We spend so much time online talking about the terrible things that we see in relation to the shooting community. New gun control laws, tactical derp, cheating scandals; there is drama everywhere. Sometimes it’s easy to forget all the good things that are going on around us; the people who are working hard to support the sports, to educate and create new shooters. Today, I want to shine the spotlight on five people I know in the industry who are doing great things and helping ensure that we have a future in the shooting sports. 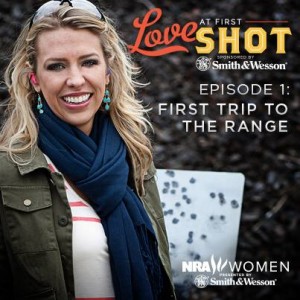 If you don’t know who Natalie is, you’re doing it wrong and you need to fix yourself immediately. Her rise to the top of the hill has been nothing short of meteoric, starting first with her blog Girl’s Guide to Guns, and resulting in her now working as an NRA Commentator as well as having her on show for the NRA, Love at First Shot. Natalie’s a lot more than a pretty face with an AR15, she’s also 100% squared away. She understands the political issues that the gun culture faces, and more importantly understands that the way to long term victory for gun rights isn’t through fiery rhetoric but rather through winning the hearts and minds of people on the fence. The only question we have for Natalie is “what’s next?”

Are you familiar with the NSSF’s First Shots program? You know, the one that has introduced thousands of new shooters to the shooting sports in a safe, fun, and entertaining environment? If you have, or if you’ve attended a First Shots event in the past few years, you have Tisma Juett to thank for that. Tisma took over First Shots in 2011, and has been busy kicking ass since then. On her watch, the First Shots program has grown, and has begun interfacing with other major industry players like IDPA and A Girl and a Gun shooting league. In person, Tisma is sort of the Energizer bunny – always ready with a laugh and a smile, and always on the lookout for opportunities to bring more shooters into the sports we all love.

Tom Hughes saved the Bianchi Cup. That’s not hyperbole in any way. Before he was brought on as NRA Action Pistol Coordinator, the Cup was in serious trouble. Shooter numbers were tumbling, there was no media attention on the match, sponsorships were down, and it had largely become a relic of the past, a shallow reflection of its former glory days. Fast forward a few years to 2014: Bianchi Cup is once again the most prestigious pistol only match in the country with the largest prize table, the most media attention, and more shooters each year. That is due in a large part to Tom, who is nothing short than a force of nature when he sets his mind to a goal. Tom went out on a limb and convinced Larry Potterfield of MidwayUSA to support the Cup. That’s been a thriving partnership ever since, as the Cup happens practically in Midway’s backyard. Tom brought in all the media he could – from peasant bloggers to big industry shows like ShootingUSA, Bianchi Cup now gets more pixel power than any other major match. I am absolutely serious when I tell shooters at the match that if they’re looking for someone to thank, thank Tom for preserving one of the crown jewels of the shooting sports. 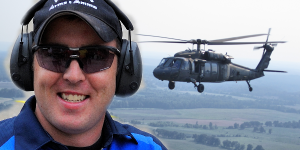 Trevor is one of the shooters on Team S&W. What sets Trevor apart from others out there is that Trevor isn’t just another shooter in a jersey, he’s a disabled veteran who lost the use of his legs in a helicopter crash in Afghanistan. Since then, he’s become an ambassador for the shooting sports to our community of disabled veterans, working closely with organizations like Honored American Veterans Afield. He also happens to be a great guy, genuinely funny and kind to everyone around him.

5. You (maybe)
At NRA Annual Meetings in 2014, the NRA launched a new campaign – We’re millions of people with 25 dollars.

There are countless ways that average people like you and me can support our continued right to keep and bear arms. Joining the NRA is both easy and an effective way to preserve our rights. You can also volunteer for your state level organizations, get involved politically and volunteer for candidates that support the right to keep and bear arms; become an NRA certified instructor and teach people how to shoot.

The important thing here is that just because you don’t run a major match, or have your own TV show doesn’t mean you can’t help preserve the right to keep and bear arms. You can do great things to make sure that you children and grandchildren still have the chance to participate in the shooting sports in years and decades to come.