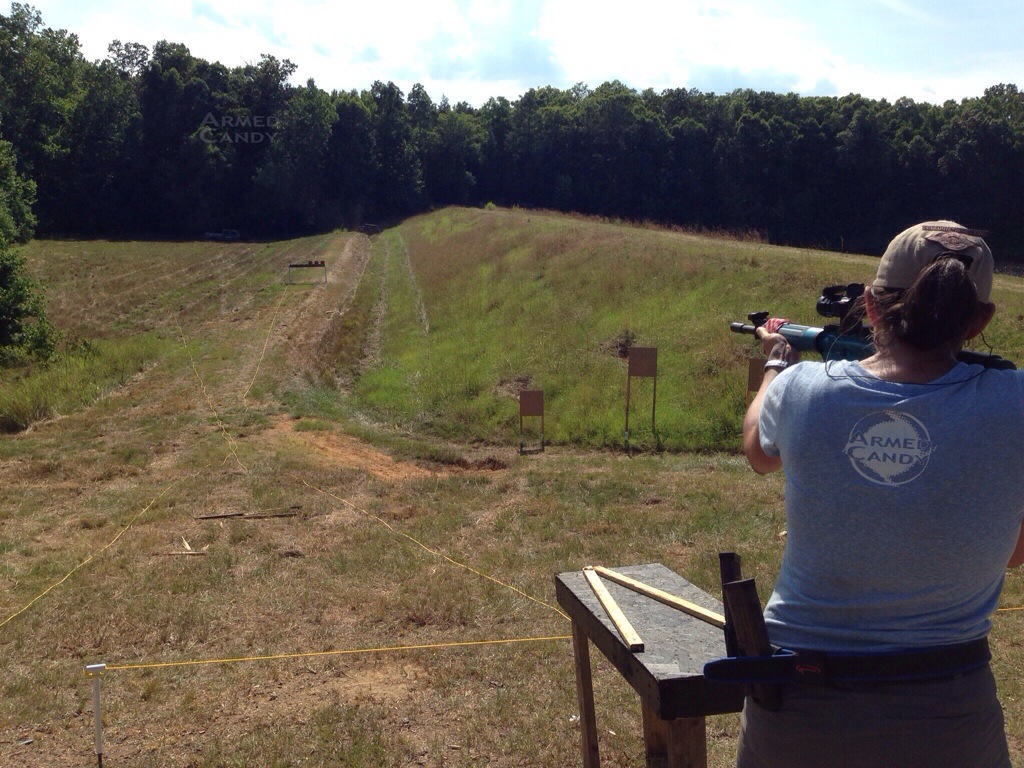 In my second stage of the Freedom Munitions Memorial match there was no rifle work, only shotgun and then pistol. There was some running down stairs after ditching ones shotgun. I wondered, “Whats’s with this stage designer?” Ladders (see my post about the first stage of this match), stairs… What’s next? Rappelling??!? To add to the issue of the stairs, we had to turn 180 degrees from the stage, in order to run down them. This inspired the fear of breaking the 180 degree rule. Fortunately we should have grounded our shotguns prior to turning around and were not to draw our pistols until we had passed a specific tree root, er, fault line. After that it was a lot of pistol shots, first to paper, then to steel. I felt confident with these two guns and had a plan that took into consideration my inability to move and fire at the same time. 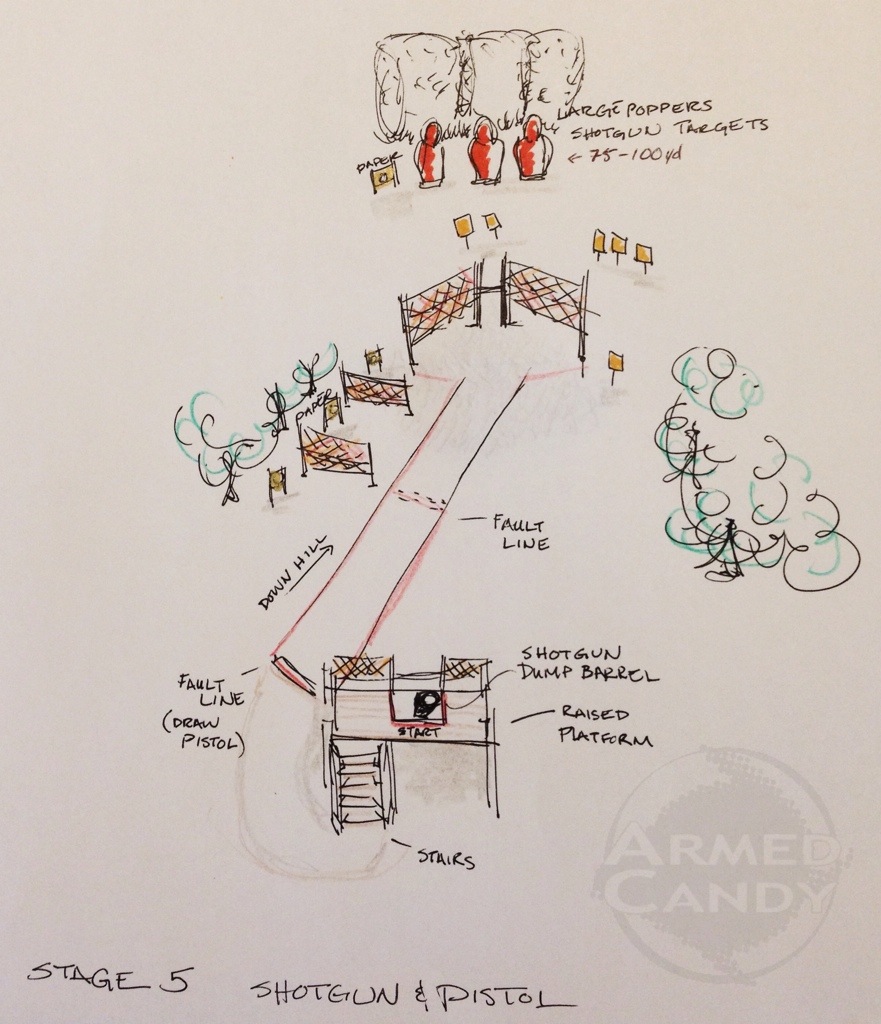 I began the stage on the platform with my shotgun and three large popper targets at a considerable distance. I was to shoot over the top of the rest of the stage and hit these targets until the fell. For whatever reason, I couldn’t hit those poppers. I emptied my shotgun then loaded it again. Still, every shot missed. I decided to dump my shotgun and move on. Had I known that every one of my shots was high (as I was told later) I probably could have moved on more confidently. The problem I think I was having was that I had not done any work patterning my shotgun with the specific shells I was planning to use in the match. I had NEVER used the slugs I was shooting, so knowing how these would work in my gun would have been helpful.

After I finished the stage I discovered that my pistol shots on the paper targets, had barely hit, though on steel I had done alright. I was obviously rushing, because these were not the type of shots that typically caused me problems. All could do, at that point, was put it all behind me because we were moving on. The next stage was the big 32 shell shotgun-only stage and I was actually looking forward to it. There was tons of small steel plates, a few distant slug targets, a few poppers and a few clay throwing poppers.

The issue I was most concerned with on this stage, was loading slugs along with bird shot and shooting the right target with the right lead. I had a very good plan and was walking it repeatedly in my mind. This was what I was doing when I realized I’d missed my “on-deck” warning and now had to rush to load my gun and get to the starting position. …But maybe we should save this stage for next week’s installment.