One of the dangers of working in a gun shop is you can see dealer level pricing on guns. One of our distributors had a special on Remington 870 Tactical Magpul shotguns in FDE, for a stupid low price. I dipped in my rainy day fund (it was raining that day so it counts) and ordered one. It’s a really good looking gun right out of the box. 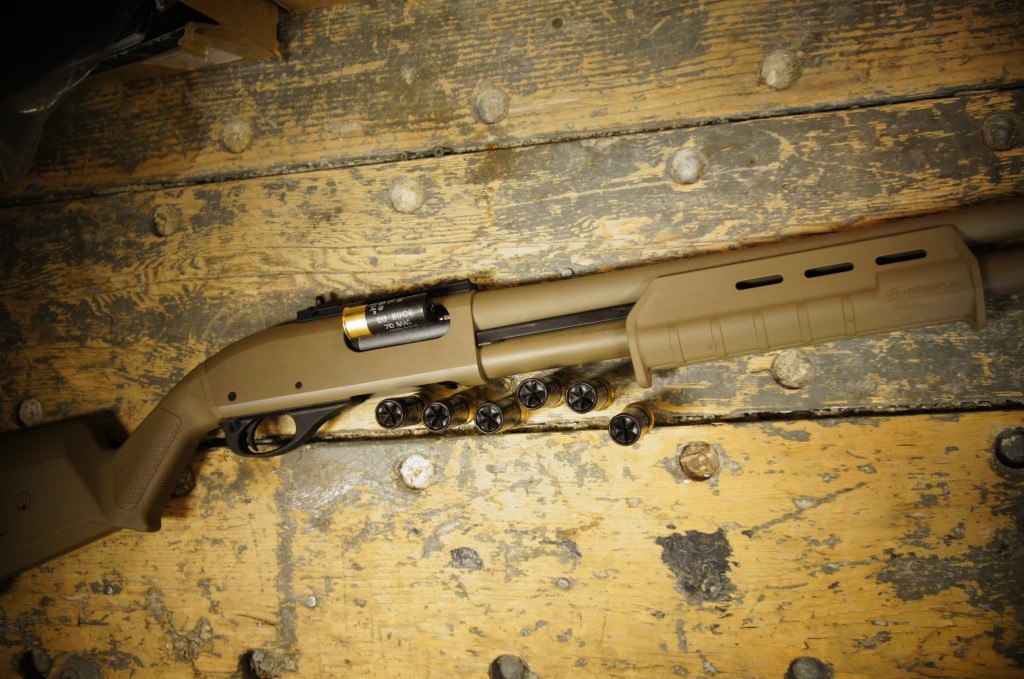 The Specs
The 870 Magpul FDE is a pump-action, 12 gauge shotgun. It features a Magpul forend, Magpul stock, XS Ghost ring sights, a breacher brake, and a 6+1 capacity. The trigger pull breaks at 4.5 pounds on this model. Barrel length is 18.5 inches, and the barrel is threaded for chokes. The gun also features what Remington refers to as their SuperCell recoil pad, which is designed to reduce the felt recoil of the gun.

Shooting
Initially, the pump on the 870 would occasionally stick to the rear with the bolt in the open position, requiring some considerable force to return the shotgun to battery. I suspect this is because of the cerakoting on the gun, which adds just enough material to the internal receiver parts to occasionally make things stick. This was fixed by dry and live fire until the contact points had worn down a bit.

At the range, the gun performed as expected, with no feeding or extraction issues. Like you’d expect an 870 to perform, so to speak. The SuperCell pad did an admirable job of reducing felt recoil, even when patterning the gun with various defensive buckshot loads. Speaking of buckshot, the gun held relatively tight patterns with most loads; the best two performers were the pictured Hornady Critical Defense buckshot and Federal buckshot. Both held approximately 3-4 inches at 10 yards, with the pattern going exactly to point of aim with the XS sights. The worst patter was with Hevi-Shot Hevi-Duty #4 buck; at 10 yards pellets were off the paper, making this load not suitable for home defense from this gun as it is currently configured. That was too bad, because the #4 load from Hevi-Shot was quite pleasant to shoot.

Also used were various all-lead target loads, to test the gun’s suitability for 3-gun use. While a pump isn’t the optimal choice for 3-gun, and certainly not a pump with a 6 shot tube, there is value to using your defensive firearms in competition. This lets you pressure your guns and gear in the only live-fire stressful environment this side of a gunfight. The 870 kept a relatively tight pattern out to 15 yards, tight enough to knock down a pepper popper at least. If I were going to run this gun in 3-gun in a pump-friendly division, I’d ditch the “tactical” choke in favor of a modified, and slap on an extended mag tube.

The Magpul stuff
Are the Magpul products really worth the extra money? Actually…yes they are. Especially the stock. The forend is fine, but I could honestly take it or leave it. The SGA stock on the other hand is probably the best factory shotgun stock on the market today. It grips well, it shoulders easily, and the adjustable risers really do allow you to change the cheek weld if you’re using optics or some other kind of sights. It really is pretty awesome. 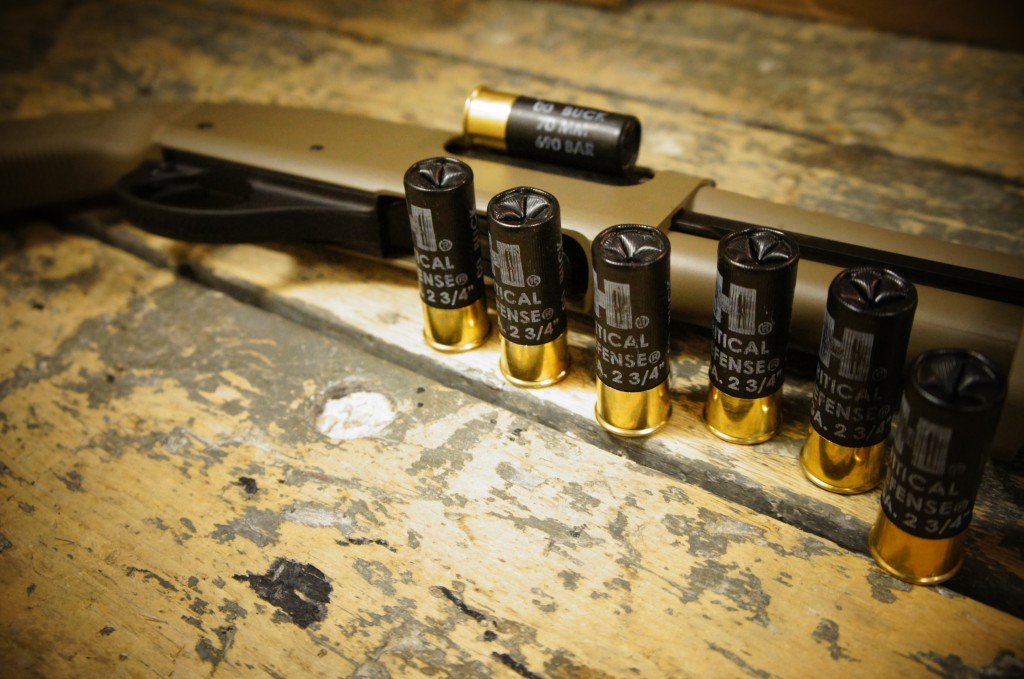 The Verdict
I like this gun. I am also a sucker for 870s, things in FDE, and thoughtfully designed products like the SGA stock. Now that the price on these guns has fallen below $600 at retail, I think they’re absolute a great deal if you’re looking for a no-nonsense pump gun that’s well set up right out of the box. If you’re in the market, or you just want another cool shotgun, you can find brand spanking new Remington 870 Magpul guns on Gunbroker for in the 500 dollar range. Pick one up, shoot it a bunch, and be happy. I’m going to throw a light on this gun shortly and it will live next to my bed.