Tragedies are an unfortunate feature of human existence that all of us will experience at some time in our lives. Experiencing some sort of tragedy may be inevitable in human life, but we can reduce the chances of self-inflicted tragedy considerably by taking the time to think through some things and prepare ourselves. When it comes to home defense, our preparation has to include a lot more than just buying a gun.

Having the gun is certainly a good feature of a robust home defense plan, but it cannot be the totality one’s home defense plan or the end result is likely to be tragedy. I’ll quote from this story in the news:

“Colorado Springs police said the unidentified 14-year-old girl was shot just before 6 a.m. as she entered her home in the 4000 block of Ascendant Drive, on the city’s northeast side. Officers rushed her to a local hospital, where she died…Officers found the girl in the basement with a chest wound, KOAA-TV reported, adding police scanner suggests she had climbed through a cellar window.”

The unidentified girl was the stepdaughter of the man who pulled the trigger. I certainly don’t have all the facts of this incident, so my guess about what happened is as good as anyone’s…but I’m going to proceed from the supposition that this step father would not have pulled the trigger had he identified the person coming through the cellar window as his stepdaughter. I’m going to guess that this shooting took place in conditions of low light, and that the shooter didn’t really have a clear read on the intruder, other than it was “somebody” breaking in…and he resorted to lethal force on that basis. 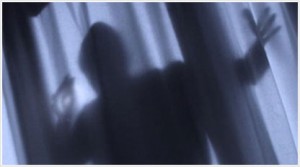 In the moment it probably seemed like a pretty reasonable course of action to the average mind. If you’ve never been in a situation like that it’s difficult to appreciate just how differently your mind works. You don’t perceive things the same way under stress that you do when you’re not in danger. Your brain doesn’t process information the same way. Once the adrenaline leaves, the situation can often look very different. I can only imagine how much the situation changed for the shooter here when he figured out that the person he shot was his stepdaughter.

In various discussions of home defense both online and offline I’ve repeatedly encountered people who are perfectly OK with the concept of shooting at some shadowy figure in the dark. I’m not. I hold that you need to be able to clearly and specifically articulate why you are about to try and take another person’s life. “They’re not supposed to be here!” is really only a justification for the use of lethal force if you are charged with guarding a secure facility. If you trespass past a certain point at a nuclear weapons facility, the armed guards at the place will kill you. That’s because of the dangerous nature of what they are guarding. The physical layout of those sorts of places generally makes it impossible for someone to be in the lethal zone by accident, so it can be safely assumed that unauthorized personnel in secure areas are there maliciously.

The typical family home shares nothing in common with a nuclear weapons facility, including the ROE used at them. Someone forcing their way into your house through a door or a window certainly does rank as a potential threat, and you should absolutely be prepared to confront the intruder…but confronting the intruder is not the same thing as shooting at them. The confrontation does not necessarily require a conversation. Something as simple as using a hand-held or weapon-mounted light (or, barring that, just turning the lights on in the room) to get a visual read on the intruder can provide a great deal of information. If when you shine the light you see a person you don’t recognize with a weapon in his hand, it’s probably a safe bet that he isn’t breaking into your house to tell you about Jesus. Do what you must.

On the other hand, if it turns out that the person climbing through your window is actually your misbehaving stepdaughter trying to sneak back in after a night of unauthorized partying, it’s a hell of a lot better to figure that out using a burst from your SureFire than your Glock.

Home defense is about more than just having a gun. You need a home defense plan, a multi-faceted strategy that is the result of carefully considering possibilities and preparing a course of action ahead of time. If you don’t apply some thought to this ahead of time with realistic consideration of the possibilities, you’ll find that making up a plan under stress cold turkey sucks.

While we shouldn’t be reluctant to use violence when it is called for, we should never allow that to devolve into viewing the use of violence casually. You don’t want to come to the understanding of the gravity of pulling the trigger when you recognize the person the paramedics are rolling out on a stretcher to be your stepdaughter. Even if the police rule it as an accidental shooting and you face no criminal sanction, you still have to live with having killed someone you were supposed to protect. To me, that sounds like a recipe for hell on earth…ceaseless torment.

…and all over something that could have been avoided with a SureFire and a little bit of clear thinking ahead of time. Self defense isn’t a game, folks. Take it seriously. If you’re going to have a gun for home defense, then by gum establish some guidelines for yourself that you can call upon while your mind is racing at a million miles an hour. Setting clear rules for your use of force ahead of time will help you make decisions more clearly under stress and will probably go a long way toward avoiding this kind of horrible outcome.