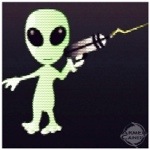 One of my favorite things about attending different shooting events as “press” is that I am given access that allows me to hear the stories of many different types of gun lovers. I can also ask just about any question and nobody thinks it’s weird when I take notes while they answer. While attending the NSSF’s First Shots class at Adventure Outdoors in Smyrna Georgia this weekend, I heard a wide range of interesting tidbits, some of which I’d like to share and discuss.

I’ll admit, when I found out that, William, the instructor of the First Shots class, was originally from the north east, I got a little excited. I keep meeting northern gun lovers or folks that break the stereotypes about American gun owners and each time it renews my sense of belonging to such a group. William informed the class that each of his family members and almost all of his closest friends are also part of the gun loving community. He shared that he and his brother use shooting as brotherly bonding time. Also, he and his girlfriend shoot competitions together. “Shooting is so much fun, it’s hard to explain,” he told the class.

I can’t help but agree with William’s loss for words. It was the same feeling that made me become a regular at the range. Then again, he probably enjoyed shooting and explored the world of guns, without the raised eyebrows that many of us odder ducks still receive. When a person hears about my gun passion or my writing, their response is as predictable as recoil from my favorite pistol. So too, has my response and explanation become well-rehearsed. What I still find so interesting about all this, is that the differences among gun people are, across the board, one of our most common features. Why then do folks seem so shocked, when a pretty Jewish girl, born and raised in Manhattan, shows up at the range and knows her stuff?

I’ve met so many of these atypical gun people, yet we are still considered surprising. It makes me wonder, how can this be?