I had a couple of thoughts when I saw this blister pack black powder revolver in Bass Pro the other day. The first was “inflation sucks” because I remember when that exact same kit was selling for $179.99. 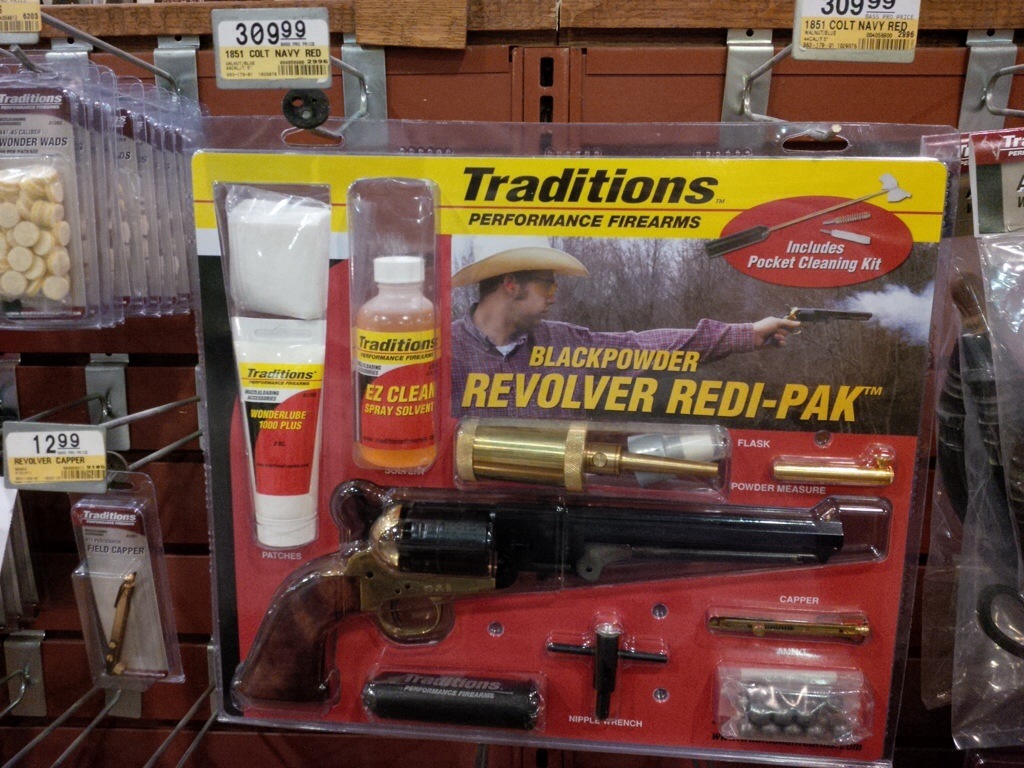 My next thought was how awesome it is to see this sort of thing. I mean stop (collaborate and listen) for just a second about what you’re looking at. It’s a blister pack with a gun in it. Yes, it’s a black powder firearm which isn’t regulated as a “firearm” but the government, but that’s just semantics. That’s a gun, and everything you need to fire it except for powder and percussion caps, which by the way were conveniently located right next to the blister pack.

It does suck that the kit is now going for $300+ though. It was a pretty screaming deal back when I was heavy into black powder, and with the price point just south of a decent .22 pistol, it’s hard to see the appeal of this as a starter gun. However, if you’re looking to get in to BP revolvers, this would be the route I’d recommend. Yes, the gun is brass framed, so you’ll never be able to convert it to a cartridge gun, but for an entry level BP kit that provides you with everything you need it’s actually pretty good. Just get some good Goex powder and Number 11 caps and you’ll be having the best old-school fun possible.