Back in the 70s, the revolver was still the King of Police Guns. While its popularity waned in the 80s during the era of the WonderNine, there were still plenty of cop holsters filled with blue or stainless six shooters. Ruger’s initial entry into the mid-framed revolver market was the Security Six line of guns, which also included their brothers the Speed Six and Service Six. The Six-Series were stronger than the contemporary K-frames made by Smith & Wesson, at the cost of some of the elegance of manufacturing found in the S&W guns. 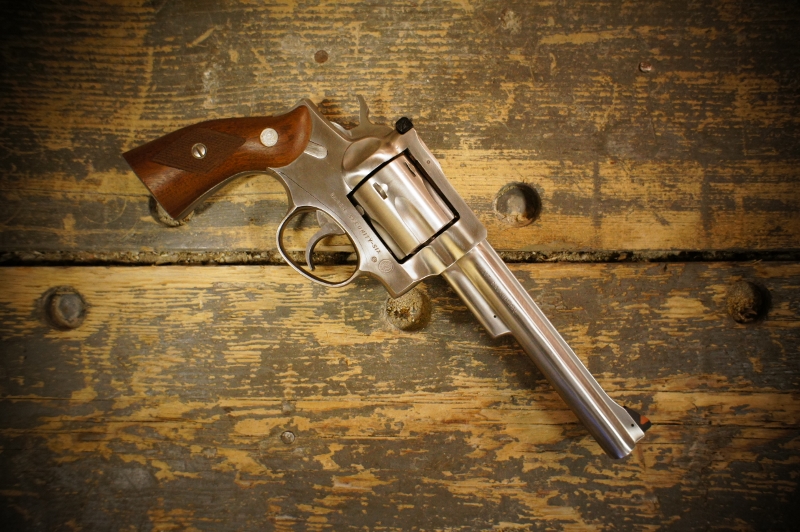 Unlike the K-frame, the Ruger’s mainspring is a coil spring which doesn’t allow for the sort of action fine tuning in the action that you can get with the leaf spring in a Smith revolver. The Rugers are generally regarded as fine examples of Ruger’s dedication to over-engineering and durability as a design ethos. That being said, the Security Six is positively svelte when compared to the later GP100. The six inch gun pictured tips the scales at 37 ounces, compared to 41 ounces on our four inch GP100.

The Security Six was available from 1972 until 1988, when it was finally discontinued by Ruger. It still enjoys a cult following among Ruger enthusiasts, and in my opinion serious wheelgunners as well. It’s a bit smaller than a S&W L-frame, but much stronger than a K-frame, meaning it can digest a diet of full house magnum ammo longer than most shooters would be willing to tolerate. Having owned contemporary revolvers from Colt and S&W, I’d pick a Security Six over anything from the era, except a Python. 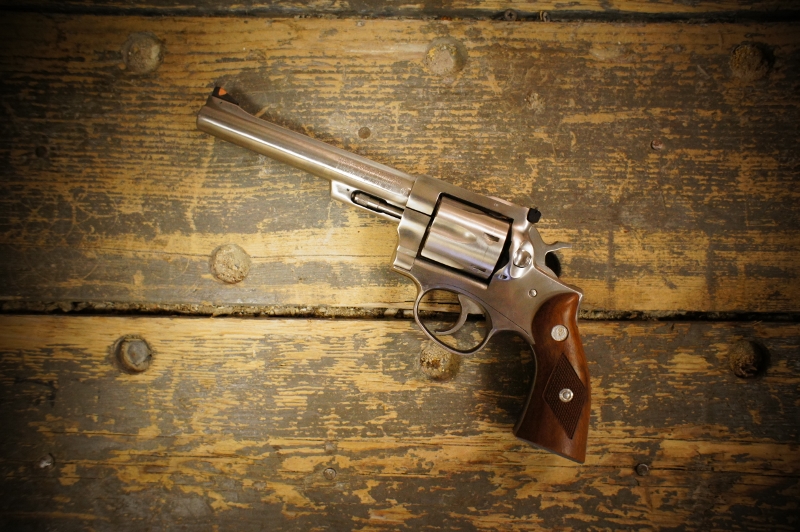 The gun pictured has the serial prefix 158, which dates its date of manufacture to 1982. It’s still wearing the original Ruger factory grips, which I’ll replace with a set of Pachmayr grips for the classic Border Patrol look. The trigger pull in DA mode is smooth with a bit of stacking at the end, which is to be expected from Ruger’s coil mainspring. The SA pull breaks right at 4 pounds and is nice and clean. The gun just showed up in the shop today so it hasn’t even been test fired, however an initial examination shows that for a 31 year old gun, it’s a lot better shape than other things in the room that share its date of birth.

Used Security Sixes and other Six-Series guns are available online for a pretty wild price range, with the average specimen going for about $400-500. There are a few “rare” guns that you’ll see four digit price tags on, but if you’re looking for a solid wheelgun that will last you a lifetime and won’t break the bank, go snag a used Six before they’re all gone.