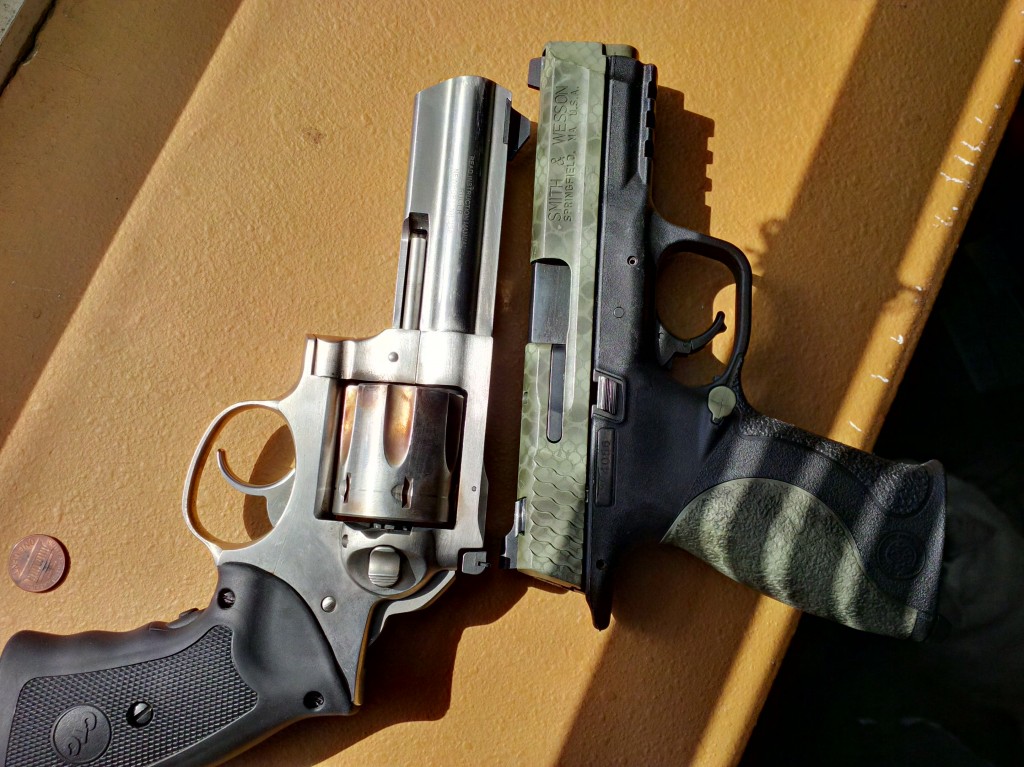 Turns out I was wrong. I’m actually a little surprised by that, but when you examine the two guns side by side it makes sense. The M&P has to have a whole bunch of stuff behind the barrel and chamber that makes the gun work, whereas most of the revolvers “make the gun work” mechanisms are housed in the grip or below the cylinder. The length difference is pretty visually clear and is a lot more than the 0.05 inches of difference in barrel length between the two guns.