This post could be titled “things I didn’t like until I tried them and now I can’t live without”. I used to look at folders with the Emerson Wave opener and think they were ugly and dumb, and while I still think they’re kind of ugly, after a month with my Lone Wolf Tactical Armorer’s Tool

with the Emerson, I love it. Here’s the basic idea – if I need to open the knife slowly, I can. I just draw it out of my pocket and flip the blade open with the thumbhole like I would any other folding knife in the world. 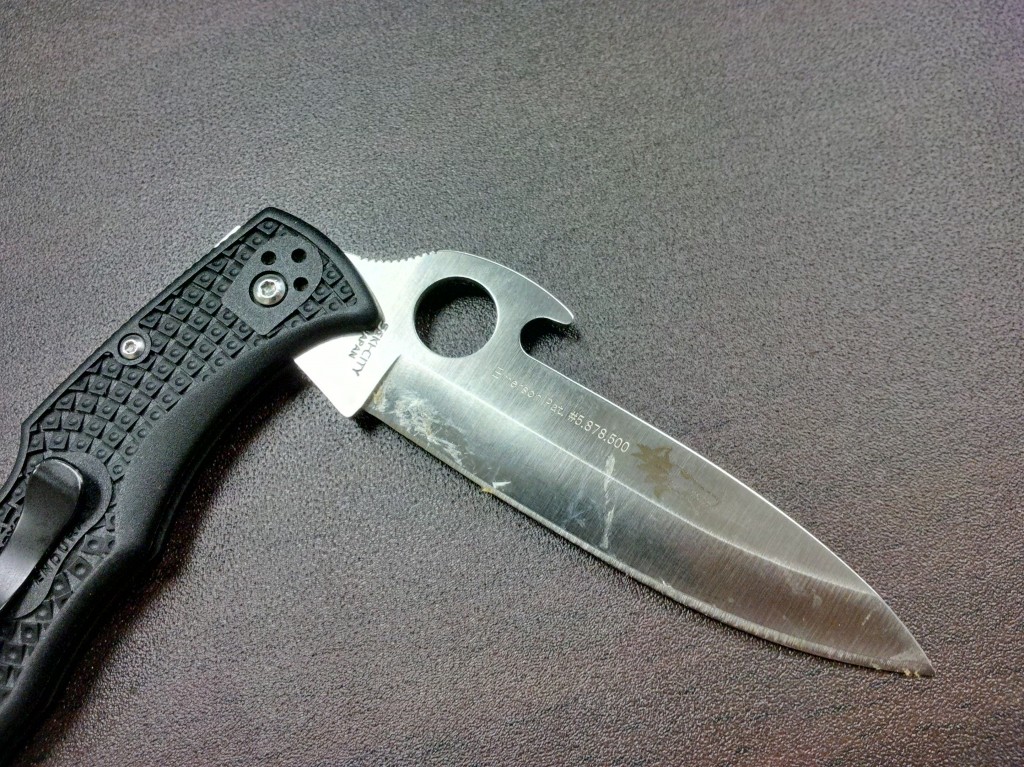 But if I need to open my knife in a hurry, for example if I’m attacked by a horde of rampaging Granny Smith apples, I just drag the knife out of my pocket with a slight twist, the Wave catches the inside of my trouser pocket, and boom the knife if open and ready to tactically slice apples. As you can see from the photo, I don’t baby my knives. They get used a lot, and they also get frequently sharpened when they become dull from said frequent use. I don’t want to have a dull knife in my pocket any more than an unloaded gun. Spyderco will actually sharpen your knifes for you, but honestly if you don’t know how to sharpen a knife, it’s time to turn in your man card. That applies to ladies as well; just get one of the Lansky 4-Rod sharpeners and you can put a great edge on your blades in no time.

Back to the original point, I highly encourage you to check out the Wave feature for your next folding knife. It may not be for everyone, but I certainly like it. Easy one handed opening in a defensive situation is a really cool idea!