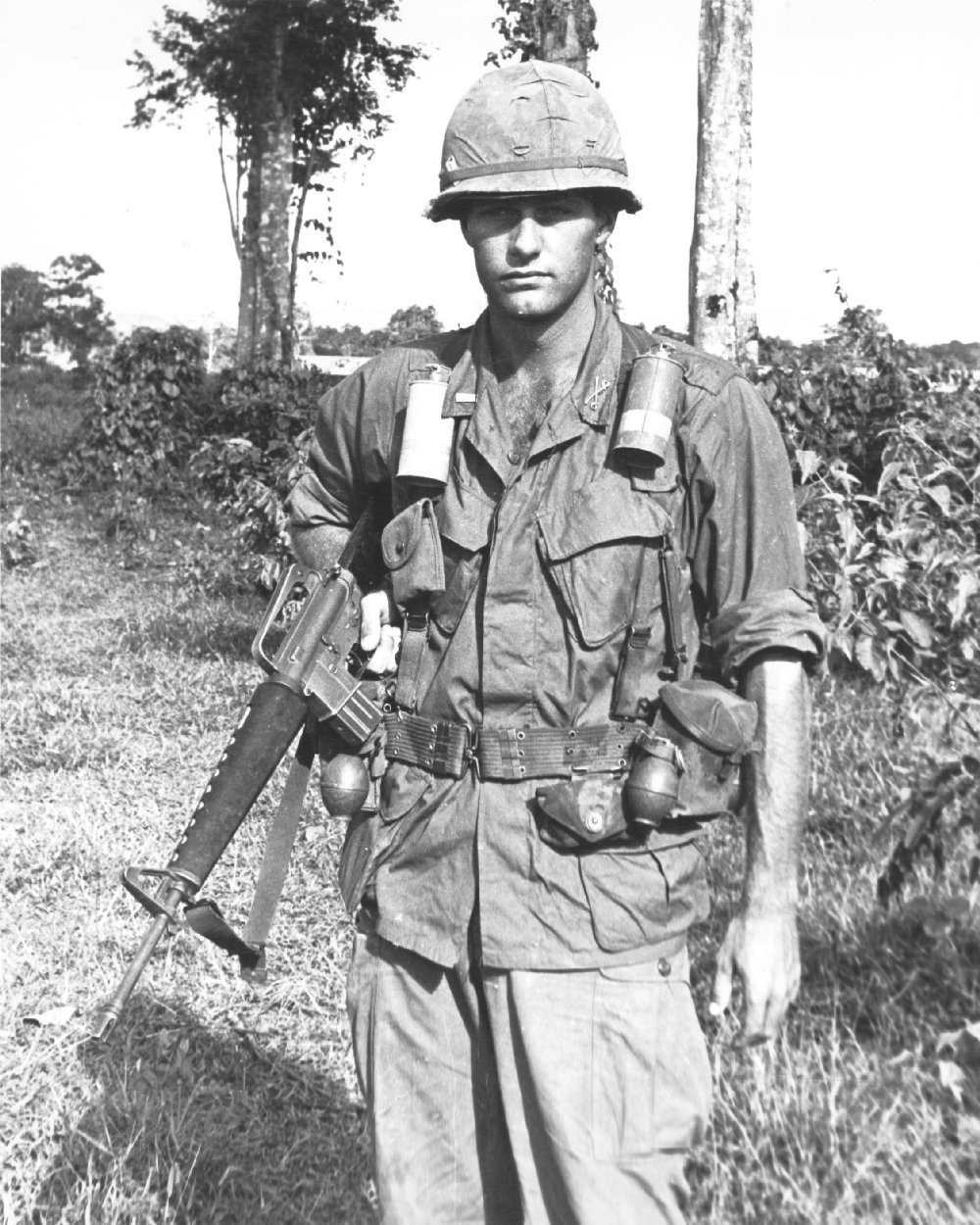 On Monday we learned that AR-15 was not automatically accepted by the US army when it was invented. The rifle was too new in concept for the conservative military decision makers of the 1950s but in 1960, everything changed. As the Vietnam war ramped up the M16, the military version of the AR-15, was shipping out with each soldier. But the story was far from over. The troops had been issued the M16 and told the the gun was “self cleaning”. They weren’t even given cleaning kits. While many were not properly trained on the M16, the bigger issues came from the skimping by the military. The decision was made to use to ball powder, rather than stick, in the ammo made for the M16. Also, the government had opted to follow the AR-15’s original design, (a design created for sporting, not the battlefield) and the chamber of the M16 was not chromed.

As the US troops moved through the jungles of Vietnam and began using their M16s, the guns began to fail. Though there is no way of knowing how many men died because their guns jammed during a fire fight, just the thought of this is a horrific occurrence. Slowly the government was made aware of the problem and cleaning kits became standard issue. Quietly the original chambers were swapped for chrome plated, and troops received training on how to keep their M16s in good working order.

At the height of production, Colt was shipping 45000 guns each month. They were also marketing the heck out of the civilian model. The AR-15 became so popular, even the toy maker Mattel, offered a smaller toy M16 in the mid 1960s. Mattel’s plastic rifle did not help the AR-15’s image as a less-than-serious-weapon. However, after 1967 the army’s issues with the guns were resolved and most soldiers were very happy with their M16.

The M16 returned to the focus of the American public at the tail end of the 20th century, when police departments in major US cities began buying up surplus rifles and issuing them to their officers. The catalyst for this was a shoot out in 1997, in Los Angeles California, between bank robbers with fully automatic rifles and police who were out gunned. Only a few years prior, the federal government enacted a ten year ban on rifles with certain features. These features included a collapsable stock, a pistol grip and a flash hider, just to name a few. The ban targeted rifles like the AR-15 and AK47, but in 2004 the ban expired. Today, in most states, Americans may legally own the AR-15 again.

Very recently, states such as California and New York have resumed their focus on laws against evil parts of “assault rifles”. Along with the previously utilized definitions, California has created the “fixed magazine” requirement. These laws have inspired many in the firearms industry to design products that circumvent the wording of the laws while allowing gun owners to have a more normal shooting experience.