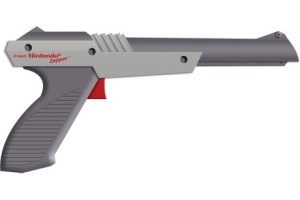 I will begin by saying that I have never found any excitement or enjoyment in video games. Therefore, it would not change my life, in the slightest, if every game were to suddenly self-destruct. But since some people seem to appreciate playing these games, I will attempt to avoid offending those delicate sensibilities.

It has been said that video games are one of the causes of violence in today’s society. I know a ton of people who play these games and can differentiate between stealing a car on the screen and driving responsibly down a city street. However, I don’t think I am selling people short, by assuming that many can not. I worry about toy guns and shooting video games, because they allow confusion over the seriousness of firearms, but with proper explanation, confusion can be negated. Unfortunately, most kids are not given good explanations and are being left to figure it out on their own.

So here is the dilemma, what some people see as good clean fun, others are misunderstanding as a lesson. My first solution concept was to replace all realist guns in video games with water guns… I quickly realized this was a “gun-control”-like solution. Then I came up with this, if games are becoming more realistic and that’s what gamers want, then give them realism. If a player gets shot to death in a realistic shooting game, they can’t just hit reset and try the level again, for them the game no longer functions. This would clearly depict the repercussions of a deadly shooting, and eliminate confusion, don’t you think?

(Please note the tounge-in-cheek nature, in which, the previous was intended.)

Does all this seem a little reactionary to anyone else? Remeber the concept of, knowing the difference between right and wrong? Why does it seem as though fewer and fewer people know this concept? Are we over worked? Over scheduled? Radiating our brains with cell phones? I’d really like it if our country could still accept simple, linear, cause-and-affect logic, and then just, reverse the stuff that was a mistake. (Rather than shoveling more s**ty ideas on top of our problems.)