In Part 1 of the review I discussed day 1 of the class, which focused largely and getting the top end of the gun working right. 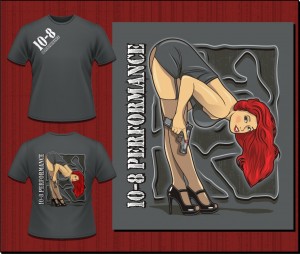 I glossed over some of the stuff that I learned on the first day, like dealing with the Series 80 parts in the slide, because the big takeaway on Day 1 for me was how to tension a 1911 extractor. One of the other things discussed was why the external claw type extractors are a bad idea on a 1911; the primary reason is that when it goes, which it does, getting the gun back up and running is difficult. Sig and S&W don’t really make the extractor springs readily available, so a Sig 1911 or S&W 1911 with a broken extractor has to go back to the factory. However, now we’ll look at Day 2, the final day of the class.

Day 2 focused mostly on the bottom half of the gun. Issues addressed on guns included sear engagement, magazine catch, plunger tube, trigger bar, sear spring – all the stuff in the bottom half of the gun. I learned to not remove the mainspring pin with the hammer cocked unless I wanted to fire my mainspring housing across the room, but more importantly I learned how to affect the trigger pull and reset of my Colt by working on the sear spring.

For me, the 2nd day of class was the most valuable, as it had the most information on how to overcome the little things inside a 1911 that affect the trigger pull and reliability. I also had lots of opportunities to practice installing the little Series 80 bits inside the frame of the gun, which lead me to purchase a Series 80 replacement plate, which replaces the little parts and effectively converts the gun to a Series 70.

Interestingly, I was quite successful in my modifications to my 1911 trigger. I gave it much more of a rolling break with a positive reset, possibly becoming the first person to intentionally make a 1911 trigger feel like a Glock trigger. Day 2 spent a lot of time focusing on the sear/hammer engagement, making sure the surfaces are mating together correctly and safely. This is where a lot of kitchen table gunsmiths go wrong, by shortening the hammer hooks or cutting too much metal off the sear…or both. These mods are the primary cause of hammer follow in 1911s with “light” trigger jobs.

After working on sears, hammers, and other bottom parts of the gun, we went to the range to test fire again. The guns were once again subjected to the 50 round function check. This time, the Colt passed with flying colors. After test fire, students whose guns had failed the test received additional wrenching to hopefully get them to an acceptable state before the class was finished.

Tomorrow we’ll conclude the series with part 3, which will focus on lessons learned in the class and general thoughts/commentary generated by the class.