Caleb has me shooting revolvers.  That’s what I get for convincing him to run a classifier with my Kimber

When I was first assigned the task of carrying the Model 60 I was not overly pleased.  I had it in my head that I was not going to enjoy this little venture, and was out to prove there were reasons I didn‘t carry a j-frame.

Well, that’s out the window.

Saturday I put 6 rounds through the gun; I went home that night fairly unimpressed.  After expressing my frustration and receiving some instruction from Caleb I saw some potential and decided to give the little j-frame another  chance. 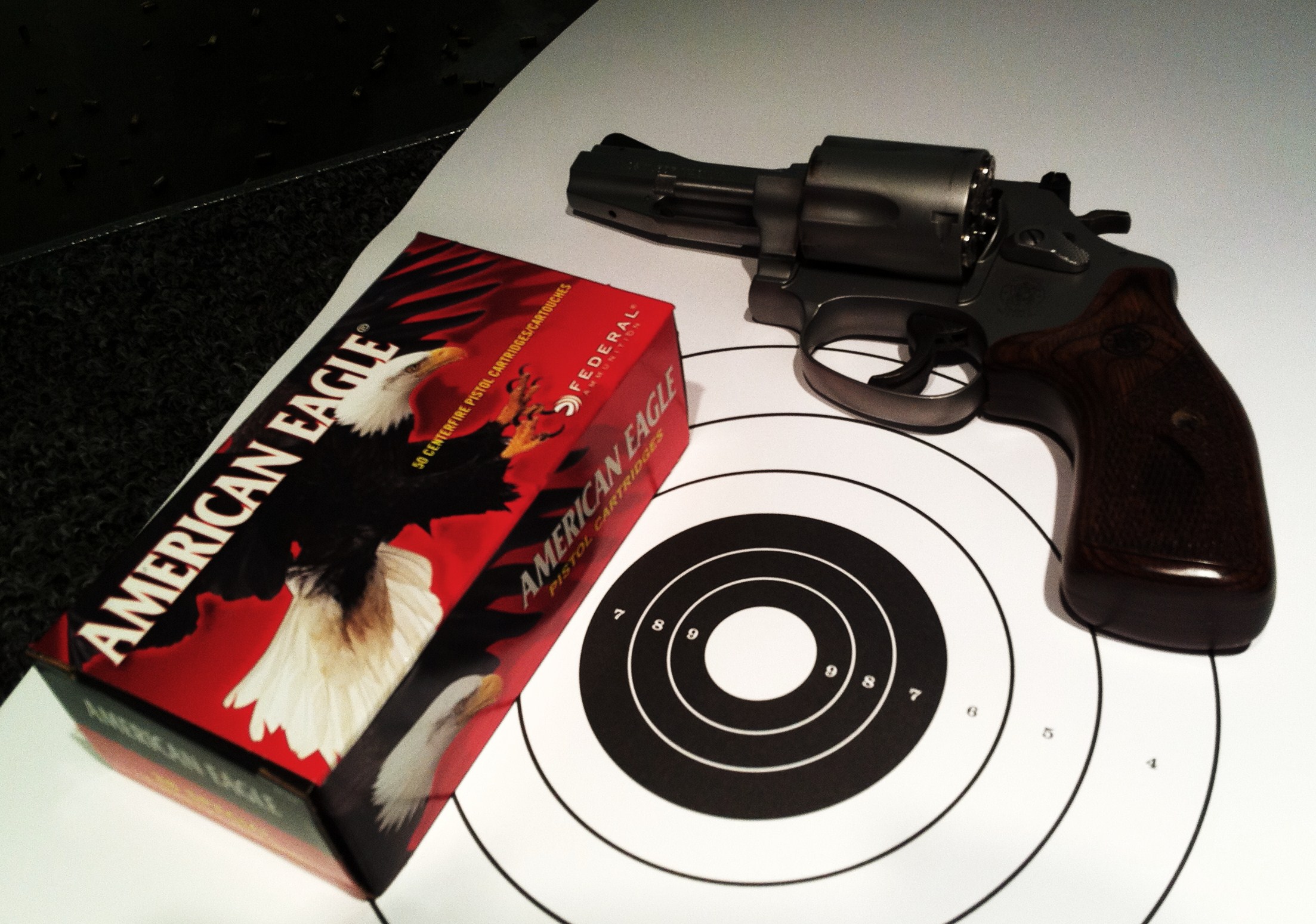 I spent as much time as I could Monday and Tuesday morning dry firing and doing reload drills. (Not as much time as I would have liked, given that work thing where they expect me to help customers and, you know, do stuff.)  By Tuesday afternoon I was feeling a lot better, and that day I made a brash decision and decided to shoot the Model 60 in our Tuesday Night Pistol League.  I shocked myself.  I won’t pretend that I went fast, but forcing myself to slow down, focus on my trigger pull and get out of my own head presented two of  my most accurate runs ever.  I didn‘t do it quickly, but I hit what I was aiming at.

The next day I ran a classifier with Caleb’s Smith & Wesson 686.  Again, I went slow, but, again, I hit what I was aiming at.  This was huge for me, as I’ve spent the past few months fighting a nasty trigger slap and a high level of recoil anticipation, admittedly developed from spending too much inexperienced time behind my beloved alloy frame 1911.

That evening, we headed to West Coast Armory and met a couple friends for an impromptu evening training session in the open movement bay.  We set up a few IPSC targets and ran through some drills, designed to help each of us improve our IDPA skills.  About halfway through this session I realized what I need to work on: my press out.  Go figure.  Now that the bullet is going where I am pointing the gun I need to work on getting it there faster.  It’s nice to have something to work on besides “Why do I keep flinching and putting the bullet there?!”

All I’m really trying to say is that this double action revolver thing is pretty cool.  I never thought that using a revolver would help my shooting like it has.  The double action trigger has forced me to slow down, and eliminating my own expectations of myself has really helped me improve my mental game.