It has been a long time since I fired a shot from a semi-automatic handgun in serious competition.  After Bianchi Cup last May, I switched almost exclusively to double action revolvers (excluding my brief but fun flirtation with the Springfield XDM) and haven’t really even done any dry fire practice with my 1911. In the last year, I’ve fired over 10,000 rounds out of various double action revolvers, and I’ve come to the conclusion that revolvers make you more awesome.  Not just a better shooter, but an entirely more awesome person.  The science is settled.

If you can manage a double action revolver trigger, you can shoot any trigger on the planet.  Last night, I hauled out my beloved 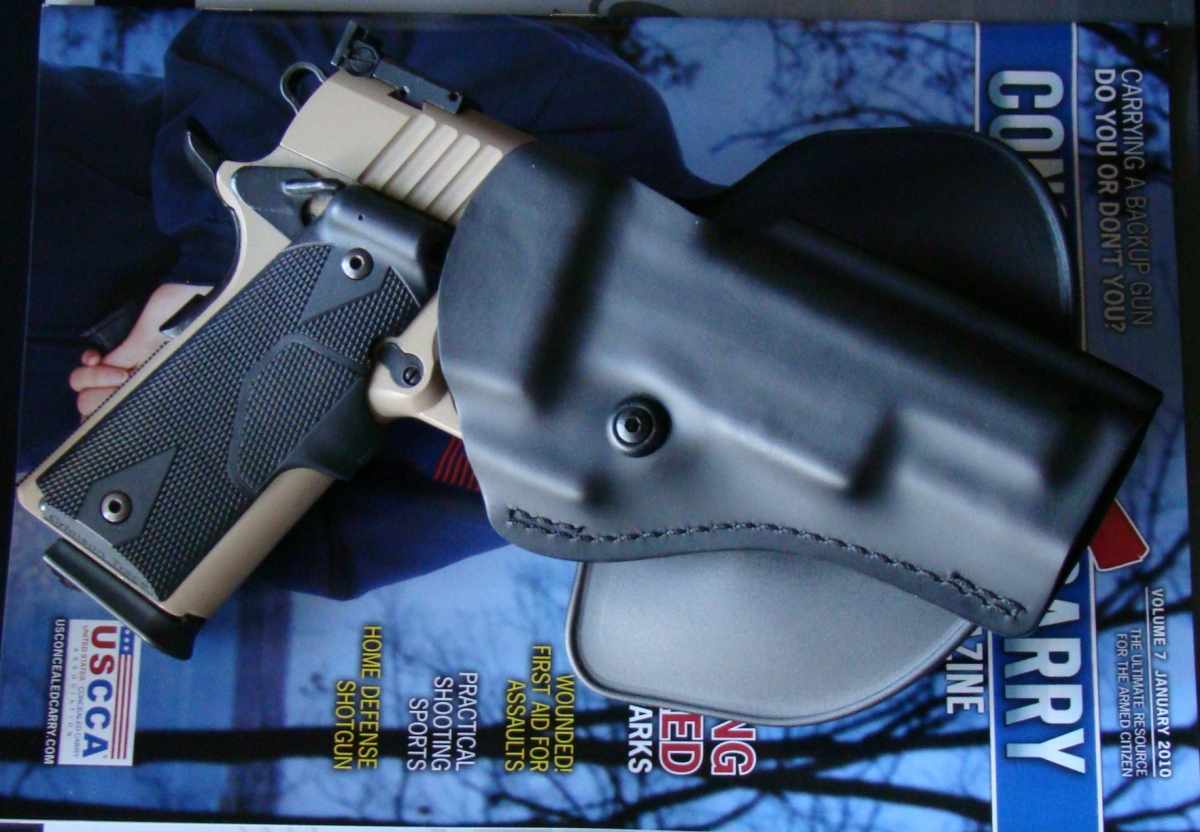 ParaUSA LTC 9mm that received the Todd Jarrett treatment just to do a little dry fire practice.  Using my favorite dry fire target (a light switch on the wall) about 7 yards away I settled in, and hit the start button on my timer.  I had set it for a 1.5 second par time, which is about the fastest I can get my 625 out of an IDPA holster and on target with a good hit.  The timer went off and as I live and breathe the 1911 flew into my hand like a friggin’ magnet and before I knew it the thing was on target and the shot had broken.  Then the timer beeped a second time, indicating my time was up.  So okay, I went to 1 second.  No problem.  After almost a year of shooting nothing but revolvers, I was consistently hitting 0.95 second draws with my 1911.  That was a pretty awesome feeling.

Seriously, shooting a wheelgun will make you a more patient person in real life.  If you’re like me, you try to apply lessons learned in practical shooting to your everyday life.  Although sometimes the metaphor can get a little strained, the lessons I’ve learned from shooting revolvers have actually been beneficial.  In USPSA and IDPA, I’m more patient when I’m shooting a revolver – there’s no temptation to just hose bullets at a target because I know that with only six in the gun, I have to make every shot count.  So I’m a little more deliberate with the trigger and a little more patient with my sights.  Take that to real life, and it applies in my “day job” – anything that I’m setting my metaphorical sights on could benefit from a little more patience from me.  The extra time taken to do the job right isn’t wasted.

Seriously, my forearms are ripped, and it’s in part due to the hojillions of dry fires I do on a regular basis with wheelguns.  All stud, no softy.

I know I talked about it with the dry fire example above, but think of it this way.  If you can shoot a gun with a 10 lb trigger that only holds six rounds and win matches, then imagine what you can do with a with a 4 pound trigger and 10 round magazines in Production, or a 3.5 pound trigger and 22 round mags in Limited.  The possibilities are nigh endless.

In fact, I would go so far as to say that everyone should own a double action revolver, even if you only use it for dry fire.  If you can dry fire a DA revolver quickly without wobbling your sights, your Glock/1911/whatever will be a piece of cake.