Les Baer, renowned pistolsmith and maker of fine 1911s has a new pistol out that will appeal to the IPSC and other competition shooters out there.  It’s called the Les Baer HC 40 – a high capacity (19 round) .40 S&W pistol built on a Caspian frame.  The features list from Les Baer Custom includes the following: 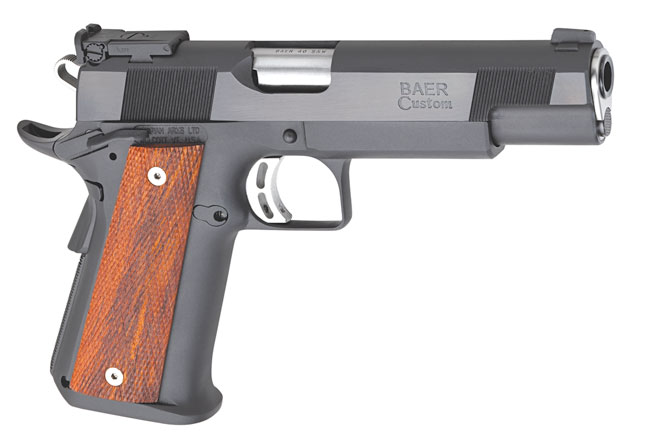 MSRP isn’t listed on Les Baer’s website, but according to my latest edition of American Rifleman, it’s $2960 – which according to my calculations equals 2 Glock 35s (at $500 each), 30 15 round magazines for the Glocks, a great holster from Blade-Tech, and still have 900 bucks left to spend on ammo so you can practice. The only reason I point out that is because a couple of guys named Sevigny and Vogel are doing everything in their power to prove that you don’t need a whizbang high dollar gun to win in USPSA.

In all seriousness though, Les Baer puts together great guns – if you’ve got the money and the inclination, you’re not going to go wrong buying the Les Baer HC 40 for self-defense, IPSC, or IDPA competition. It will be a top-notch blaster from the factory, and you will have the pride of ownership in a custom competition firearm.