My favorite wire service, The Tactical Wire, has an unfortunate typo in their headline this morning.  The headline reads “Frank James passes away”, which caused me QUITE a shock, as I know Frank, and would have heard from the Indiana grapevine (corn vine?) if something was amiss.  Needless to say, I read the article to find out that it was referrencing Frank’s memorializing of Jack Lewis, whose death was a great loss to the firearms and shooting community.

I don’t mean this to make light of Jack’s passing, however I do think that someone might want to let Frank know that the Tactical Wire thinks he’s dead.  Here’s the screen grab for posterity. 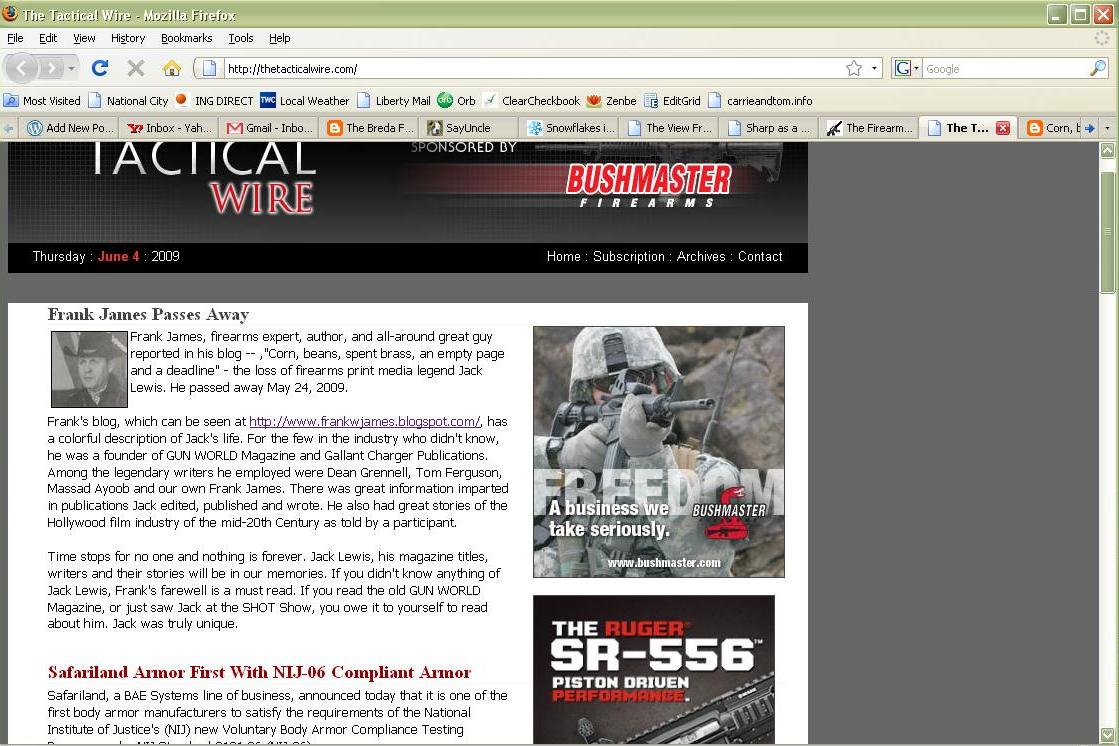