I get accused from time to time of being biased against certain guns, or unfairly targeting certain brands for “bashing,” whatever that’s supposed to mean. That’s not really true, although I can sort of understand why people would get that idea. I certainly am biased against certain types of guns, but I’ve come by that bias honestly through experience. I didn’t just wake up one morning and decide “lolscrewTaurus” or something like that.

I’m going to use some specific examples today, and they’re all brands that I’ve been accused of bashing, and indeed they are brands that I’ve written some unkind words about in the past. But never unfairly.

Taurus
Let’s get this first one out of the way. Yes, in the past I’ve had a business relationship with Taurus. That began a long time ago, when a good friend of mine was running their PR and Mark Kresser was their head honcho. Taurus bought ads from us, but I would like to add that they never purchased favorable coverage. Mark flew Shelley down to FL to tour their factory and show her how he was attempting to improve Taurus’ quality control processes and reputation.

Obviously, Mark’s tenure with Taurus ended abruptly, and any reforms he was attempting to institute with him. Interestingly, the current PR guy at Taurus is another friend of mine, who I originally met when we was working with Federal/ATK (which is now Vista Outdoor Group). But my issues with Taurus really begin a long time ago.

See, I used to be dumb. I mean, I still am dumb, but I’m a little less dumb today than I was when I first started blogging 10 years ago. I wanted to believe that Taurus could make a gun as good as a Ruger or a Smith for 2/3rds the cost, and so I bought, with my own money, several Taurus pistols over the years. Here’s a simple recounting of that list.

So there’s my problem. My personal experience with Taurus is two guns that were just okay, one that was good/great, and three that were absolute crap. The problem is that Taurus has had some really cool ideas. As much as I made fun of the Curve, it was at least an idea that was out of the box and showed some though. But…their products, man. I’ve had too many issues and seen too many problems to get excited about them. Which is too bad, because I think they really do have interesting ideas from time to time, and it makes me feel worse because I genuinely like their PR boss.

Springfield XD
Here’s another brand I get accused of hating, which is odd. Yes, I’ve made a lot of fun of the XD pistol, but I’ve never really talked too much shit about them, other than rating the XD as the most overrated gun ever. Which was on a humor post, but it still caused hurt butts. I actually think Springfield makes some of the best 1911s on the market, and wouldn’t hesitate to recommend one of their 1911s to someone looking. 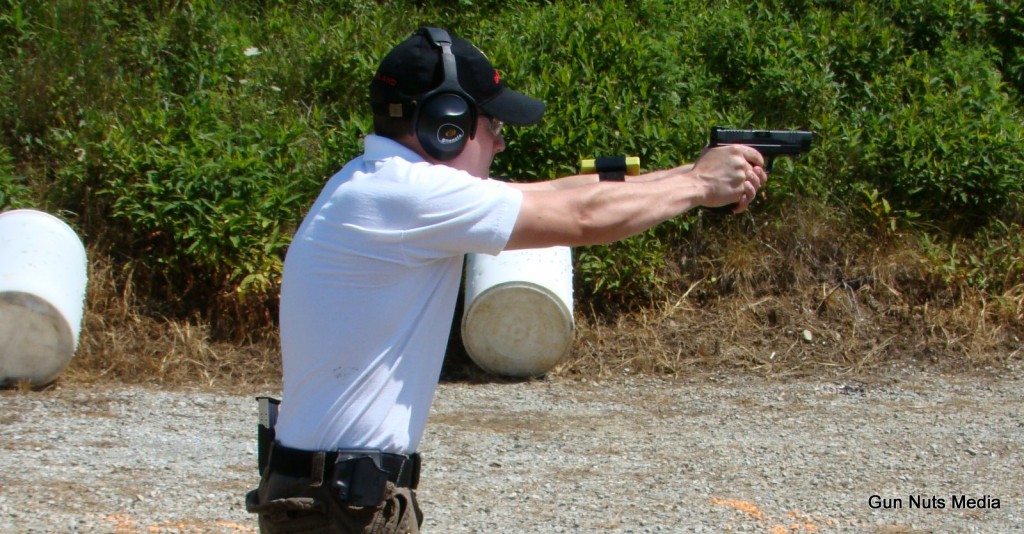 So you’re probably wondering why if I’ve had three XDs that all worked just fine, why do I bust their chops so hard? Why don’t I recommend them to people? Well, generally it’s because of XD fanboys to be honest. Every time you say something positive online about Glocks or M&Ps, someone says “but mah XD is the bestest”, or if you say anything negative about them you get deluged with comments about how “mah XD has fired 500 flawless rounds.” Truth be told I don’t hate them. I have seen some of them experience some really interesting failures, including one where the grip safety locked up with a cartridge in the chamber, rendering it impossible to retract the slide. That sort of put me off my feed. But honestly, I don’t hate them. I do hate their marketing. I think “Grip Zone” is just execrable, and naming their tiny little single stack the “XDs” was really dumb, because then how do you pluralize XD without causing confusion? Also, their 1911s are still pretty boss.

That’s pretty much it. Maybe I’ve been unfair in my treatment of the XD, but it’s usually because hits pay the bills, and XD fans are about the best example of “it’s the hit dog that yelps” that I can find on the internet. Plus, it’s a 100% fact that if you see someone open carrying an XD .40 in a SERPA that the person carrying it can’t shoot for crap. So with these two examples, we have one where experience had brought me to a reasonable conclusion, and another where I’m trolling for lolz. I’m not sure what you’re supposed to take away from this post, and holy crap it’s like 1,500 words long, but here we go. Hope you had fun!

P.S. I didn’t talk about brands like Hi-Point or Kel-Tec because those are just garbage and I would use their ground up guns as cat litter.