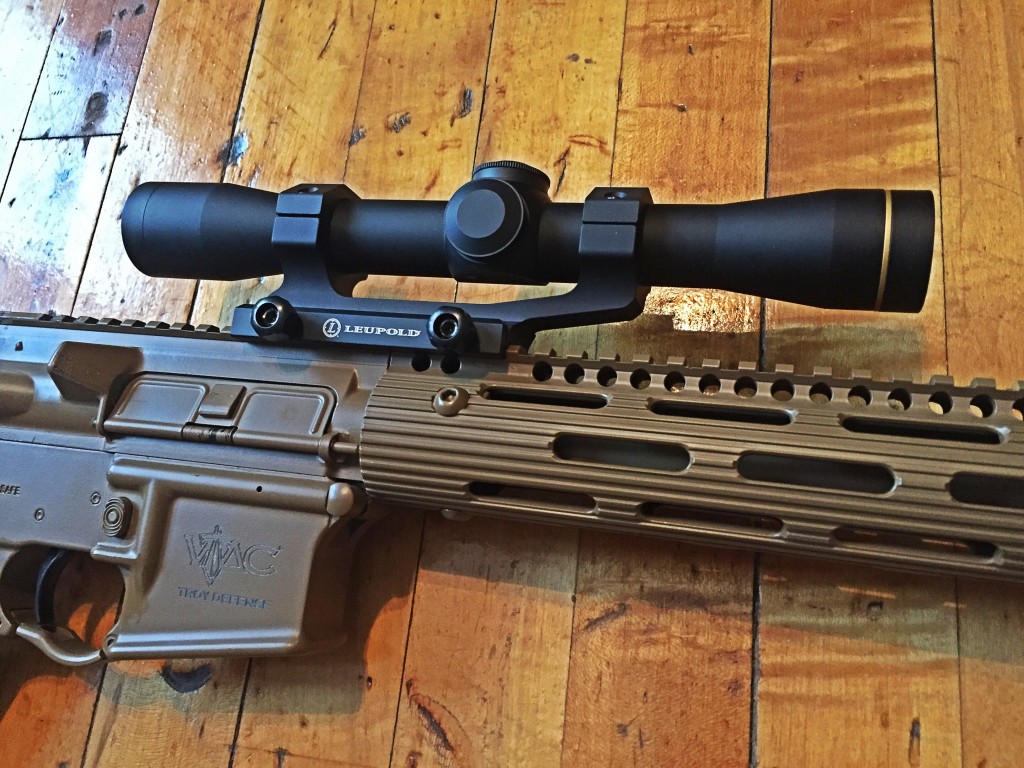 Doing this is something I’ve talked about before, and I have a couple of friends who have kicked the idea around as well. Why not mount a scout scope on an AR15 pattern rifle? Luckily, I happened to have a Leupold mount sitting around, and a Leupold FX-II Scout

so I naturally paired them on my Troy Defense rifle. So why put a scout scope on an AR?

The idea behind the scout rifle concept and the scopes it created was to have a lightweight, fast handling rifle capable of delivering accurate fire out to intermediate ranges. The true “scout” rifles are bolt guns in .308 usually, although I think that the advances in .223 ballistics move the 5.56/.223 Remington in to the category as well. To follow the path of the scout gun, I wanted the end result to be an AR that held as closely to the ideal as possible.

The starting platform is my Troy Defense Lamb carbine, an 18 inch AR that would work very well as a DMR gun, yet manages to weigh under 7 pounds loaded. Once the scout scope was mounted, it was off to the range for zero and testing. Once the gun was zeroed, I wanted to see what advantages/disadvantages the platform had. The first major issue I run into is obviously the amount of eye relief required to mount the scope. You’ll notice that it bridges the receiver and the rail, which some people will tell you is a bad, bad thing. The reason this can be a bad thing is if there’s movement in your rail system, or if the rail and the receiver aren’t lined up correctly. On a quality carbine like the Troy, that’s not likely to be an issue. Sustained rapid fire showed no shift in zero. 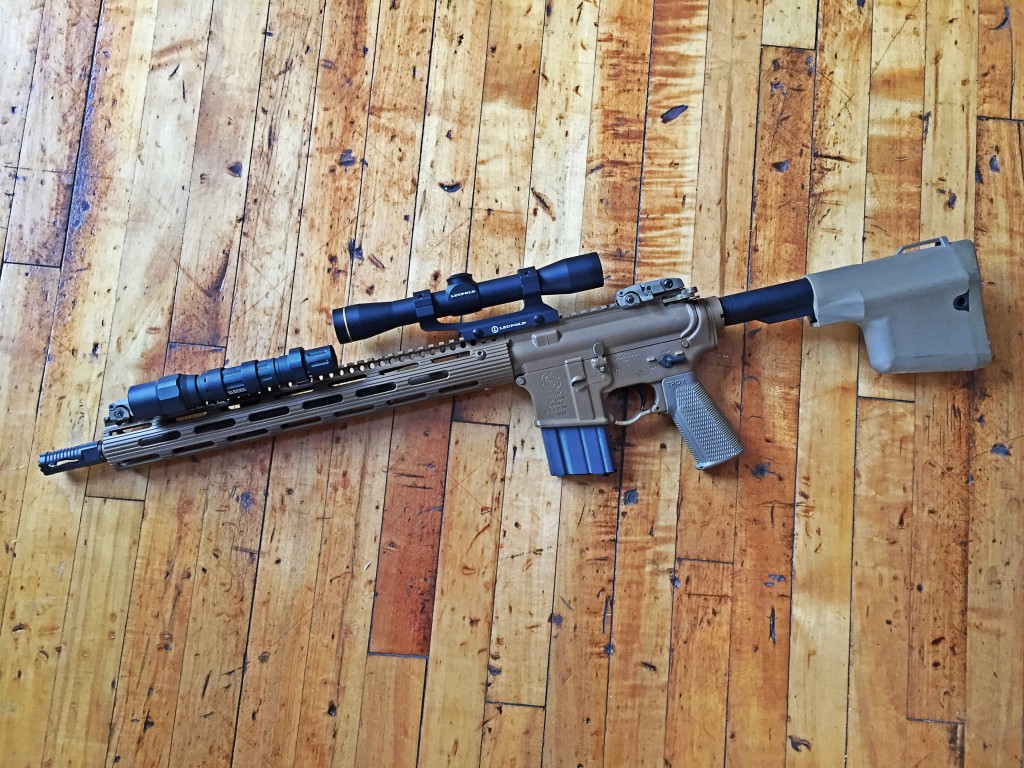 The range did reveal a huge advantage to using the long-eye relief platform. With the scout scope equipped, it was easy to engage short and intermediate range high percentage targets with boy eyes open, much like how you’d use a magnified ACOG. The aiming eye naturally focuses down the scope on the target, and the non-dominant eye remains open to provide peripheral vision and to reduce eye strain. As someone who struggles with eye strain issues from closing one eye, I found this to be a tremendously pleasant feature to the scout-AR.

In close range engagements, you don’t really give up a lot of speed over a red dot; because the scope is relatively low power, you don’t spend a significant amount of time “hunting” for the target in the reticle when you bring it up to your eye. However, it does have a more narrow field of view than a purpose built AR scope like this Bushnell AR Optics 1-4x

The short verdict is that this is a perfectly reasonable set-up for an AR, and to be honest I do like the Scout-AR. The Leupold scope is excellent, however the set-up doesn’t offer significant advantages over a good 1-4x variable from Leupold, Burris, or Bushnell. If you happen to have a scout scope laying around it can be made to work, but with decent optics available from $150-$500, why bother?