True story: My favorite size of Glock are the “Tactical” length pistols, the 34 and 35. I suppose also the 41 now, but I’ve got about as much trigger time on the 41 as Bernie Sanders has economic knowledge; that being said if it’s like the 34/35 it’s probably quite rad. So it makes perfect sense when I was ordering up my new blasters from Lone Wolf that I’d spec out a 34 sized gun. So meet my ESP/Steel Challenge/Bianchi Cup gun: 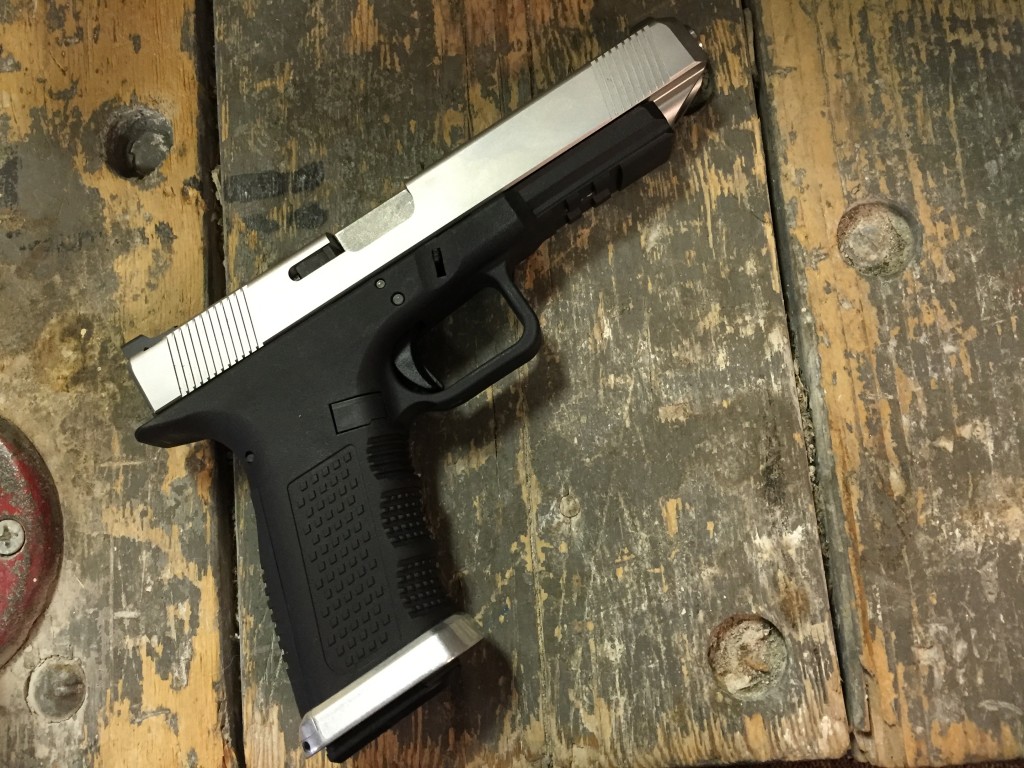 The quick vitals are similar to the Compact gun, but obviously this one is on Lone Wolf’s full size Timberwolf frame, and comes with the G34 length slide. One thing you’ll notice is a purely cosmetic feature on the slide; but the recoil spring housing on the front has been angled and cut down to give the gun a racier appearance. Here’s where I’d normally spout some cabbage-head nonsense about lighter slide makes spring ratios blah blah blah but I just think it looks cool; and looking cool is quite important.

Now, meat and potatoes. This gun is set up for competition. The trigger is lighter than on the Compact, but I can’t tell you exactly how light because I can’t find my sierra foxtrot trigger pull gauge. However, it feels nice. A nice light rolling break, good reset, everything I like in a Glock trigger. Unlike the small gun, this one sports the stainless steel magazine funnel, because 1) it looks cooler and 2) racegun. Sights are again Sevigny performance, this time black front sight with black rear sight. I prefer an all black sight arrangement for pretty much everything except low-light shooting. Any low light matches will be accomplished with the Compact and its night sights. You’ll see this exact same sight set up on tomorrow’s gun as well. It works, it’s always worked for me, and unless my vision goes tits up overnight, it will continue to work for some time to come. 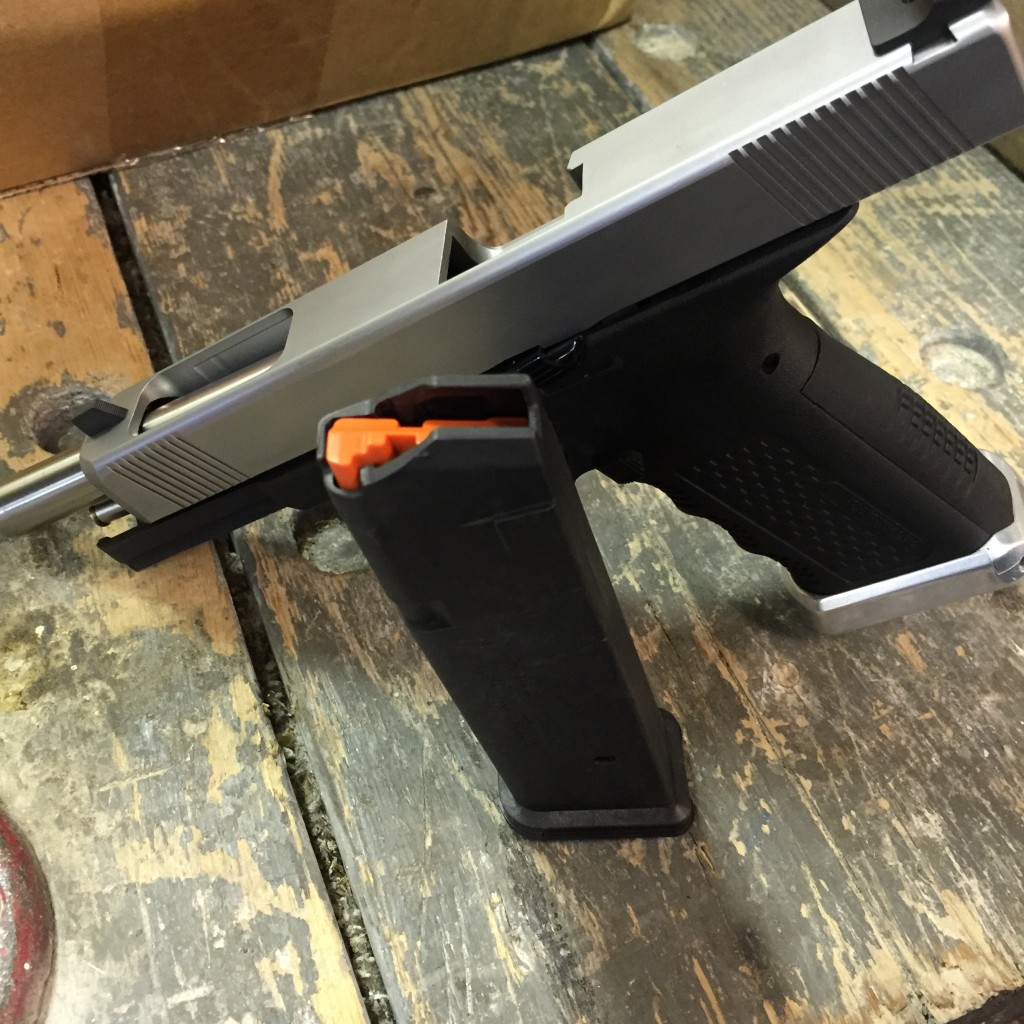 Let’s talk mags for a second. I really wanted to try out the Magpul Glock PMags, because they’re cheaper than factory Glock mags and they’re from Magpul. If I have to explain it any further, you’re on the wrong blog. But in all seriousness, I figured I might as well, so I picked up three PMags from Brownells (where else?) and they’re standing by for testing. So far they’ve passed all the dry fire tests – they drop free, they lock the slide open on an empty chamber, and they feed dummy rounds just fine. 3 for 3 is a good start.

The real thing to talk about with this gun is what exactly it’s for. The Timberwolf Tactical 9mm is about as close to a “do everything” gun I could make. It’s ready to go in ESP and Steel Challenge, and assuming it meets the accuracy standards, Bianchi Cup Metallic. I could even shoot it in USPSA Limited and just score minor, but I decided to take a hard pass on that and build a gun for USPSA instead. We’ll talk about that tomorrow. Back to this. Like the Compact, I have the arched backstrap and an extended slide stop on it, the extended slide stop is going away as soon as possible (UPS still hasn’t delivered my Tango Down slide stops).

Basically what you have here is a sexied up version of a G34. It’s ready out of the box to do all the stuff I want it to do, so all that’s left for me is to grab a couple of boxes of Hornady Critical Defense and accuracy test it! Hopefully I’ll be able to get that done this weekend.