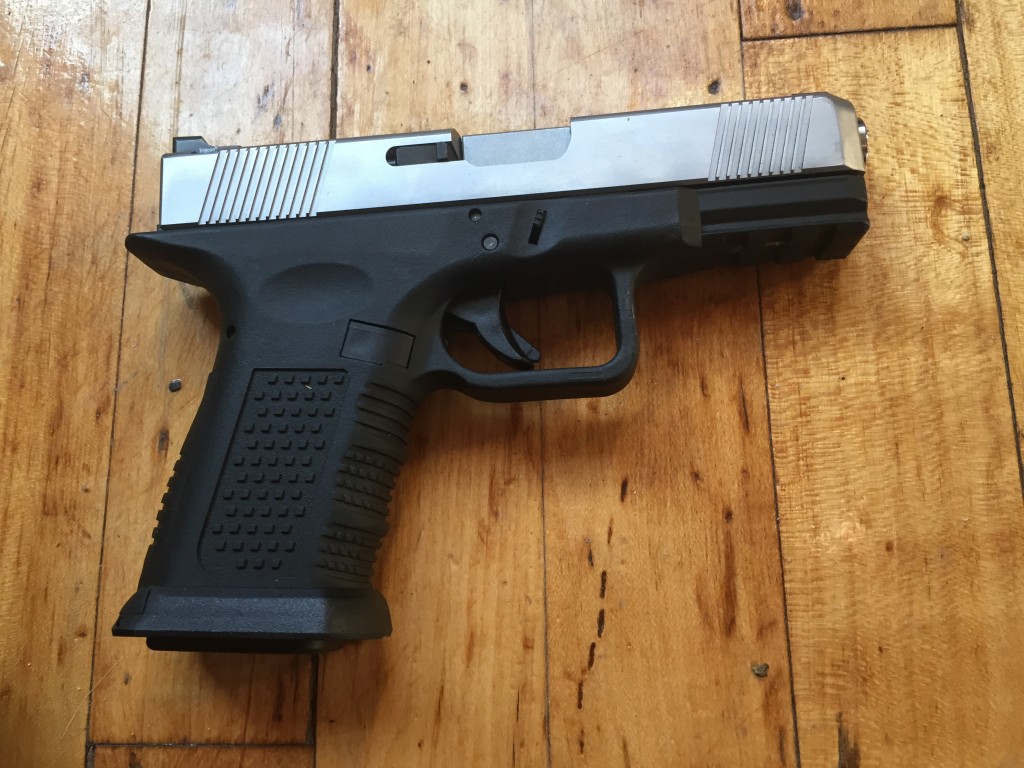 At the tail end of yesterday’s post about IDPA I dropped in a photo of one of the three guns I’m going to be shooting exclusively for training and competition through 2016. I have three guns from my friends at Lone Wolf, all built on their Timberwolf frame. I’ve had a lot of experience with LW guns and slides, a casual look at my YouTube channel from a few years back shows a ton of videos of me running their guns hard. So when I was getting ready to come back, it made sense for me to select LW for my gun needs. We’re going to look at each of these guns, starting today with the Compact. 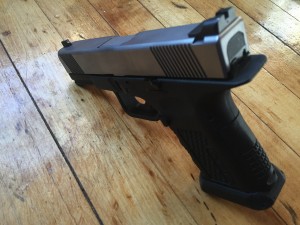 The frame is Lone Wolf’s Timberwolf frame, which is designed to eliminate some of the issues shooters experience with Gen 3 Glock frames. It comes with interchangeable backstraps, of which I prefer the arched/curved backstrap. The finger grooves aren’t as deep as they are on Glocks, and on the T-Wolf they actually fit my hand. It also came with a Glock extended slide stop, which I’ll be replacing as soon as UPS figures out how to deliver my friggin’ Tango Down Glock slide stops. Those are awesome.

Now, to the magwell. Blah blah blah gamer, go ahead and get it out of your system, because the magwell actually serves a purpose on this gun beyond faster reloads. See, I have what is referred to as “truckasaurus hands.” When I do reloads with a Glock 19 I’ll frequently get the meaty bit of my hand pinched between the magazine and the gun itself. That’s unpleasant to say the least. The really great thing about the magwell is it keeps that from happening, and also forces my hand into the highest possible grip I can get on the rest of the gun.

The rest of the gun is pretty straightforward, aggressive forward cocking serrations, Sevigny Performance straight-8 night sights, steel guide rod, the usual stuff. Trigger pull is about 5 pounds with a nice rolling break. I’m going back and forth on whether or not I want to get a gadget for it, because while I’m currently carrying it at the AIWB position I’m likely going to switch back to traditional IWB shortly. Since I plan on using this gun for IDPA as well as carry (shoot your carry gun? Madness!) having the holster positioned on my strong side makes a lot of sense.

This gun will get the most shooting done with it initially, tomorrow we’ll take a look at my ESP gun, a sweet G34 sized gun with some personal touches. Then we’ll close it out on Friday with a look at my L10 gun.