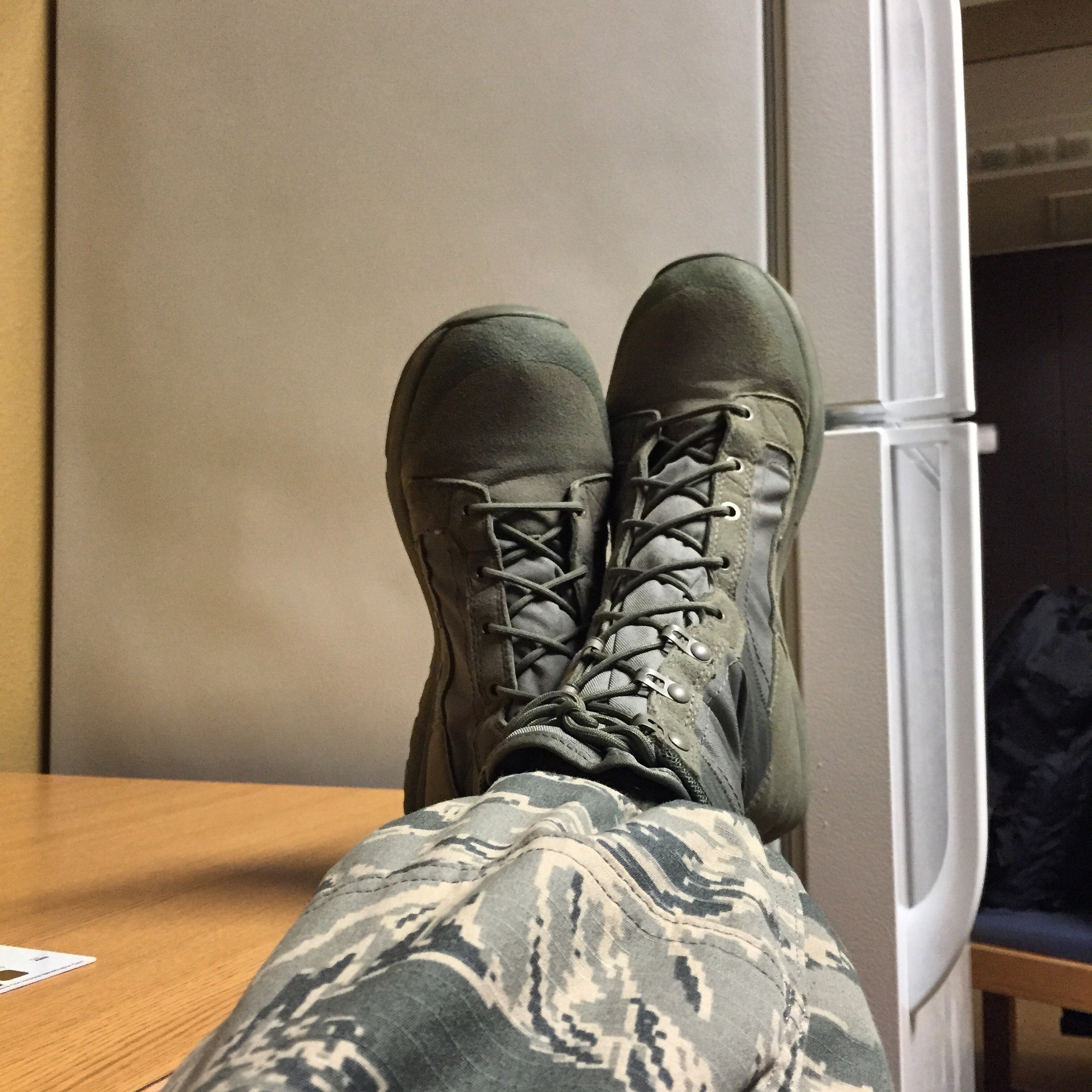 I have had the (mis)fortune of attending some form of basic military training twice now in my life. The first time was the Coast Guard Academy’s Swab Summer + 4/c year at the Academy in New London, and the second time was just recently, attending Air Force BMT at scenic Lackland Air Force base. Swab Summer was 15 years ago, and in the intervening decade and a half, kind of a lot has changed. Now, it’s not fair to compare the trainings on a 1:1 basis, because the Coast Guard and the Air Force have different missions and cultures, but there are some interesting differences that are worth talking about.

The first, and most important difference is the level of physical intensity. Swab Summer was FAR more physical than AF BMT. At that time, our cadre could put us on our faces pretty much whenever they wanted, with very limited restrictions on when and how they could PT us. I remember two incidents with tremendous clarity: runnin library hill at the Academy until swabs were puking, and doing push-ups to absolute exhaustion on my 18th birthday. There was also mandatory PT 6 days a week. Air Force basic takes a more restrained approach, with mandatory PT six days a week as well, but with strict limits on when and how Military Training Instructors can use physical training as a “motivational tool” on flights.

Another huge contrast is the way cadre/MTIs speak to swabs/trainees. At BMT, MTIs are expressly forbidden from cursing at or insulting trainees. At Swab Summer 15 years ago, cadre weren’t supposed to curse at us…but that certainly didn’t stop them. They also made us perform tasks that would currently be viewed as hazing. A great example is being forced to stand in your room turning the lights on and off over and over while repeating “I’m Tom Bodet from Motel 6 and I leave the lights on” as punishment for leaving the lights on. That wouldn’t fly today.

Interestingly to likely only me is that Air Force training placed a much higher emphasis on the learning environment than Swab Summer. Obviously the actual Academy places a huge emphasis on class work, but in general I found that the Air Force seems guinely interesting in using BMT as a tool to enable airmen to think.

It would be easier for me to look at the surface differences between the two experiences and say that the military has gone soft. But I also think that’s exactly the kind of lazy thinking that gets us into trouble and ignores both the incredible changing culture and the constantly evolving way we fight our wars. Yes, 18 year olds entering the military today are different than they were 15 years ago. But I don’t know if they’re any softer than they were when I was there. They’re just different. The Air Force has to create a training environment for a generation that has grown up with access to the world’s knowledge at their fingertips. Having access to that kind of info has created a generation that needs to know why they’re doing something, and for whole the simple answer of “because it’s your f***ing job” simply won’t suffice. While I can imagine that the aforementioned attitude is maddening to MTIs, it also means that the resulting AF is smarter and more capable of adapting to evolving threats at a small unit level. As these young airmen become senior enlisted and officers, they can hopefully bring that change and adaptability to the Air Force at higher levels.

So sure, 15 years ago things were physically harder. But I honestly think the training is better today. You can’t take a 19 year old that’s had instant access to answers their entire life and simply expect them to shut up and color, and the military has had to adapt to that. That’s honestly not a bad thing. I think a lot of the criticism that people drop on the changing nature of BMT is simply “everything was better in the past” syndrome and not the result of honest examination. Because I can tell you in explicit detail how classroom work benefits new Airmen, but I have a hard time coming up with how suckfest PT smoke sessions at the Academy made me better at anything other than push-ups.