Carrying a gun does not make me special. It doesn’t make me different, it doesn’t make me a sheepdog, and it shouldn’t be treated like an occasion. The act of every day concealed carry should be no more interesting or dramatic than the act of buckling your seatbelt, washing your hands during flu season, or changing the batteries in your smoke detectors. 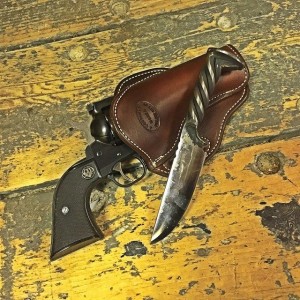 What we do when we carry a gun is reinforce the statement that “I am responsible for my own safety.” That’s why I chose the example of seatbelts, hand washing, and smoke detectors. Doing those things are all common-sense activities that any rational adult would agree reduce your risk factors. But the gun community has this weird cognitive dissonance about CCW, where on the one hand we want it to be normalized and accepted, but on the other hand we want it to make us special and different.

Carrying a gun comes with a certain amount of responsibility. But I would argue that the responsibility associated with carrying a gun every day is no greater than the burden of driving a car on public roads. In both cases you’re in the care of an item, which if used in an irresponsible or illegal manner, could quite easily kill and injure a lot of people. However, most people don’t treat driving a car with that level of seriousness, because it’s become a mundane, every day task to them. “I get in my car, I go to work, I check Facebook for 3 hours, do 30 minutes of work from 11:00 to 11:30, take an hour lunch until 12:30, do 30 minutes of work until 1pm, check Facebook until I get back into my car and go home.” The majority of these people will accomplish that routine without killing or injuring anyone, despite the fact that they’re all probably terrible drivers, cruising around in condition white and texting.

That’s the extreme negative of a dangerous task becoming mundane. We obviously don’t want people wandering around strapped and completely indifferent to their gats…or do we? Truthfully, what I want is a world where concealed carry is so routine, when people find out you’re carrying a gun, their reaction is the same as if people find out you drive a car. It shouldn’t be special. It should be common, simple, and unremarkable. That’s not to say it should be unsafe. We should strive to make sure that while the act of carrying a gun is boring, it’s done in a safe and responsible manner. It is just like driving – the act of driving in itself is unremarkable, but I still make sure to signal when I change lanes, check my blindspots, and watch out for reckless drivers. Carrying should be the same thing. You get up, put your pants on, clip your knife in, buckle on your gun, and go about your day. You still take reasonable precautions, like being alert in parking lots, not staring at your phone while walking, but you don’t need to be paranoid.

Stop treating CCW like it’s special. It’s not. You’re just carrying the most effective tool available to defend yourself from violence. It’s a fire extinguisher. There’s nothing special about keeping a fire extinguisher under the kitchen sink. I want owning and carrying a Glock 19 to have the same level of remarkableness as owning a Toyota Camry.