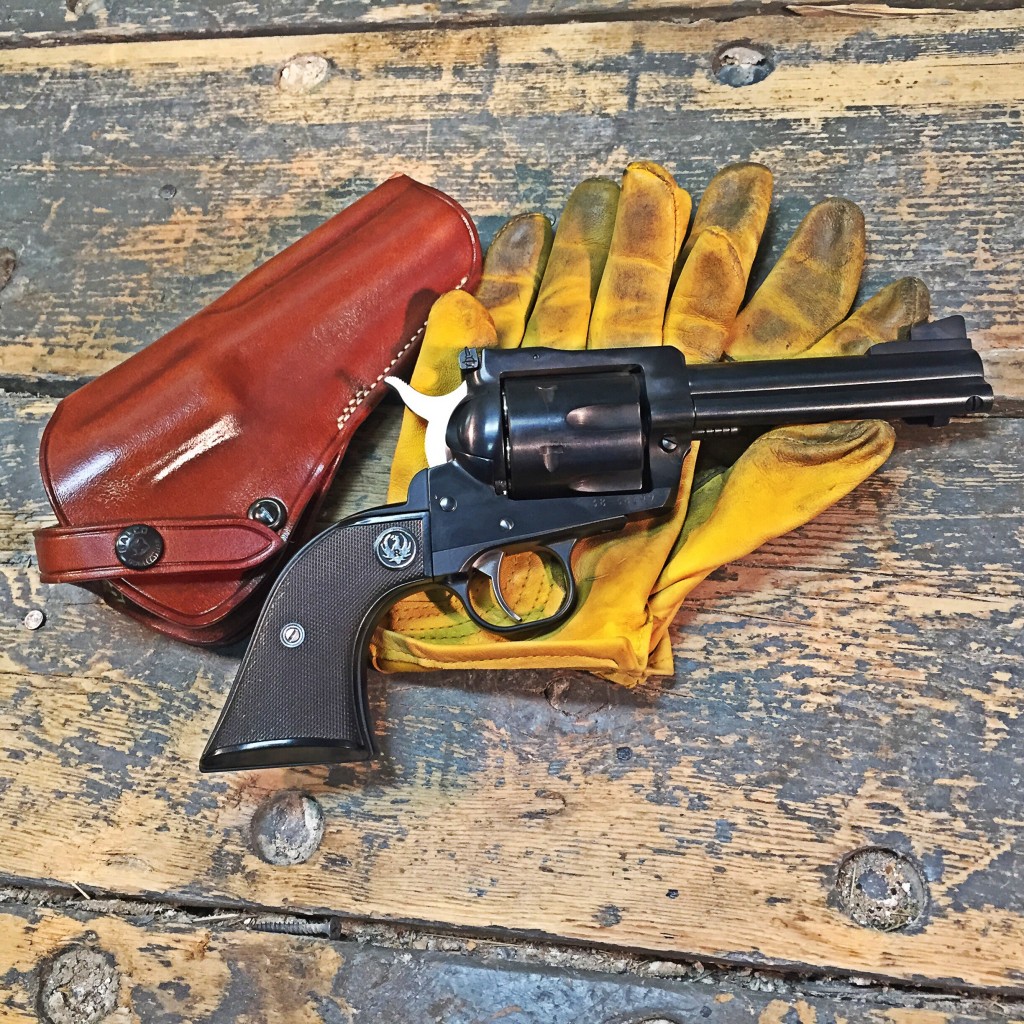 The phrase “handle with kid gloves” comes from the type of leather used, traditionally goatskin, specifically from a young goat or “kid.” Kidskin was valued for gloves because it was strong and resilient without being rough. In this photo are actual kid gloves designed for rope work, along with a Ruger Blackhawk in .45 Colt and a Galco holster. I’ve had my kid gloves for years, and they’ve developed that perfect, hard-use look, because that’s exactly what I’ve used them for. My goal with the Blackhawk is much the same – wear that nice blue in by carrying it, shooting it, and having it live a real six-gun’s life.

There probably isn’t a gun on the market that’s better suited to carry on the legend of the Colt SAA than the Ruger Blackhawk. The SAA was the rugged, simple revolver for the soldier and working man back in the day, and the Blackhawk is pretty much the same thing, but with a few modern touches to make it safer to handle, and easier to shoot well. Notable differences between a traditional SAA and the Blackhawk are the thicker top strap on the ‘Hawk, allowing it to digest pressures that would blow SAA and clones to bits. It also has adjustable sights, and of course Ruger’s transfer bar safety, which makes the gun safe to carry with 6 loaded.

For our readers that aren’t familiar with ancient six-shooter history, true Colts and their modern reproductions have the firing pin resting on the primer of a live round if you load six, so the generally accepted safety practice was to load five, and let the firing pin rest over an empty chamber. If the pin was resting on the primer, a sharp blow to the gun’s hammer, even at rest, could cause it to discharge. Which, as you can imagine, would be a Bad Thing. The Ruger solves this problem with the transfer bar safety, which keeps the firing pin at rest until the trigger is held to the rear to complete the firing action. 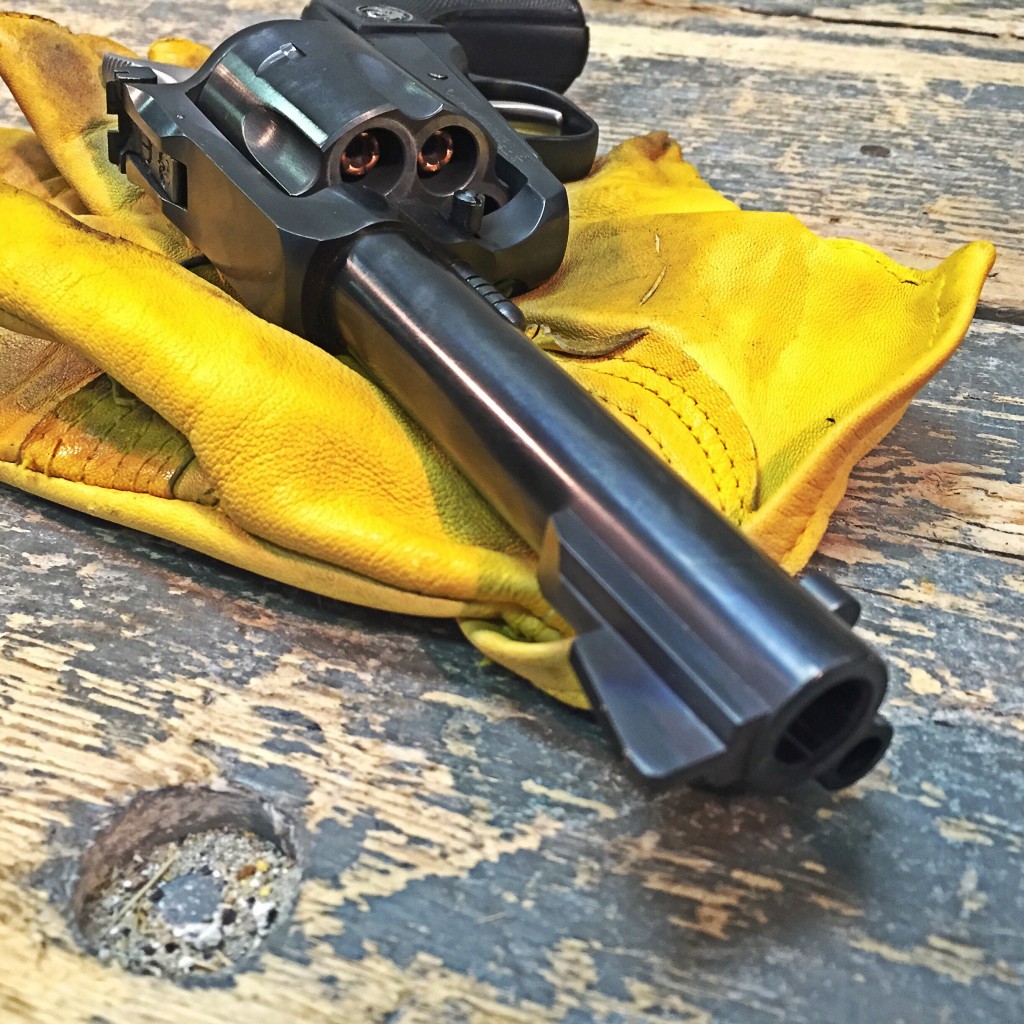 I sighted my Blackhawk in for Winchester’s 225 grain PDX rounds, which will pretty much level anything that walks in eastern South Dakota. It’s probably not quite heavy enough for elk, bison, or bears out of a pistol, but anything else? This’ll do just fine. It shoots lead 250 grain bullets just fine as well. This is the same Blackhawk I sent to Ruger for repair, and they got back to me in less than a week, fully repaired, no questions asked. Good job, Ruger. Set up in a Galco crossdraw, I can wear it all day long in perfect comfort.

I guess I should go get my SASS alias…