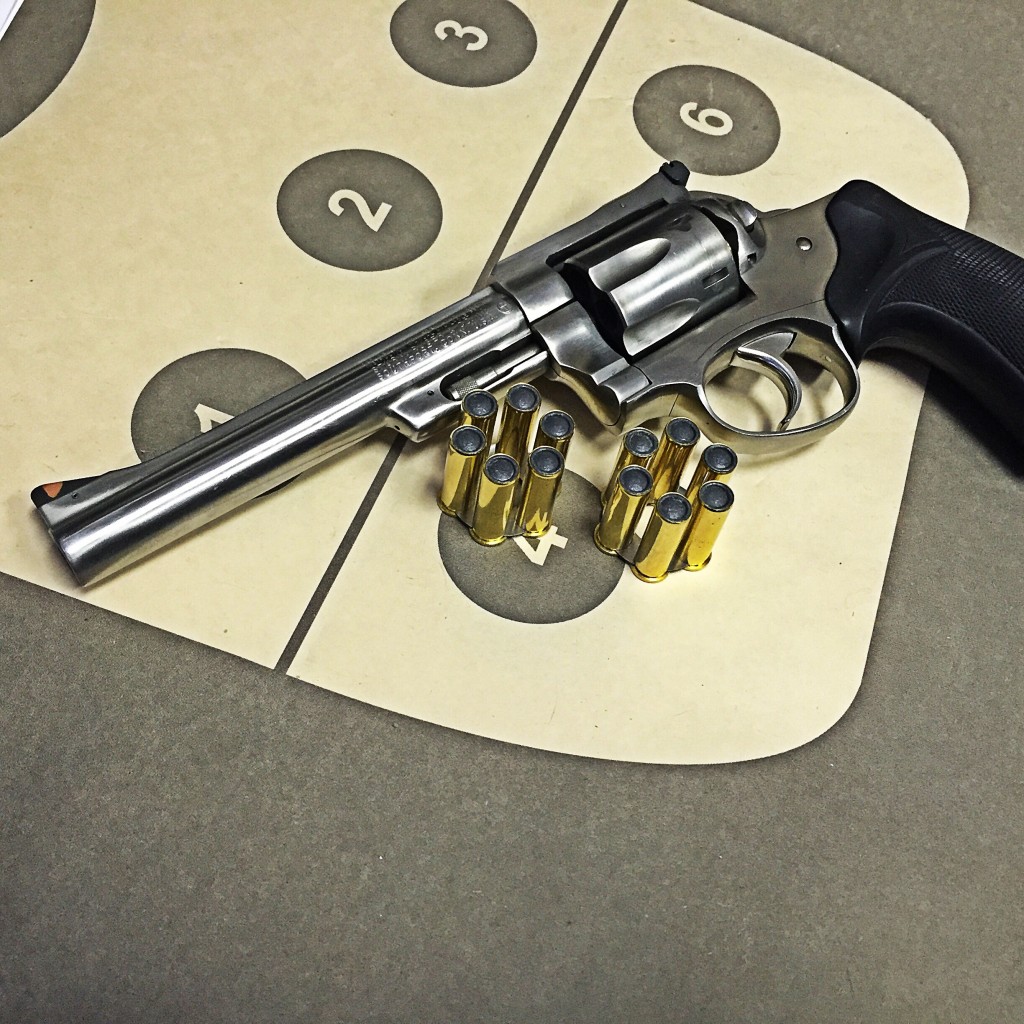 The 70s and 80s were a great time to be a revolver aficionado. Thankfully, now is also a great time to be a revolver fan, because the great guns that were built in that era are still mostly alive and kicking, and if you’re smart can be had for a great price. For example, the Ruger Security Six – Ruger’s direct competitor to S&W’s K-frame in the LE/Security market of the 70s and 80s. Overbuilt by the standards of the day, the Six-series (Security Six, Speed Six, Service Six) could withstand a steady diet of magnum ammunition with little wear and tear. They were the standard issue firearm for US Border Patrol, the Postal Inspectors, and many other LE agencies.

This is one of my two Security Sixes. It’s a six inch gun with adjustable sights, black rear and an orange front post for contrast. After I bought this for a song and a nickle on Gunbroker, I sent it to Clark Custom Guns in Louisiana for a specific set of modifications. If you’re not familiar with Clark, they are one of the top shops in the country for revolver work. If you spend some time on google, you can also find out how deeply they’re connected to the shooting community, but that’s another post for another time.

My Six went to Clark for the following work:

It went away a perfectly serviceable six-gun, and came back to me as a staggeringly excellent bullseye/Bianchi Cup gun. The grips are vintage Pachmayr that I found on Gunbroker as well; modern Pachy grips have lost of the quality that made them so great in the 80s, but the vintage ones are just fine. After coming back from Clark, the Security Six will still crack factory primers, has a 8.25(ish) pound trigger, that sweet bobbed hammer, and best of all shoots groups like this: 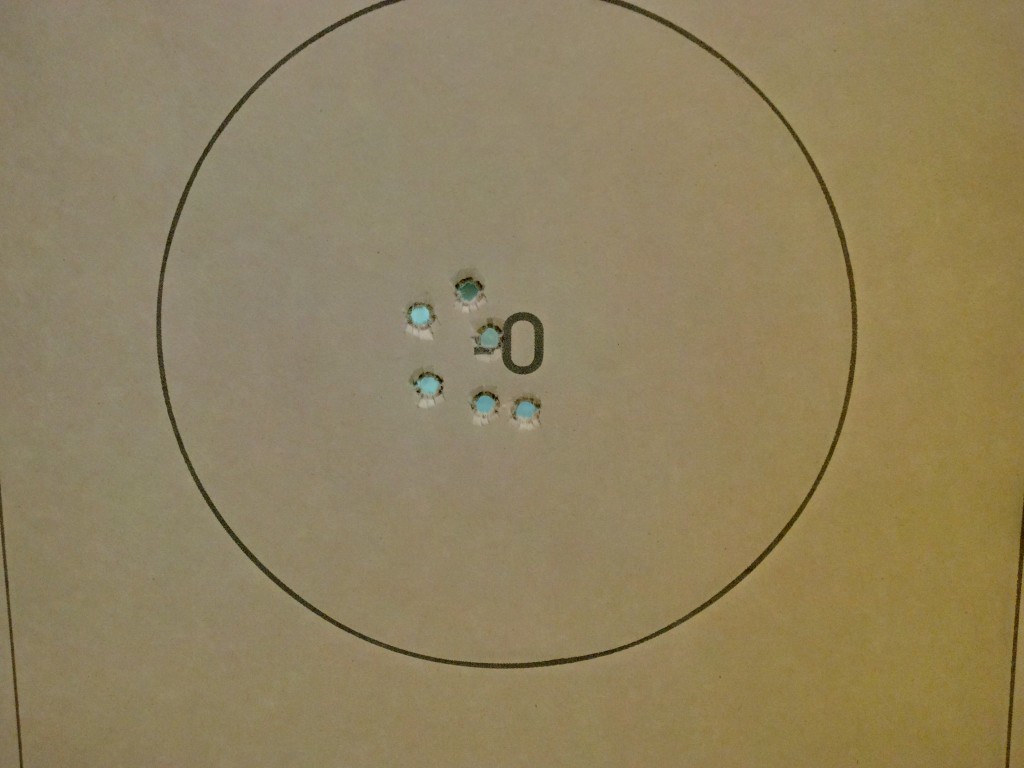 Give or take, that’s a 1.9 inch group at 20 yards with Hornady Critical Defense 115 grain JHP. I haven’t yet tested it with the 148 grain lead WC in the photos, but I have every reason to believe it will perform just as well with those. 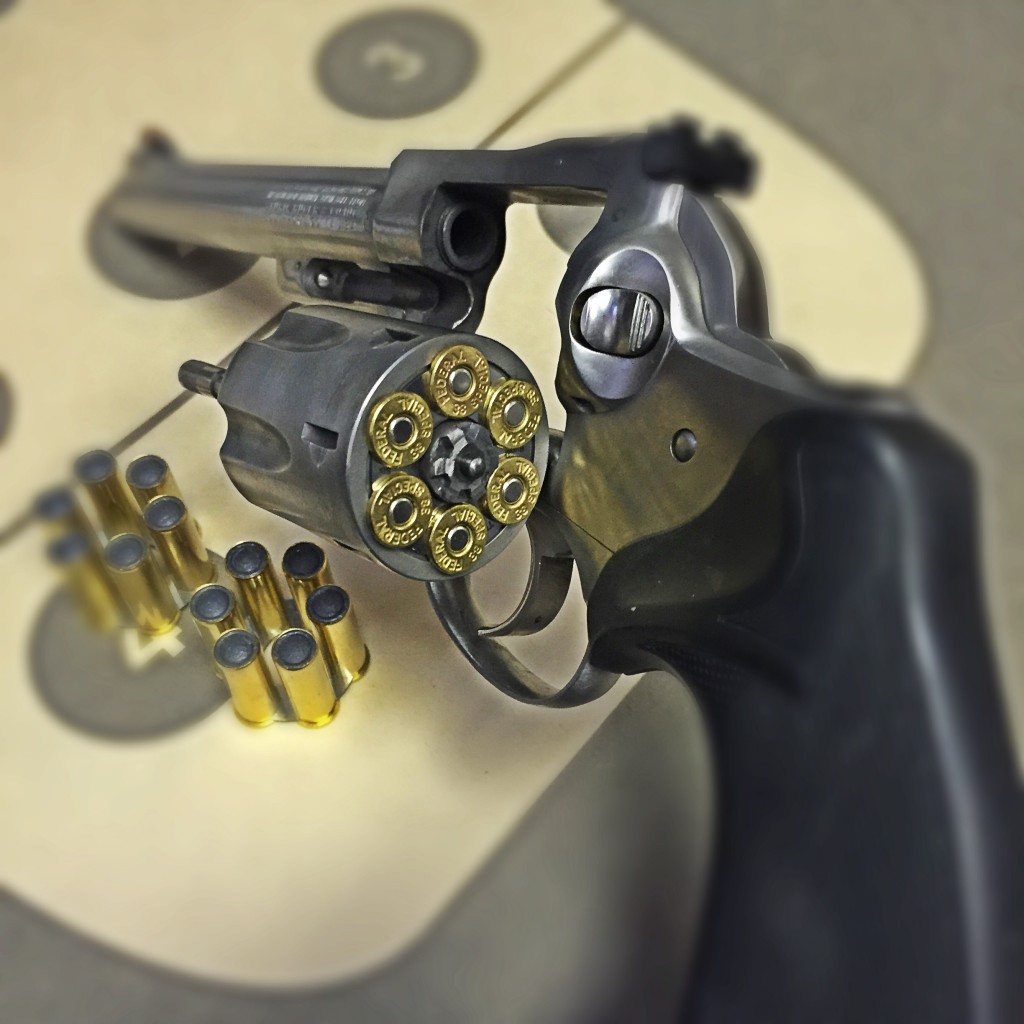 A good Security Six will set you back maybe 400 bucks on the secondary market these days, and most of the guns out there are in great condition. They tend to fall into that category of “carried a lot and shot very little” – so for less than the price of a new Glock you can get a serious revolver that, depending on barrel length, can serve as a HD gun, competition gun, hunting revolver, CCW revolver, fun plinker, or pretty much anything else you’d want to press it into service to do. I like these guns so much I have two of them set up for similar configurations.

One final note: if you do decide to get the gun cut for moonclips, it will still work without them. That’s a good thing, because the TC Custom clips I have for this gun are extremely finicky about which brass they’re going to take inside them. They really only like Federal .38 brass, but your experience may be different.

Also, I’m not saying that I totally want a Galco shoulder holster for this…but I kind of do. Because of reasons.