We see a lot of guns here in the office every year. Guns come through here for T&E all the time, some are great, some are okay, and some are terrible. A few each year are really good and interesting, but fail to catch the attention of the market at large. An example of a great, underrated gun would be the Walther PPQ. When the HK VP9 launched this year to all the fanfare, PPQ owners were over in the corner going “hey, that gun looks really familiar.”

For me though, the most underrated gun of 2014 was an easy choice: the Lionheart LH9. When I reviewed the LH9 I liked it, and it’s grown on me since then. It hit big on the scene around late April, early May. Everyone was doing reviews and talking about how they really liked it; the team on guys working to bring it to the States were smart and likable as well. It’s a nice gun to shoot, it has great features, comes from the factory with all kinds of extras, and even takes common 3rd Gen Smif mags. 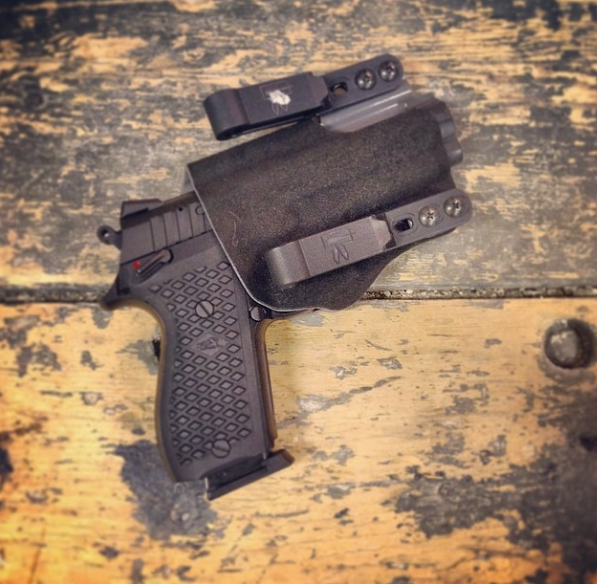 So why didn’t the LH9 catch on better? I think it’s a combo of two factors, the first being price. I’m not sure what they’re going for right now, but back in April a new LH9 fully loaded would have set you back 700 bucks or so. That’s more than a Glock or Beretta and pushing into Sig/HK territory. I believe they’re less expensive now, which is good.

The other thing that I believe hurt the LH9 wasn’t their fault at all, but rather the fact that the American gun buying public at large aren’t big fans of DA/SA guns. We’re just not. Sure, there are people, myself included that prefer DA/SA, but we’re largely in the minority. Most people are obsessed with “light” triggers, not knowing that a good trigger doesn’t have to be light. It is what it is, and I genuinely believe that DA/SA guns will continue to be specialist niche basically forever. The tepid reception that the new Berettas have received outside of serious shooting circles has reinforced that.

But back to the LH9. I really do think it’s a great little gun. It’s small enough for easy EDC, shoots well, has a great trigger, comes with good sights, a metal frame, and can be carried cocked and locked. It’s like a product improved 5906, and that’s a good thing. I still recommend people check it out!