Skip to content
“Why didn’t the cop just shoot him in the arm, or the leg?”

If I had a dollar for every time I’ve heard or read something along these lines after an LE or self-defense shooting, I would actually have a pretty decent amount of money. Once again, we find Hollywood and pop culture has completely ruined the common person’s perception of how guns work and what they do. Most people have no idea what a police use of force doctrine looks like, and for this post I’m not going to go into all the nuance. We are going to focus on deadly force, which is what the gun represents. 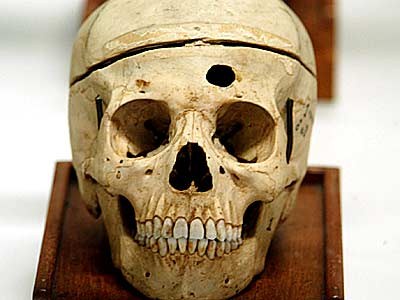 First, let’s talk about the physical act of shooting stuff. Fact: it’s harder to hit a small target than a large target. This is why police officers are trained to shoot for the center of (available) mass. That means you shoot for the biggest part of whatever’s available to your vision. If that target is an unobstructed person, that center of mass is going to be the chest and upper thoracic cavity. That will be an easier target to hit than the arm or the leg.

Building on this the reason officers are trained to shoot for center of mass is because of how the body reacts to bullets and the goal of any use of force incident. The goal of the officer (or armed civilian) when using a gun is to get the bad man to stop being bad as fast as possible. Because of how the body works, there are only two ways to shut it down, via either an electronic shutdown (hit to the brain or central nervous system) or a hydraulic shutdown (loss of blood pressure due to hits to major organs/arteries). There is a third kind of stop, which is psychological. This occurs when someone gets shot, realizes they’ve been shot, and decides that they’ve had enough of whatever caused the shooting to start and then proceed to cease and desist being naughty. Psychological stops can occur with non-fatal wounds from small calibers, or from mortal wounds with serious calibers. They are also not reliable, which is why the police and armed citizens are not trained to rely or even prepare for these sorts of things.

Now that we understand what stops a fight, we can go back to the concept of shooting center of mass. It is an unfortunate side effect of the way our bodies are designed that the fastest way to shut a person down is to shoot them repeatedly in the chest. There is a lot of important stuff in there that’s full of blood, and putting holes in that stuff is the most reliable way to stop bad people from continuing to act badly before we or others suffer terrible harm from their actions.

Next, we have to understand what happens when you shoot someone in a part of their body that’s not the chest or head. First off, there is a very good chance that without immediate medical attention, they will die. Shooting a person in the leg runs a very serious risk of hitting the femoral artery or the femoral vein. Hitting either of those with a bullet will cause rapid and extremely dangerous blood loss, more with the artery than the vein. Even lower leg shots aren’t a safe bet, because the anterior tibial artery and the great saphenous vein are in the lower leg. So what about shooting a person in the arm, or the shoulder? Well, up there you have the brachial artery, the axiliary artery, and the subclavian artery. There are also large veins in that same area.

The reason we need to understand that is to know that real bullets don’t work like they do in Hollywood. In TV and movies, bullets either cause minor, insignificant wounds, or instant, hot death. In reality, they frequently do neither. In fact, shooting a person in the arm or the leg is the worst sort of way you can shoot them – you are still running a very serious risk of killing that person and have used deadly force, but you have not shot them in a place that is likely to cause rapid incapacitation. Which is another reason we don’t do it.

Let’s sum everything up, now. The reasons that armed citizens and the police do not shoot people in the arm, the leg, or the gun hand when deadly force is justified are these:

So the next time someone says to you “he should have shot him in the arm/leg” what they’re really saying is “he should have horribly maimed and possibly crippled him for life.” That’s an awful thing to say, and just because it’s coming from a place of ignorance doesn’t make it okay.