One of the best things about winter is getting to break out the coat pocket gun. I am actually a huge, huge fan of this method of carry, because it allows a person to be walking down the street in a completely non-threatening manner, but with your hand on or near the grip of a defensive firearm. It’s really fantastic. Here are some criteria that I use to select a coat pocket gun.

1. It must be light
While I love all-steel revolvers for their shootability, a Ruger SP101 or S&W 640 Pro Series doesn’t make a great gun to sit in the pocket of a coat. It’s heavy, and that makes your coat hang awkwardly, which can compromise concealment. So lightness is key. For example, if we’re going with the revolver route, we’d want something like a Ruger LCR or a 638, both of which I happen to have.

2. Revolvers should have no external hammers or shrouded hammers 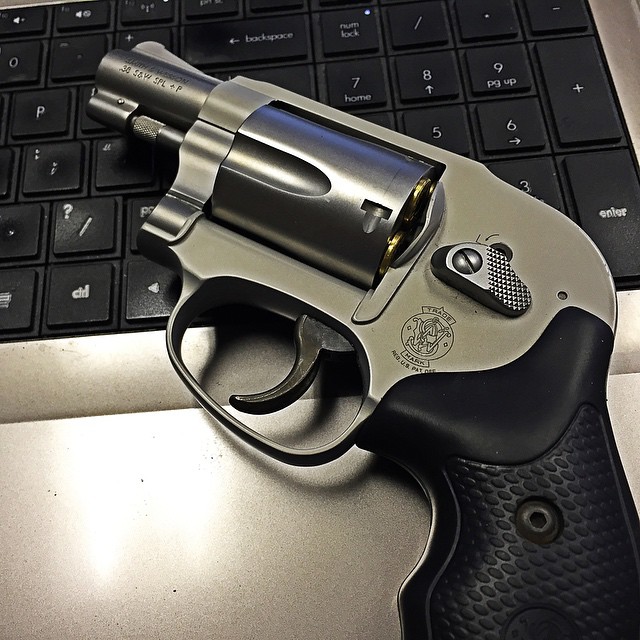 The big advantage of a revolver as a coat pocket gun is that in extreme circumstances you can fire it through the coat pocket. While this isn’t generally recommended unless you want to wreck your Burberry (in the case of my readers, your Carhartt) it remains a compelling reason for revolvers as a coat pocket gun. If that’s the case, a hammerless gun or a shrouded hammer gun is the way to go, because it means there’s nothing on the gun to snag inside the pocket. If you want to have the option of retaining the hammer, a 638 with its odd little nubbin hammer would be the way to go.

3. Your gun pocket is for your gun and that’s it
If you’re carrying a gun in a coat pocket, that pocket is reserved for your gun only. No car keys, pens, chapstick, loose change, nothing. Just your gun. The same pocket gremlins that can tie your headphones into a reef knot in your pocket are also capable of slipping a dime into your gun’s trigger guard inside your pocket holster and making a loud noise at the wrong time. Gun in pocket, nothing else.

4. Semi-autos should be true DAO, hammer fired, or have a safety
I know that this is where people will disagree with me, and that’s fine. It’s okay for those people to be wrong about stuff. However, as mentioned above, when you’re dealing with pocket carry, the opportunity for an ND is something that should be recognized and mitigated. I carry a DAO revolver in a pocket because the trigger is 13 pounds, and it would take an unusual occurrence to make that go off accidentally. With semi-auto pistols, I think the same caution should be exercised. Pistols carried in the external pockets should have at least one of these features: true DA/DAO triggers, be hammer fired, or have an external manual safety. Striker fired guns with no safeties? Hard pass for pocket carry.

Whatever gun you end up choosing for winter, make sure you spend some time practicing getting it into play. Again, the advantage of a coat pocket gun is that you can have your hand discreetly on a weapon without other people knowing, which can give you the initiative advantage in a potential life threatening situation. But that won’t do you any good if you’ve never practiced drawing and shooting from that pocket. So make sure you get your trigger time in.