Okay, let me back that one up a bit. I shot the 2014 IDPA BUG Nationals this past weekend in Springfield, MA. As usual, the NE crew put on a great match, making the most that they could with the stage limitations for Back-Up Guns. BUG stages are limited to a max of five rounds per string, no reloads (which I do think is dumb), no drawing, etc. It’s hard to come up with multiple fun stages with those limitations, but the crew at the S&W matches do a great job. 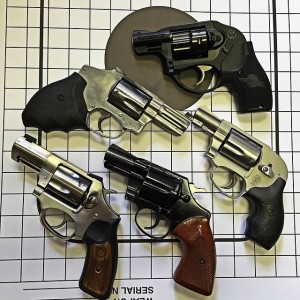 To rewind a little further, prior to shooting this match my preparation consisted of sighting in my gun and making sure it was hitting where I wanted it to with my match ammo, the excellent Federal 148 grain full wadcutter. There are a lot of reasons I could offer as to why I didn’t prep for the match, but the truth is usually the best choice: I didn’t take this match seriously. Not because I dislike the match or anything like that, I just…didn’t really care how I shot. I knew that Jerry, Josh, and Joe would all be there in the revo category, and the odds of me beating all three of those guys to take the win even if I trained like a maniac are slim and none. Plus, I had sales meetings in the region which are actually important to me, so I wanted to focus on prepping for those.

As a result, I shot exactly like I trained: crappily. Oh sure, my base skill level is good enough to not get completely blown off the ball, but overall my shooting was pretty terrible. I dropped a ton of points, made stupid errors, didn’t trust my own vision, had procedurals, and even straight up drilled a couple of rounds into the hardcover of a target and didn’t bother to take a make-up shot when I had one available. 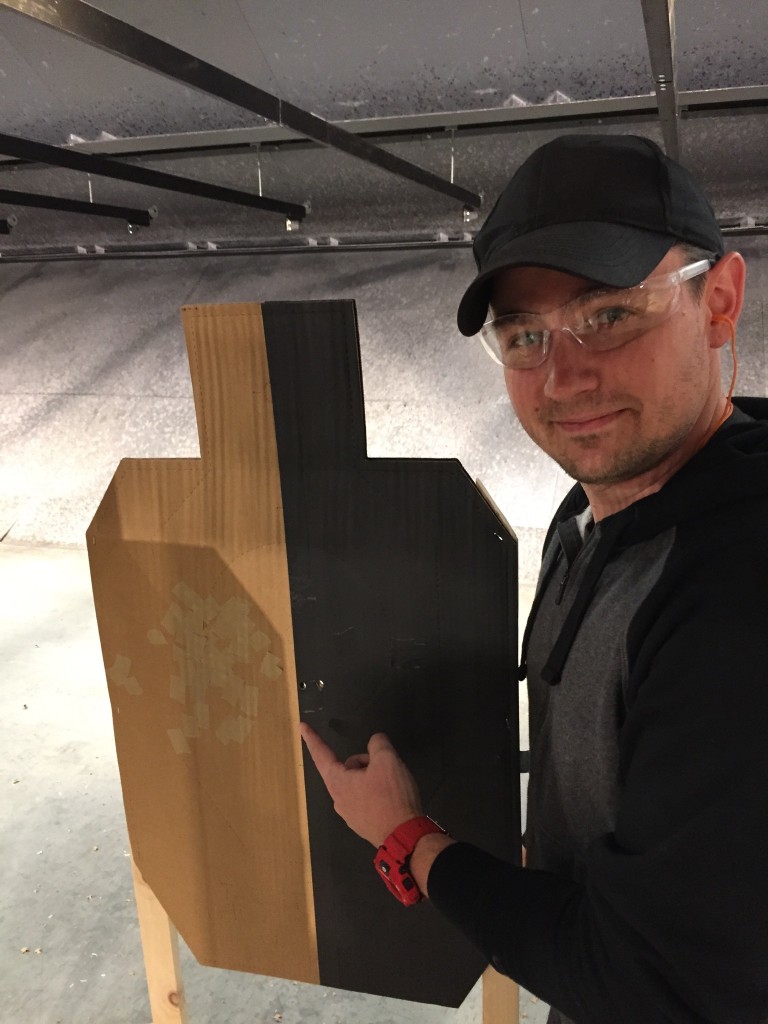 I could list my litany of mistakes, but the one thing I’m really not proud of is when I lost my cool for a second and barked at an SO. We were on our 3rd from the last stage, and I made a mistake that earned me a procedural and a couple of other penalties. I knew it the second I did it, and having already been on the range for 10 hours (more on that later) I just didn’t care to hear the explanation of my penalties, so when the SO started to explain in detail how I’d f***ed up, I just snapped and said “I know, I don’t care, just write ’em on my sheet and let’s get going.” It was rude, and I genuinely feel bad about that. I hope he reads this, because I don’t remember his name to formally apologize via email, but if you’re the SO I snapped at on Stage 5, I really am sorry. That was a dick thing to do.

My terrible performance had an interesting side effect on me. I had planned on BUG Nationals being my last major match before going on hiatus from majors for 2015, but I shot so bad that I don’t want my last major to be that. I just don’t. I’d rather go train hard for Indoor Nationals in Feb and shoot as best as I can, even if I get beat, than go out in a match where I half-assed it and didn’t care. Turns out what I needed to re-ignite the competitive spark was to get my ass kicked. Go figure.

One last thought on the match itself – this year had major stage flow issues. Two squads that were positioned well never encountered major backups, however the remaining squads ran into serious bottlenecking issues that were caused by having two pretty lengthy and involved bays running back-to-back. In fact, there were too many stages this year. 14 stages with an average of three stings per stage of 5 rounds takes too long; and the match could have been just as good if two of those stages had been deleted entirely. Yes, that would have lowered the round count to around 150, but who shows up to a BUG match expecting to blaze 300 rounds anyway?

At the end though, it was still a fun match. In a way, I’m glad I shot like garbage, because it reminded me that I do care about my performance at these things. I enjoyed shooting the stages, and thought that they were generally pretty creative and decent, I just could have used two or so fewer stages to get us off the range a little bit quicker.