One of my favorite matches on the calendar is this weekend, the IDPA BUG (Back-Up Gun) Nationals. I really like the BUG match because generally speaking, it’s the one place where people shoot their actual carry guns. Yes, some folks game it out and shoot with 3-inch K-frames or other guns designed to push the limits of IDPA’s BUG category, but that’s fine. Last year’s match had lots of shooters running actual j-frames, LCPs, and the sort of small guns that people actually carry. 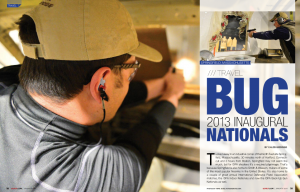 I’m bringing two guns with me this year, and I haven’t yet decided which one to shoot. On the one hand, I have my Ruger SP101 WC, which is probably the best option for a cheater-gun without being too much of a cheater. It’s heavy, has a steel frame, and is easy to shoot well. On the other hand, I have a Colt Cobra, which is a Colt Cobra, and would cause me to win the Style Points Division (this is not a real division). So I’m torn. I actually did an old vs. new comparison of the two guns in this month’s issue of GunUp the Magazine, which you should totally download and subscribe to on your iPad.

The Colt has a slightly better trigger than the SP101, but the Ruger has better sights; that’s important especially in the conditions that we usually see at S&W Indoor matches. There are going to be low-light and no-light stages, and the brass bead on the SP101 will pick up contrast from my flashlight a lot better than the gutter sights and black post on the Colt. But the Colt has a pony on the side of it, and says “Colt” on it. So there’s that.

What I’m really trying to do here is justify shooting the Colt because it’s awesome in every conceivable way, but the part of me that wants to do well at the match says “no, shoot the Ruger, it maximizes your chances of winning.” That’s furthered by the fact that this is my last major match until at least October of next year, and I want to go out with a bang. I want to do well, and I want to go into my planned hiatus with a good feeling about my performance. But also, I have a Colt…and that’s awesome.

Screw it, I’m going to shoot the Colt. I’ll bring the SP101 in case the Colt goes down, but come on. How many times in my life will I get the chance to rock a legitimate Colt revolver at a National Championship level match? Probably not that many, so I should do it when it counts.