Yesterday, the day before IDPA Nationals kicked off, IDPA announced via email to members and a post on their facebook page that the CZ Accu-Shadow was not legal for SSP. The internet reacted predictably, with at least one shooter affected by the decision voicing his displeasure here in the comments. Many other shooters not affected by the decision, or even shooting IDPA Nationals, also voiced their objections. Objections to the decision fall along two fairly broad lines. 1st, the timing of the announcement by IDPA, and 2nd that the ruling banning the Accu-Shadow is not consistent with IDPA’s other rulings. Let’s take a look at both of those. 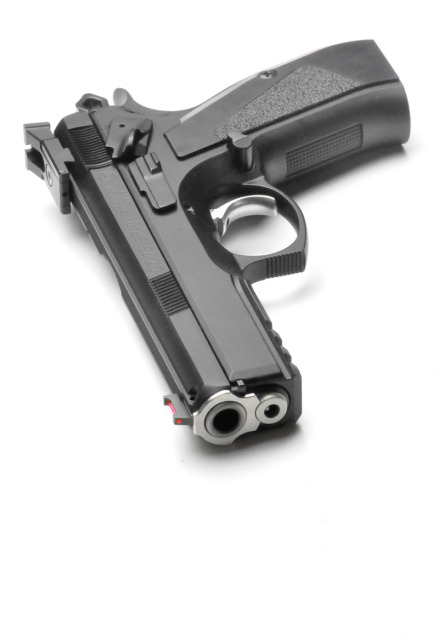 Timing
IDPA released the ruling in social media on Monday, and via email to their members on Tuesday. We published it on Tuesday to make sure that any affected shooters would have access to the information prior to leaving for the match. The timing of the ruling is undoubtedly terrible. It leaves affected shooters in the position of needing to find a new gun and possibly magazines to compete with in the match, or to use one of the loaner guns provided by IDPA. I have argument with anyone who objects to the ruling based on the timing of it.

However, let’s look at the options. Option 1 would be to say “screw it, the Accu-Shadow is legal for this match, we’ll ban it afterward.” That would have been better in my opinion, but would have created the inevitable push-back from shooters that would used the Accu-Shadow’s legality at Nationals as a reason to keep it legal in SSP forever. Alternatively, IDPA could have simply DQ’d every shooter who showed up with an Accu-Shadow. I think we can all agree that would have been the worst choice of all.

The question raised by this is “why does it matter?” Well, it matters because a strict reading of the IDPA rules would actually make the Accu-Shadow illegal for SSP. That’s the second part of this, the consistency of the ruling.

Some of the objections have noted that IDPA allowed guns from the Performance Center which have illegal modifications to play, specifically, the PC 1911s with the cool slide cuts are legal for CDP. The reasoning behind this ruling is that those slides are OEM, they’re made by S&W and if you want to buy one, you order it from Smith, not a custom shop. Those slide cuts are functionally the same as the hogged out slides on Glock 34s and XDm 5.25 pistols – factory original equipment placed there by the manufacturer.

That’s the big difference here – the bushing modification to the Accu-Shadow isn’t OEM. Yes, it’s in the CZ Catalog, but just because a thing is listed in a catalog doesn’t make it OEM. As a sharp commenter pointed out yesterday, you can frequently buy Roush Mustangs from the Ford Dealer, that doesn’t mean that Ford offers those parts.

This is a frustrating issue for many shooters, and I believe that the timing makes it worse. I honestly feel that if this ruling had been made after the match, and the affected shooters allowed to shoot in SSP with their Accu-Shadows, that would have been the best choice. As it is, there are at least four people affected by this ruling who will now need to bring alternate guns to the match.