For some reason, I decided it would be fun to try to an answer a question that has been the source of many forum slapfights. Yesterday I looked at both sport’s classification systems, and from that was able to determine…basically nothing. USPSA does a better job of breaking shooters down into tiers of skill, and it turns out that the top shooters in IDPA are almost always pretty good USPSA shooters as well. Today we’ll look at match performance and depth of competition. 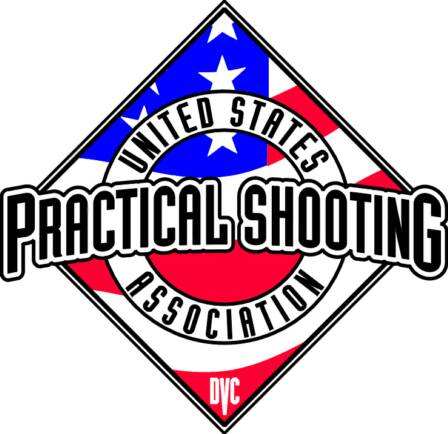 Now, I’ve observed and experienced IDPA shooters struggling with making the transition to USPSA, but it usually wasn’t a result of shooting related challenges. One of the fundamental differences between USPSA and IDPA are the non-shooting demands placed on the shooter. IDPA shooters generally “shoot on a rail” – that is they follow a proscribed course of fire, generally shooting everything from the same position as everyone else. Within a division, the majority of shooters will shoot the stages the same way, with the winners determined by who shoots the COF the fastest and most accurately. What that means is that stage planning isn’t as critical a skill in IDPA, because there’s usually only one acceptable way to shoot any given stage. It’s like traditional kata in martial arts – you’re following a pre-written series of steps.

USPSA on the other hand allows for shooters to come up with their own stage plans, and basically do whatever they want so long as it’s not against the rules. That means that stage planning and mental prep is hugely important in USPSA. What happens frequently in my experience is when people who start in IDPA make the jump over to USPSA, they struggle with the stage planning part of it worst of all. That leads to poor shooting performance, because if you’re trying to think about your stage plan while you’re shooting the stage, you’re going to have a bad time. Does that mean that USPSA shooters are better at shooting? At least in this instance, no it doesn’t. It does however mean that a shooter who primarily competes in USPSA will generally have an easier time crossing over sports because he or she has a better understanding of mental stage prep.

Let’s talk about match performance as an indicator of skill; because that’s a decent way to compare skill level of shooters. But to do that, we have to first talk about depth of competition in a given sport. USPSA has a much deeper field in terms of pure talent. A shooter who just got his GM card in USPSA is going to be better than a shooter who just got his M-card in IDPA. When you ratchet that up to the top of the field, the talent level in USPSA is deeper than IDPA as well; specifically because the top GM shooters with a few exceptions don’t play in IDPA. If you look at the results from 2013’s IDPA Nationals, the top five fastest shooters are all USPSA Grandmasters, with the fastest overall shooting being Bob Vogel. Brandon Wright, Matt Mink, Nils Johnassen, Morgan Allen, and Glenn Shelby are all GM level shooters in USPSA. That rounds out the top tier of IDPA shooters at the last nationals.

From that we can now add a 3rd conclusion to the two established yesterday: at the National championship level, USPSA has a deeper field than IDPA. But what about in individual classes? That’s much harder to calculate for, primarily because class winners aren’t generally household names. You know who Dave Sevigny is, but you don’t know who won C-class at the Production Nationals (Alex Larche, if you’re wondering). You know who Bob Vogel is, but you don’t know who won SSP Sharpshooter at IDPA Nationals (Phillip Bernard). Within individual classes and divisions at the National level, the depth of field is going to be largely the same. You’ll always have the higher skill guys competing to win their class, the middle tier guys, and the bottom third. That is true regardless of the class and division; so it’s difficult to make a straight comparison. Obviously, we’re not accounting for sandbaggers/grandbaggers here, because that’s an entirely different discussion.

At the end of all this, I’ve written over 1400 words in two posts about this topic. Now it’s time for the definite, forum slapfight ending answer to the ancient question: Are USPSA shooters better than IDPA shooters? Ready? “It depends.” There is nothing inherent in the actual shooting challenges presented by IDPA or USPSA that would make one shooter more or less skilled than another at the actual act of shooting. However, USPSA’s non-shooting challenges tend to make dedicated USPSA shooters better at adapting to IDPA than vice versa. Additionally, in my experience dedicated USPSA shooters seem to be, well, more dedicated to practicing on the reg, which does actually translate into getting better at shooting.