At last weekend’s Area 3 Championship, I spent the entire match shooting Federal American Eagle 124 grain 9mm ammo. Federal has been a great supporter of the blog and GunUp the Magazine, and provided the ammo for us to use for testing and evaluation. I shot the entire match with this ammo, and I wanted to make a brief post about it, because it was excellent. 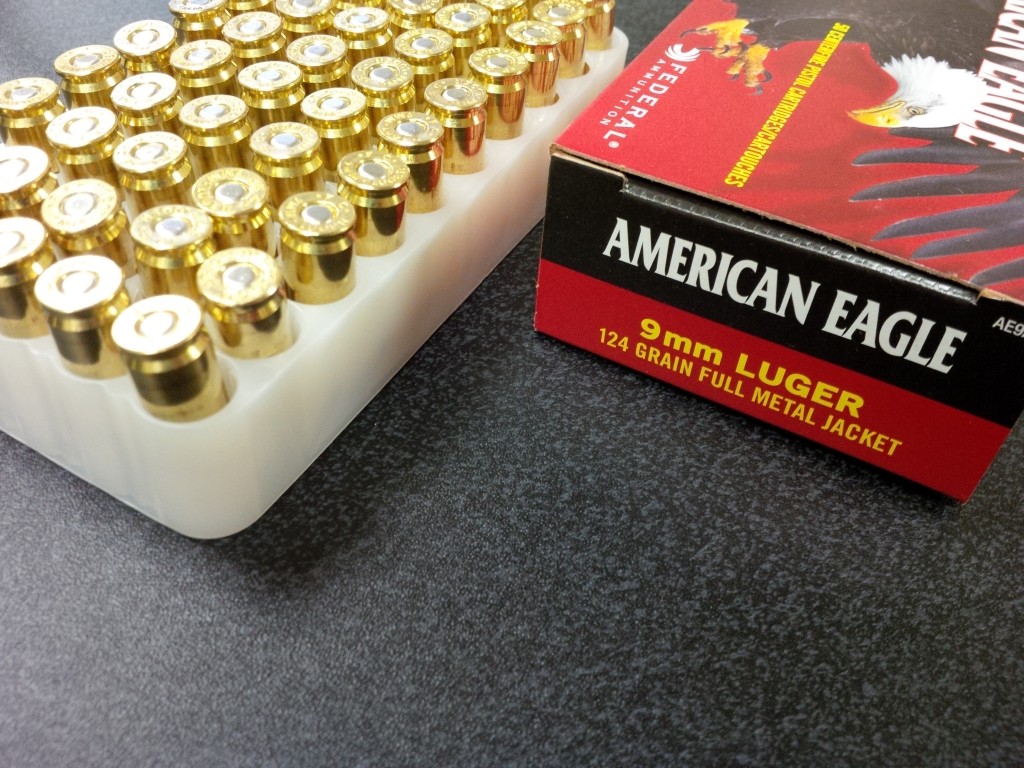 When I actually did this crazy thing called “aiming” the rounds were plenty accurate for the game; what was really impressive to me was their consistency. For those not familiar, major matches like Area 3 have an equipment check station, where your ammunition is checked to make sure it meets the rules for the game. They take a random sample, pull a bullet, weigh it, and then chrono three rounds. The average of those three rounds velocity is used to calculate your power factor. For USPSA, the minimum PF is 125, which with a 124 grain bullet, I would need a muzzle velocity of about 1010 FPS. I like to shoot rounds around 130/135ish power factor. The American Eagle ammo had three rounds through the chrono that went at the following numbers: 1108, 1109, and 1098. That gives me an average of 1105 for a power factor of 137. That will put steel down.

I thought it was neat that the standard deviation of the three rounds was 6, and how consistent they were. It’s nice to see that some factory ammo is still being held to high standards of quality control. I generally recommend American Eagle for high volume practice ammo, and this only reinforces that recommendation.