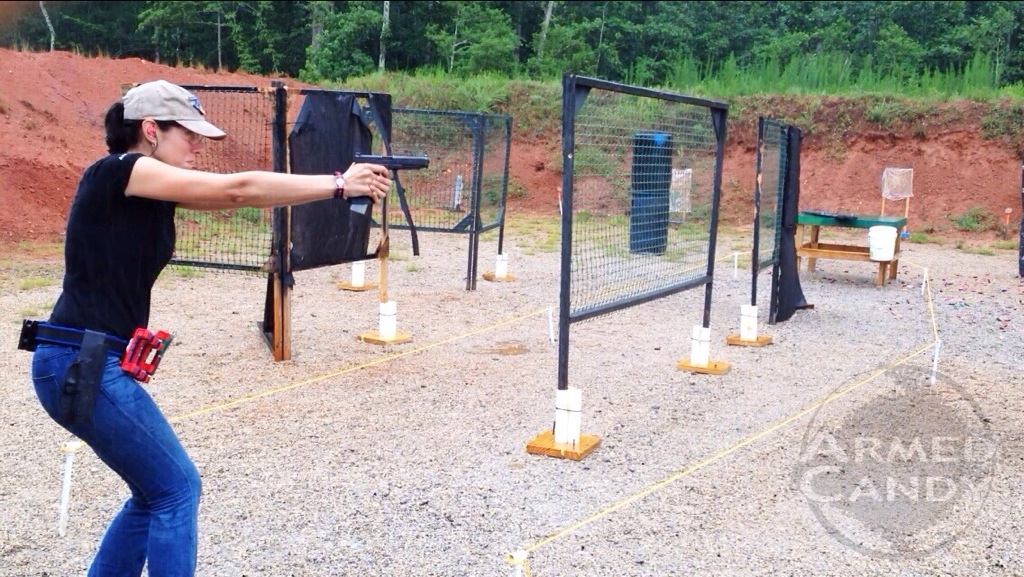 Now that I’ve been submerged in all things 3gun for a minute or so, my understanding of the sport has gone from learning the basics, to removing the obsticles that are keeping me from moving forward. As a complete beginner I needed to learn terminology, rules, and the mindset that is needed in order to successfully get through a 3gun stage. Much of this information could have likely been found in a book. (While this would not have been the best way to learn these ideas, it could have gotten the job done…theoretically.) But the next step of the 3gun learning process is all hands-on. Here are the four biggest issues that have held me back, as my 3gun training moved forward.

Gotta Find a Way to Practice
Static shooting in a lane at the range is ok, but it only works a few of the numerous skills you will need for 3gun. Most of these other skills are strictly forbidden from public and even private ranges. Drawing from the hip, shooting quickly, transitioning between multiple targets and running with guns are just a few of the activities that you will have trouble finding a way to practice. Air soft and laser trainers are one option for running stages in your living room, but obviously these forms of practice are limited. The one place you can count on having the ability to do all the shooty things that are required at a 3gun match, is at a 3gun match! Some people do the best they can at practicing on their own, and then shoot every match they can find in order to learn the other skills they need.

Learning to Shoot but Not Learning to 3gun
The other day I was watching a new 3gun shooter who was a pretty good shot, but who seemed to lack the fundamentals of efficiently running a 3gun stage. I later found out that he was training with a seasoned shooter who lacked any 3gun or competition experience. It became clear that he could finish with much better times, if he were simply taught the methods of 3gun, rather than just learning tactical shooting.

Clinging to Equipment That is Fighting You
I recently noticed the weight of the trigger in my AR. This is not to say that I haven’t always been aware that I had a nice smooth, single stage, mil spec trigger in my gun, but for the first time I noticed myself ready to pull the trigger on a second shot at a target, before my gun was ready. Simply put, it’s time to change out my trigger. Once a gun, or a part has begun to hinder your progress, you must be open to the alternatives.

Squading with Shooters You Know You Can Beat
Within my short list of completed 3gun matches, I have always been the overall weakest 3gunner in my squad. I’ve come out of a few stages with a better time than one or two people, but I am aware that every person I see at a match is better at this than I am, in one way or another. It doesn’t bother me though. I just think of every conversation as a learning opportunity. I also watch everyone shoot and pay attention to what works and what doesn’t. If the only people I watched shoot, were as inexperienced as me, I’d be going nowhere, fast!