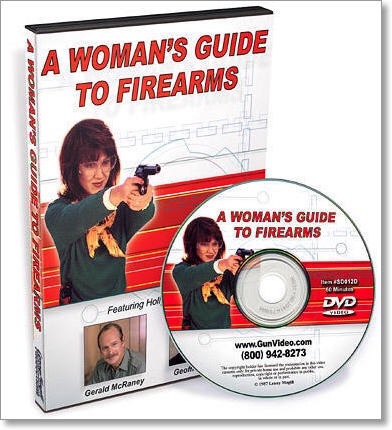 As a predominantly self taught shooter, I respect the gathering of information from multiple sources in the name of learning & growth. Generally, I would put hands-on one-on-one training with a certified instructor who comes highly recommended, at the very top of the list. However, first timers often feel overwhelmed by all the information being thrown at them and many instructors are pretty awful teachers. So when I saw a DVD entitled, “A Woman’s Guide To Firearms” I was too curious not to hit “Buy Now”! And how could I not??!?! Major Dad is in it!!

If you get past the jazzy porn music and the 80’s overacting, this DVD is surprisingly useful. The gun models are somewhat out of date, and we’ve since simplified the seven safety rules to a manageable three, but “A Woman’s Guide To Firearms” could be a very useful tool. I imagine it being watched by a first timer, prior to their first class or range visit. This is where I believe it would be highly useful. The explanations by Mickey Dalton and Mike Fowler of International Shootists Inc. while hokey, could make a great precursor to a beginners course (especially in the comfort of ones own livingroom.) Also, the graphics of internal firearm mechanics, though dated, are the kind of details beginners want to understand, but many instructors leave out of a beginning class, or gloss over too quickly because they are hard to depict. 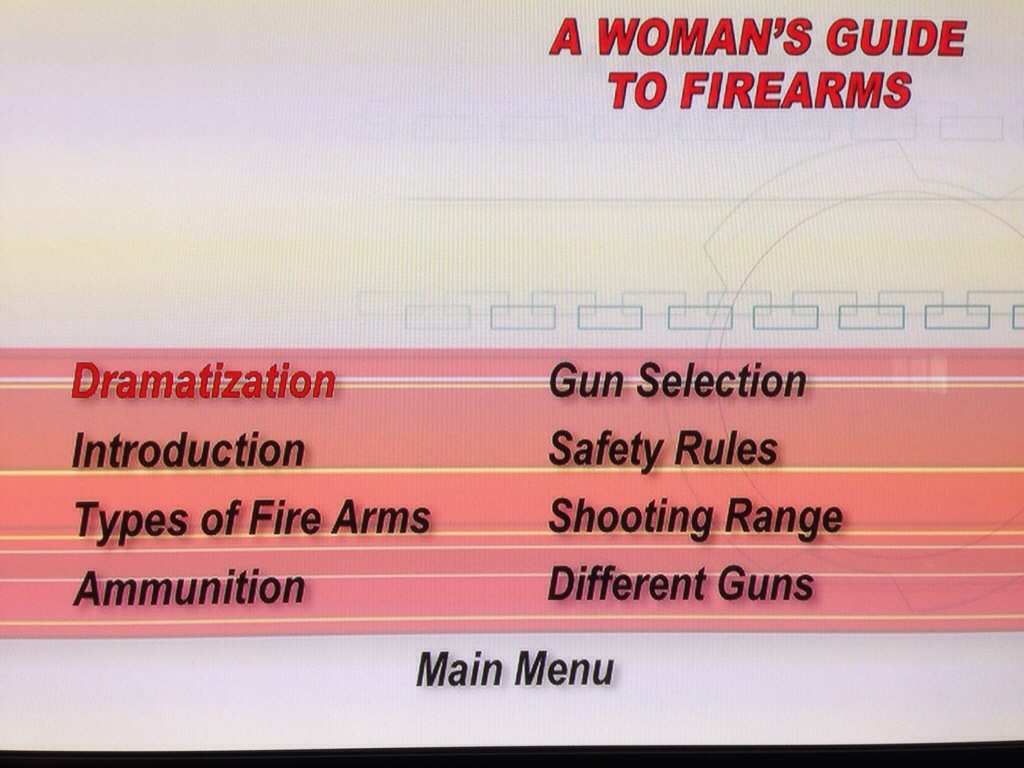 As cheesy as this DVD is, (and boy is it!) I would recommend it and lend it to friends. As much as I chuckled at the script, the ladies’ interactions and conversations where all similar to those I’ve had with gun girls and new lady shooters, repeatedly. I do have to add one caveat however. I went on to www.GunVideo.com and perused their selection. It was surprisingly extensive, (though they had no info on 3GN.) I had bought the DVD on another site so when I got to GunVideo’s own site I went in search of the Women’s DVD. I found it in a section called “Girls & Guns.”

As I clicked, I worried about what other DVD’s might be in this section, and for good reason. There are multiple DVD’s for sale on GunVideo.com in the “girls” section that fall into a gray area just outside of pornography. I would never send a new female shooter to this site for fear she would get a very bad impression of the MEN of the gun world. While I am disappointed at the distributors of the DVD, I stand by my review of it’s instructional merits.