One of the topics we address a lot here is terminal performance from service pistols, and how it’s all basically the same when you’re dealing with calibers from 9mm to .45 ACP. One of the things we don’t cover a lot are terminal ballistics from mousegun calibers, .380 on down to .25 ACP. Generally speaking, mouseguns are what you carry when you can’t carry a proper service pistol like a 9mm, and you’ll see serious ballistic compromises when you do go down to mousegun calibers. 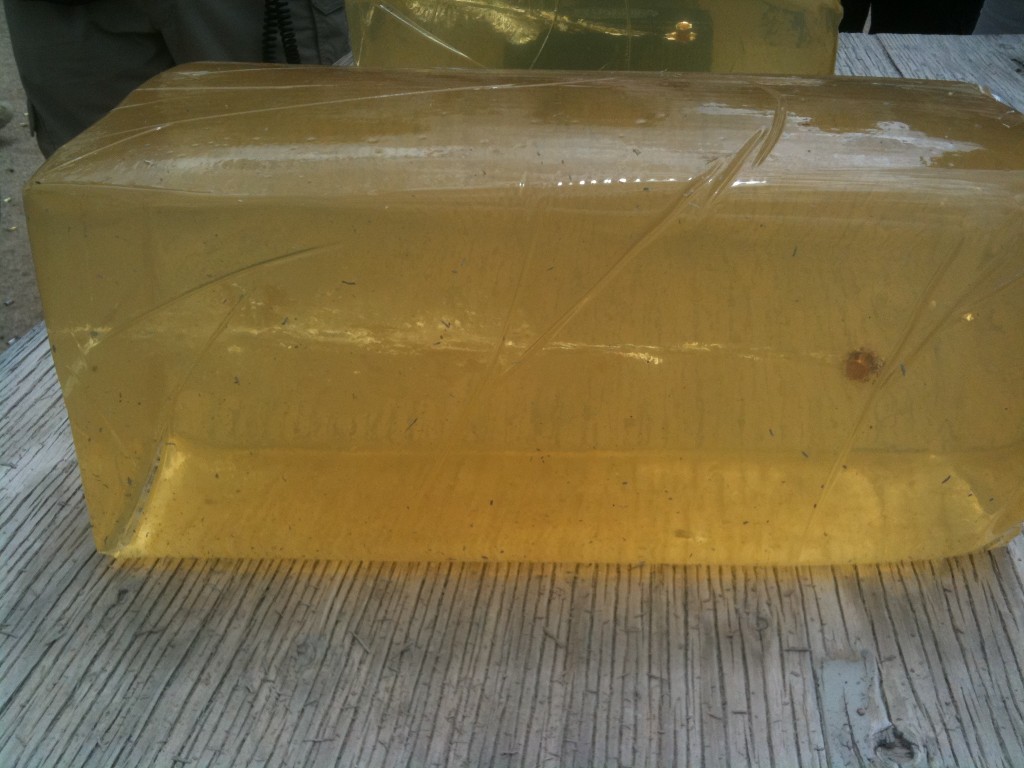 That’s a DoubleTap .380 unobstructed frontal shot into uncalibrated ballistic gel. Unlike a lot of the other gunwriters, I’m not a big fan of .380 out of proper mousegun platforms. I’m a big believer in getting accurate hits, and when you’re dealing with tiny calibers, getting good hits becomes even more important. So when you have guns that are about the size of the most popular .380 on the market, the Ruger LCP I actually prefer them in .32 ACP. In fact, the only Kel-Tec I’ll ever recommend is the P32 (or whatever it’s called) specifically because it’s easier to shoot well than the P3AT or the LCP.

So where do we like .380s? In guns that are about the size of the Glock 42 or M&P Shield. Walther PPk, Sig P232, etc. The Ruger LC380 is a great example of this. This guns are great because they fit the basic requirement of “have a gun” but they’re easier to shoot well than their 9mm counterparts. Yes, you’re making a ballistic compromise, but honestly it’s not going to matter that much.

We’ve established then that I prefer micro-guns in .32, and the small framed autos in .380. Let’s take a second and talk about the two baby calibers, .25 ACP and .22 LR. It’s no secret that I carried a .25 ACP Jetfire for quite some time. It was a great little gun, but only really was a gun in the technical sense. If you’re down to choosing between a .22 and a .25 for self-defense, I’d always recommend the .25 ACP because centerfire cartridges tend to be more reliable than rimfire rounds. That’s pretty much it. Out of the tiny micro-barrels you get on guns in that class, the ballistic performance is going to be marginal anyway. Honestly though, if you’re thinking about a .25, you can probably upgrade a little bit to a .32.

Bullet selection is a much debated topic for the little guns. There are some really great .380 JHP loads that will actually get over 10 inches of penetration, and if you’re carrying a .380 by all means go with one of those…if it’s shootable. That’s the thing I really come back to, and it’s why I don’t ever tell anyone to carry full house magnum loads in an airweight j-frame. If you can’t put steel on target, than all that penetration and terminal performance is totally pointless. I’d much rather have someone who carries a Beretta Tomcat in .32 ACP that they practice with on the reg and carry with FMJ than someone who carries a .45 ACP loaded with 185 grain Hot Death JHP…that they never actually train with. I will generally default to FMJ for rounds smaller than .380, so for .32s and .25s I’d say carry ball ammo. But again, your mileage may vary. In .380s, if your gun will feed JHP and you know the load has been tested and verified to provide adequate penetration.

That brings me around to the last, and most important point. If you are going to carry a mousegun, you have to actually shoot it. Far too many people get a pocket gun and drop it in their trousers, never to train with it. These guns are difficult to shoot well. I’ve actually had people say to me that they don’t need to train with their pocket gun because they’re “just going to shove it into the guy’s belly and pull the trigger.” Well, that’s great…if your self-defense encounter goes exactly how you’ve predicted it will. Protip: most of the time, they don’t. If you’re going to carry a pocket gun, you need to know what it can and can’t do. What your performance limitations with this gun? Can you make an on-demand headshot at 7 yards with it? Does it eject reliably with a compromised master grip? These are important questions that can only be answered on the range.

To summarize, here are my personal recommendations on mouseguns.