I don’t think I’m a particularly good shooter. I reckon I’m ok, nothing special. The reason for that is because the people I compare myself to and the objective standards I use to measure performance say so. If I was a USPSA GM, I’d probably say that I was a decent shooter, but not really in the same class as “real” GMs. If I won a national championship, I’d say “I’m pretty good, but not as good as the best in the game.” I’d imagine that Eric Grauffel knows he’s good, but he also knows he could be better. Because we’re nowhere near the pinnacle of human performance in the shooting sports. 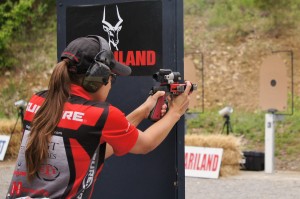 If you follow real sports like baseball, hockey, or football you’ll know the amount of money and #science that goes into improving performance in those games. There is nowhere near that amount of money or science going into the shooting sports; it’s not even a close comparison.

Ultimately, your definition of “good” will come from your goal. Is your goal to be able to keep all your shots in the black? Then “good” for you is going to be different than “good” for someone who wants to be a national champion. It’s just the nature of the beast. The secret to happiness in your performance is having a clear understanding of what your definition of good is, and not allowing other people to influence that in a direction that doesn’t make you happy. Because ultimately, life is too short to not have fun with it. If shooting or training ever becomes a terrible drudge, maybe it’s time to find a new hobby.