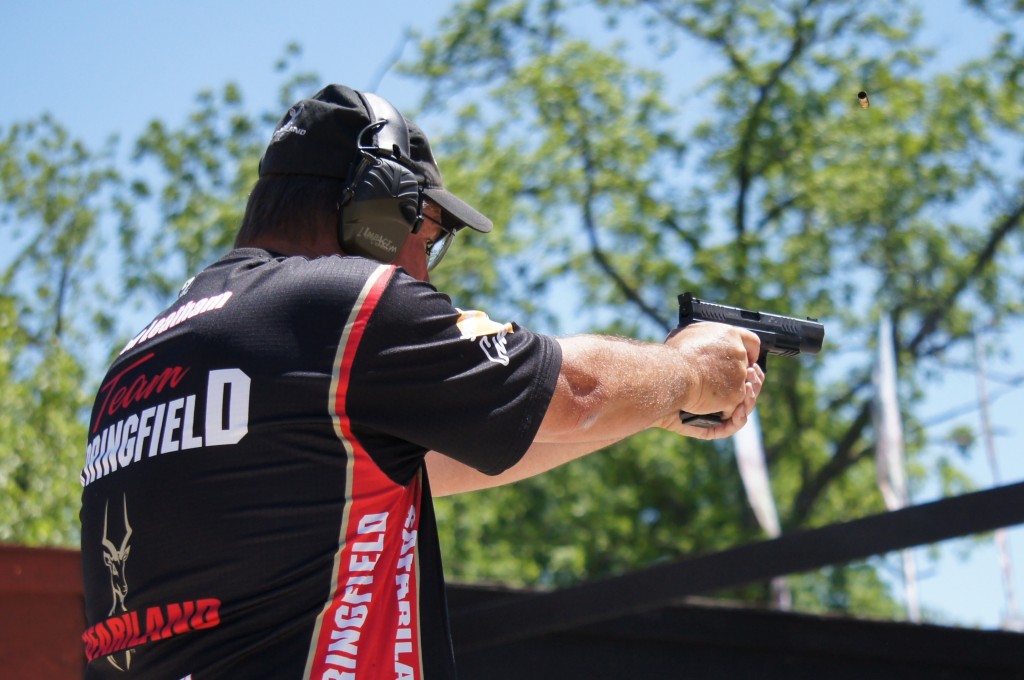 By winning the 2014 USPSA Nationals, Rob Leatham has become the only person to win the National Championship in every single USPSA Division. Rob has won the Limited title many times, Open in 1995, L-10 multiple times, Single Stack multiple times, Production in 2006, and now Revolver in 2014. That is a historic accomplishment no matter which way you look at it.

Prior to Rob’s victory, Julie Golob of Team S&W had won the Women’s title in all six divisions as well, but until Rob won revolver no one had ever won the overall National Championship in ever division. Rob beat over 100 other shooters in Revolver division at the 2014 Nationals, coming out with a 0.547% win over David Olhasso. There is a reason they call him The Great One. Congratulations to Rob on his incredible, historic achievement.