Sometimes more is better. Despite my concerns about the future of USPSA in the post below this, there was a very interesting note from the USPSA Revolver Nationals. As many of you know, USPSA changed the rules for revolver division recently to allow for 8-shot revolvers scoring minor powerfactor in revolver division. That makes Revo somewhat mirror Single Stack. In Single Stack, you can run a 10-shot minor gun, and in revo an 8-shot minor gun. The difference is that most Single Stack shooters usually opt for the 8 round major PF guns. However, this year at revolver nationals, all 10 of the top 10 shooters were using minor PF guns. 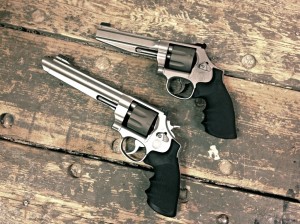 In fact, only three of the shooters in the top 25 used Major PF guns. I actually wondered how this would turn out, because the Single Stack Nationals are set up in a way to encourage using an 8-shot major gun; I wanted to see if the stage design would push shooters one way or the other. It looks like I have my answer on that topic.

Of course, what this really makes me want to do is get my 929 all tuned up by Apex and go shoot a bunch of USPSA revolver now. Because shooting a six shot gun in USPSA is pretty much the definition of misery (hooray for standing reloads) but an 8-shot gun can be a lot of fun. No standing reloads? Sign me up for some of that. It also makes me want to get a 1911 in .38 Super and shoot Single Stack in Minor, because I do actually believe that’s the way to go for Area matches with a SS gun. More bullets = more better, in my opinion.

Of course, what I really want is for Single Stack to allow the Browning Hi-Power as well, so I can finally have a really good reason to buy a Browning Hi-Power Practical. Which I need. Because of reasons. But back to the point, I’d like to see more of this from USPSA: options. In Limited, the capacity advantage for Minor doesn’t really make it worth the points tradeoff, and the same applies to Open. Could USPSA change it to make things more interesting? Would you like to see USPSA expand the Production rules to allow 15 rounds in the magazine to match up to IPSC?