In the mid 2000s, the Sci-Fi channel was full of space-age guns as props in television shows. Two of the most prominent were the FN PS90 in Stargate SG-1 and the Beretta Cx4 Storm in Battlestar Galactica. But in the real world, which of these two lightweight carbines stands on top of the sci-fi gun heap?

FN PS90
The PS90 showed up in Stargate SG-1 as the primary weapon of the Space Assault Guys, or whatever they were called. Of course, it was in its full rock-and-roll P90 version with the stubby barrel. Its primary roll in the show was full auto magazine dumps in the general direction of badguys, A-Team style. Still, it looked cool, and that’s important. In fact, it looked so cool that it was originally used in Battlestar Galactica. The prop department of BG eventually dumped it specifically because it was all over SG-1, and they didn’t want their cool gun to be the same as the other show’s cool gun. 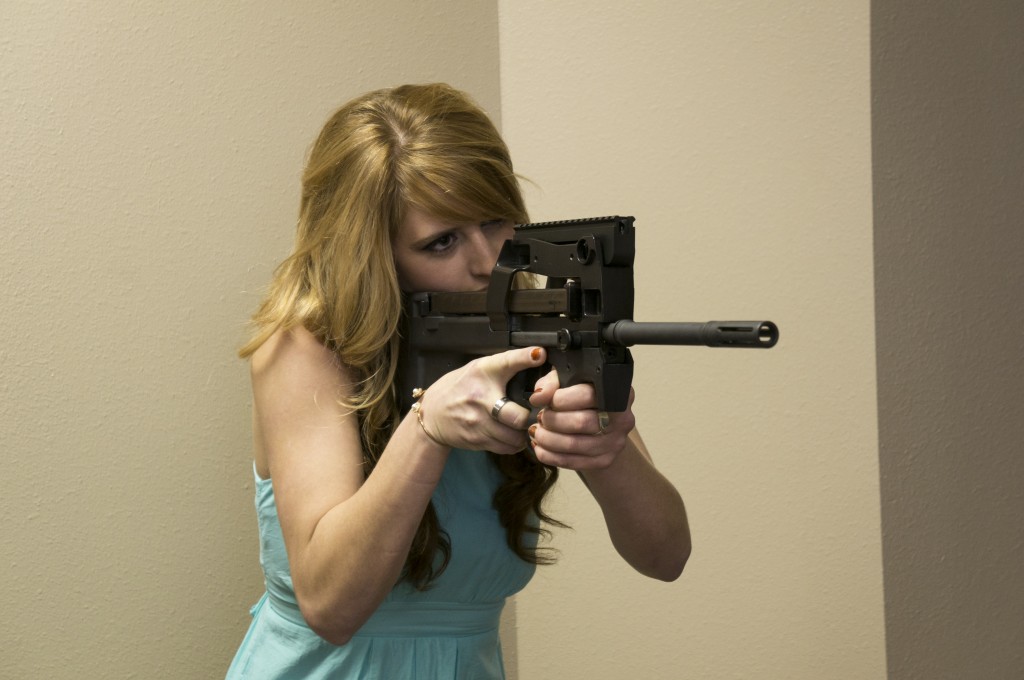 In the real world, the PS90 is chambered for the unique 5.7×28 cartridge. It is generally only available to civilians with a 16 inch barrel, which remains quite compact thanks to its bullpup configuration. Like most bullpups, the trigger is spongy and soft, and the support hand is positioned very close to firing hand when gripping the weapon. However, it’s easy to forgive the PS90 for the general ergonomic awfulness of bullpups, because of its 50 round magazine, which loads from the top of the gun. It’s actually easier to reload than a conventional bullpup, because at no juncture do you need to stick a magazine in your armpit. Plus, it’s 50 rounds of fun.

Beretta Cx4 Storm
The Cx4 Storm made its Sci-Fi debut in Season 2 of Battlestar Galactica, as the primary long gun of the Colonial Fleet Marines. Knowing that the Storm carbine is generally chambered in 9mm, it requires a bit of a stretch of the imagination to see it taking down armored Cylon warriors, but hey, it’s called science fiction for a reason. 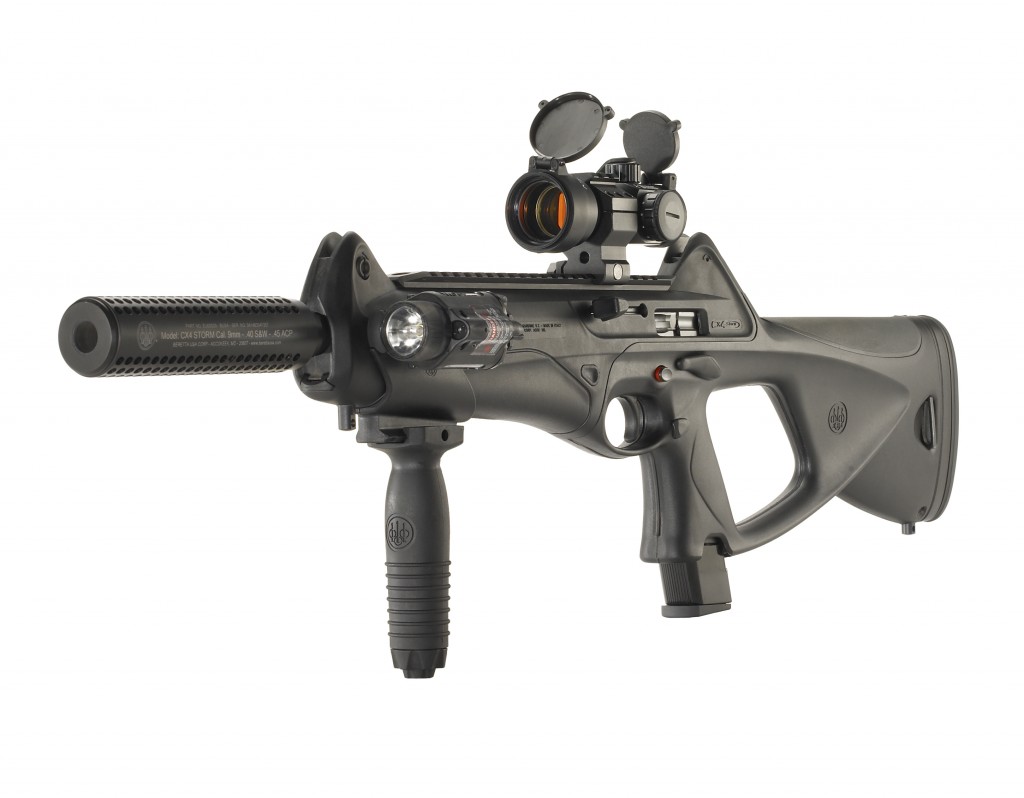 In later seasons of BSG, the Storm would be supplemented by the even smaller caliber HK MP7, but for most of the show’s run it was the primary long gun featured. In real life, the Storm is a neat design – a straight blowback carbine available in 9mm, .40 S&W, and even .45 ACP. It’s designed to share magazines with Beretta’s 92 series and Storm line of pistols. Back in the late 90s, there was a push in law enforcement communities to issue officers pistol-caliber carbines that shared magazines with their duty guns, giving them the ability to make longer range shots than a pistol or shotgun offered. Obviously, the current trend is to simply issue a proper rifle to officers, but still to this day the pistol caliber carbine offers some advantages and fun for the budget/recoil sensitive shooter.

The Winner
First, it’s important to note that Battlestar Galactica was a much better TV show than Stargate SG-1. That in itself is import. What’s even more important is how these guns would be used by the average shooter. The PS90 is cool, no doubt about that. But it’s designed around a boutique cartridge that’s really best when used full auto. Ammo is expensive and not always easy to find in 5.7×28. The gun is also expensive, with retail well north of $1,000.

On the flip side, the Cx4 Storm is available in 9mm, which is (generally) readily available and extremely versatile. It would make an excellent home defense carbine, or a fun rifle to shoot out at the range. Ammo is cheaper, easier to find, and the gun itself is much cheaper, usually retailing for around $600.

The PS90 would be the choice if all I wanted was to look cool. The Cx4 Storm however is the overall winner – it looks cool, and it’s just a bit more practical for every day life.