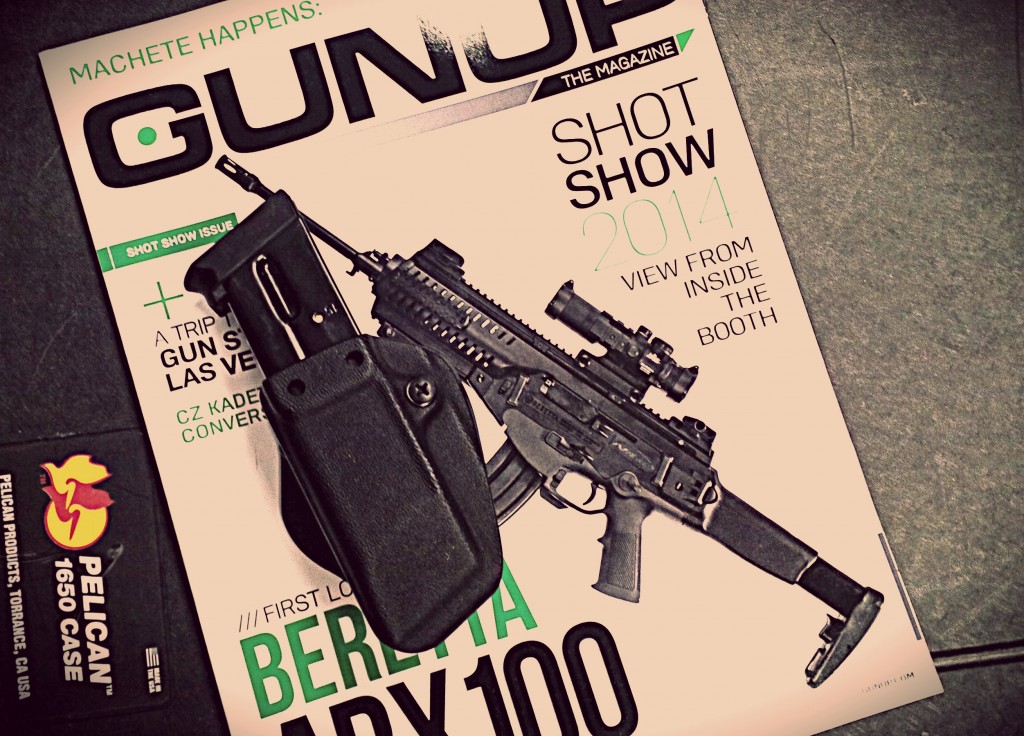 The GCode single magazine pouch is a single piece of injection molded plastic that uses a single screw for retention at the top of the carrier body. The belt attachment is an easy-on/easy-off clip which appears to be sized for a 1.75 inch wide belt. The retention level was set so tightly when I took the pouch out of the bag that after I had successfully removed the test magazine, I half expected to be crowned king of England. However, the single phillips head screw is easy to adjust, and setting the pouch to a more reasonable retention was a piece of cake. 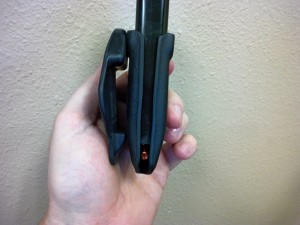 Once retention was set, pulling a magazine from the carrier was very fast, thanks in part to the front opening of the pouch. It feels like there’s less drag on the front of the magazine when you’re pulling it from the carrier than there is with similar high-bodied carriers. That brings us back to the design of the carrier – it holds the magazine very deep, much deeper than I’d like, actually. However, I understand that this magazine carrier wasn’t designed with competition in mind. Unlike my low cut Comp-Tac or Blade-Tech pouches, which were engineered with the gun games in mind, this is obviously designed more for concealed carry.

As a CCW pouch, it works just fine. While it won’t conceal under an untucked extra-smedium polo from Baby Gap, it works just fine under an open shirt (preferably red and Hawaiian) or under a vest. The paddle attachment makes it a little to large in profile to be a great magazine carrier for CCW, though. I’d prefer belt loops like the Blade-Tech Eclipse pouch.

To sum up the CGode pouch, I’ll have to borrow a phrase from Jeremy Clarkson. He said, when describing a Toyota Corolla hatchback “that is some car” – meaning “yes, that is a car, and it will do various car things, but none of them spectacularly.” The GCode single magazine pouch then is “some magazine pouch.” It’s $22, so it’s not cheap, but it’s not crazy expensive. It’s not great for competition, and it’s not great for concealed carry, but it will do either reasonable well if asked to.