Technically, this is a 498 round update, but so far the LH9 has ticked along pretty boringly. In this case, boring is a good thing. Exciting guns are ones that constantly malfunction and I have to spend time and energy figuring out why they’re not acting the way I want them to act. 1911s are frequently exciting. So far, the LH9 is boring in all the right ways. 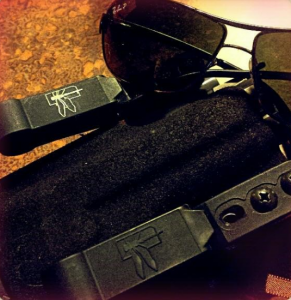 I’d give you a stats breakdown, but 498 rounds with zero malfunctions is it. I’ve run it through various drills and exercises, and I will share some of those here. The first is about the DA+ trigger system, which is definitely taking some getting used to. I’m trying really hard to resist the urge to stage the trigger, which is something I illustrated in this video. When I’m shooting quickly, it’s easy in DA+ mode to just pull the trigger straight through and not stage it. However, when I’m taking a precision shot such as on the Practical at 25 or 50 yards, or shooting Dot Torture, the temptation is really strong to stage the trigger to the SA notch and then finish it from there like a SA gun.

When I shot Dot Torture on Friday, I deliberately avoided staging the DA+ part of the trigger. That led to the worst Dot Torture score I’ve put up in a while, a 42/50 at 5 yards. The big problem I’m having is that when I’m shooting a traditional DA trigger such as a wheelgun, I just roll through it slowly on tougher shots. The LH9’s DA+ means that a “slow roll” method stops at the SA notch. I may just start using it like that for tough shots. Just pull it to the SA point, and then go from there. At 50 yards on the Practical, I couldn’t not do that. There’s just too much fine sight alignment that needs to take place at that range for me to quickly race through the DA+ first shot.

I’m genuinely liking the LH9. I’ve got a shipment of ammo coming in tomorrow with some of my favorite 9mm bullets, 115 grain Hornady XTPs loaded in it for me to test. I want to see just how accurate this gun is with the gold standard of JHPs!