I just realized I’ve never owned a Glock 19. I had to think about it pretty hard, because I’ve owned the following Glock models:

But never a 19. Despite the fact that it’s the first carry gun I recommend for people, I’ve never actually bought one with money. Weird, right? But being a gunwriter takes you down a lot of strange gun roads, I mean right now I’m carrying a DA/SA pistol imported from S. Korea that takes 3rd Gen S&W magazines in an appendix holster designed by Travis Haley. And you know what? I like this gun a lot. 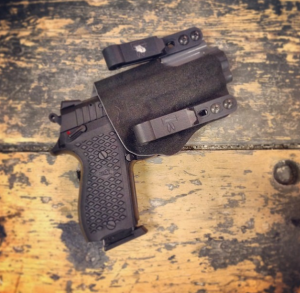 That’s just an example of some of the strange roads I never thought I’d be travelling. I’ve been running this blog for 8 years now, and it’s taken me to places I couldn’t have possibly imagined. If you’d told me in 2008 that my blogging would have turned into a full-time job, two successful companies, and opportunities to literally travel the world I would have laughed at you and gone back to work at the hotel I was managing at the time.

But this post is about guns, and that’s the weird thing. I own an AK and a Scout Rifle right now, but no ARs. Why? I don’t really need an AR for anything. I have a single action revolver in .357 Magnum and a single-stack Beretta 92, but no Glocks. Not a single one in my possession right now. But hey, it’s no big deal. One of my co-workers noticed that I don’t really get attached to guns, and that’s true. I’ve had a few guns that I’ve really liked, some I regret that I’ve sold, but mostly guns are like baseball bats to me: they have a purpose, I use them for that, and I don’t really get attached to them. In fact, the only guns I’ll never, ever sell are the three that my father gave me as gifts. Those I’m keeping.

I will say by way of concluding this rambling, introspective piece that I love my job. It’s afforded me many opportunities, and I get to play with all kinds of neat guns I’d never otherwise get to use. Who knows what could happen, next month I could be knee-deep in Glock 19s…