Human beings are very complex creatures. Our function in day to day life is a blend of learning, life experience, social convention, deductive thinking, inductive thinking, emotion, and chemical interactions that can combine to create sometimes unpleasant outcomes. I say “sometimes” because most human beings abide by social expectations in their visible interactions with other human beings most of the time. Social expectations are powerful things that we tend to observe reflexively and we expect others to do the same. Think about it…what is your expectation when you ask someone “How are you?” You expect them to answer with some variation of “Fine.” You do not expect them to launch into a long tale of personal tragedy or personal triumph, and if they do you’ll probably be rather put out with them. True, you asked the question, but you asked the question because it’s an expected social custom and in turn you expected them to observe the custom of giving a brief response that all was well. 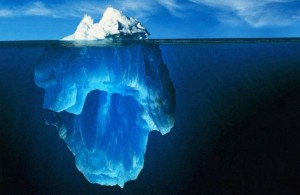 Our expectations of others based on social conventions is often at considerable odds with the complexity of human nature. On the one hand we experience the world and its problems, and we feel conflict within us as sometimes we want to do things that may defy the unwritten (or even written) rules of society…and yet a number of us don’t seem to really grasp the idea that other human beings are experiencing the same things. Social convention and even criminal code may require certain behaviors from people but that doesn’t mean that the person you’re dealing with at any moment is going to comply with any of that. Perhaps they’re going through some sort of personal trauma or period of stress in their life which has drained their emotional reserves to the point where they’re on the ragged edge and ready to take someone’s head off. Perhaps they’re a genuine sociopath who would just as soon kill you as look at you. Perhaps they’re a bully who has used aggression as a successful strategy for getting their way while others have become passive, so the bully hasn’t yet learned what happens with you try it with the wrong person. What we’re seeing of a person at any one moment is almost certainly not a complete picture. Just like an iceberg, there is probably a lot more under the surface.

Ordinarily a group of three males looking at a single unarmed female that got mouthy with them wouldn’t perceive her as a difficult threat and they’d be right the overwhelming majority of the time. Every now and then, though, the single unarmed female telling them to not be so impolite in the theater is an Olympic gold medalist in Judo:

The guys who assaulted her likely thought that Ms. Rousey probably hadn’t actually been in a real fight before and that they could rough her up and shut her up relatively easily…which would be a relatively safe assumption based on their interaction with young women prior to that moment. (Especially the sort of young woman you’d encounter in a screening of Juno) It’s possible to become so accustomed to categorizing others based on appearances and brief interactions that we can miss signs that the person in front of us isn’t really fitting into the mold, or to become so emotionally invested in our desired end result that we miss some pretty glaring warning signs. The guys who misjudged Ms. Rousey got beat up by a girl in a dress and heels (in front of an audience, no less) because they severely misjudged what was below the surface. After they laid hands on her once, she stated that if they did it again she would do something about it. When someone calmly looks you in the eye and says, basically, do that again and there will be consequences…well…it’s a sign that you may have severely misjudged them and any confidence you had might well be misplaced.

The defense minded individual should always keep in mind that they are interacting with icebergs. Failing to do so can lead to life-changing results:

Interestingly enough, this also happened in a theater, only there’s no cute story to tell the press when you’re doing promos for an upcoming fight. In this instance a moviegoer who took umbrage at another customer’s use of a cell phone during the movie previews apparently decided he was going to take it upon himself to enforce his social expectation that someone not use a phone in the theater. I’m sure we can all sympathize because we’ve all probably been in a movie when some silly bastard actually carries on a phone call during the movie. It can be annoying, and reminding somebody that there are other people in the world is sometimes necessary to stop boorish and unpleasant behavior. I don’t believe the man with the cell phone was doing anything more than texting with his phone in this instance, which some people may find annoying but isn’t in the same league as someone yakking to the point where they’re competing with the movie.

Unfortunately it didn’t stop there. By all accounts there was some back and forth between these two. The offended patron went to get a manager and then returned to his seat before management showed up. Instead of letting management deal with it, he apparently decided to broach the topic yet again.

Maybe the guy with the cell phone was being an inconsiderate jerk. Then again, maybe the old guy waging jihad on the issue was making a federal case out of a minor issue. What is certain is that the old guy kept pushing despite obvious signs of agitation from the guy with the cell phone. This is where we’re getting into iceberg territory. The complaining patron either didn’t perceive that the man he was talking to was becoming more and more agitated or, likely, didn’t really care because dammit HE SHOULDN’T BE USING HIS PHONE!  The guy with the phone likely didn’t perceive the old guy bugging him about the phone as much of a threat and perhaps allowed his perception of some nosy old dude giving him grief to impact the level of emotional control he exhibited in the situation.

Personally I don’t find thrown popcorn after a prolonged back-and-forth over a cell phone to be sufficient justification for the use of lethal force in this instance, but I expect a jury will eventually settle that question for us. Whether it is ultimately ruled a good shoot or a bad one isn’t really relevant to me…what I think is important here is noting that this was an unnecessary event. This wasn’t defense against a street robbery or a home invasion, it was a trigger pull that happened when two people got more pissed off than they should have about something minor and kept the situation going without seeking to deescalate. And one of them had a gun and apparently very little hesitation about using it.

When you’re interacting with a stranger, especially an annoying one, it’s easy to allow your emotional impulses to suck you deeper into a conflict instead of thinking your way out of it. If you are carrying a firearm for personal defense you absolutely cannot fall victim to this. Odds are if it’s reached the point of some sort of hostile interaction with another human being then you’re dealing with someone who is in the emotional vortex and “winning” with them isn’t going to happen. You absolutely cannot tell what someone is capable of in the brief social interactions we have with strangers. Heck, you don’t even know what people you interact with regularly are capable of. I’ll remind everyone that the BTK killer was a deacon at his church. I’m sure nobody at Sunday School recognized Dennis Rader as a stone-cold psychopath who got off on torturing and murdering other human beings when he wasn’t signing “Blessed Assurance”. You may think you have it handled but it’s really easy to think that one second and end up bleeding on the ground the next.

The defense-minded individual would do well to use the iceberg theory to guide their interactions with others. Keep your emotions out of it. Seek to avoid when practical, deescalate when possible. If you see a stupid situation forming, get the hell away from it as soon as possible. If you don’t and it devolves to the point where you actually need to resort to violence I assure you that you’ll regret not having hit the eject button earlier. You’re afloat on a sea of other icebergs. There’s not much you can do about that. You can usually avoid a collision with one.