The Ruger GP100 Match Champion is Ruger’s serious entry into the IDPA/ICORE Competition revolver market. Now that our primary testing sample is over 500 rounds, it’s time for a proper review of the gun. So far, we’ve put 503 rounds through the GP100 Match Champion. It’s been accurate, pleasant to shoot, and represents a serious choice for an IDPA or ICORE classic competitor. 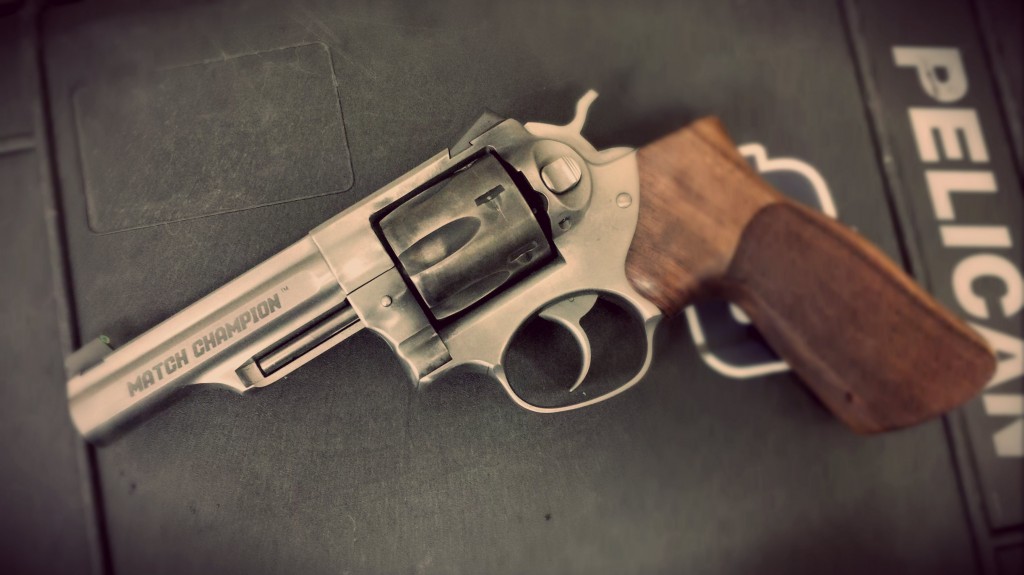 The GP100 Match Champion is clearly designed to compete heads up with S&W’s similar 686SSR offering. It is a 4 inch (4.2, technically) revolver, chambered in .357 Magnum with fixed Novak rear sights and a green fiber optic front post. The barrel has a slab-sided appearance and uses a half underlug, lending a racy appearance to the normally chunky GP100. The cylinder is also beveled at the front, further slimming down the revolver. In fact, the GP100 Match Champion weighs in at 2.2 pounds, compared to 2.4 pounds from the standard 4 inch GP100.

What we like
First off, I do like the looks of the gun. The standard GP100 was always kind of a chunky, homely looking thing that lacked the graceful appearance of the S&W rivals. The GP100 Match Champion is still bigger and bulkier looking, but now its look is more in line with a strong Crossfit athlete to the standard GP100’s bulky powerlifter physique.

I like the gun’s accuracy as well. Shooting Magtech’s 158 grain LRN, it produced a 1.9 inch group at 20 yards off a sandbag, which is pretty solid for cheap blasting ammo. 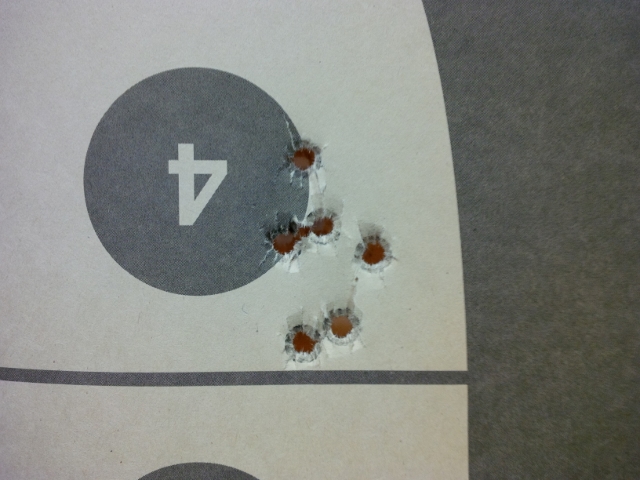 From the factory, the gun came with a pretty solid trigger already. It was smoother than any other non-gunsmith’d trigger I’d used, and benefited even more from a simple polish job and a spring change. The grips are also very nice; they initially didn’t appeal to me, but after spending some time working with them, I actually now prefer them to the classic rubber w/wood insert GP100 stocks.

What we don’t like
The GP100 Match Champion borrows its sights from the Wiley Clapp model (featured in the February issue of GunUp the Magazine), and I have to say that I prefer them on the defensive minded gun. They’re not bad sights, but on a competition revolver I’d much rather have the old-fashioned adjustable sights that you get on the factory GP100. The green fiber optic on the Match Champion is enormous as well. I did put in an email to Ruger to get an official verification on what type of sights would fit the dovetails they’ve cut into the gun. There are various rumors on the internet, but no solid facts. Once I know more, I’ll post it here. In the interim, I’ve ordered a couple of replacement front sight posts from 10-8 Performace for a 1911, because the front sight dovetail looks just like the dovetail on my 1911. If it works, that will mean we’ll be able to get you info on new front sight posts.

I do wish it came with a bobbed hammer, but that’s a pipe dream, and something that can be easily fixed with a dremel and some care.

The Verdict
I think the GP100 Match Champion is a solid choice for an SSR/Classic division competition revolver. Like the 686SSR it’s going heads up against, it comes from the factory with the majority of items ready to go for competition. The trigger needs work and I wish they’d left the adjustable sights on the gun, but those are not big issues. However, there is one big problem with the GP100 Match Champion: the regular GP100.

You see, a GP100 Match Champion has an MSRP of $900. A regular GP100 goes for around $700. The Match Champion comes with a better factory trigger, better stocks, weighs less and looks better than the standard GP100, but is all that really worth $200? The only real answer to that is “it depends.” Some people value those competition touches, and some people would rather build their own gun. For me, the new GP100 looks so much better, and the factory trigger is actually usable out of the box, so yes. For me, the extra dough is worth it for the new GP100 Match Champion.