One of the big reasons I’m such a huge fan of the S&W Indoor Nationals is that it’s one of the few times of the year where I can test out low-light shooting techniques under real match conditions. Blah blah blah matches aren’t combat blah blah blah; however the truth is that unless I want to go night hunting, shooting an IDPA match in a dark range is the best chance I’ll get to use guns and gear in a low-light environment.

Yes, there are special classes that I can take that would simulate this as well; and there are few good Force on Force instructors that teach excellent low-light stuff. For me however, the match stress induced by a National Championship is plenty of simulated stress to cause me to brain fart, or forget how to reload. 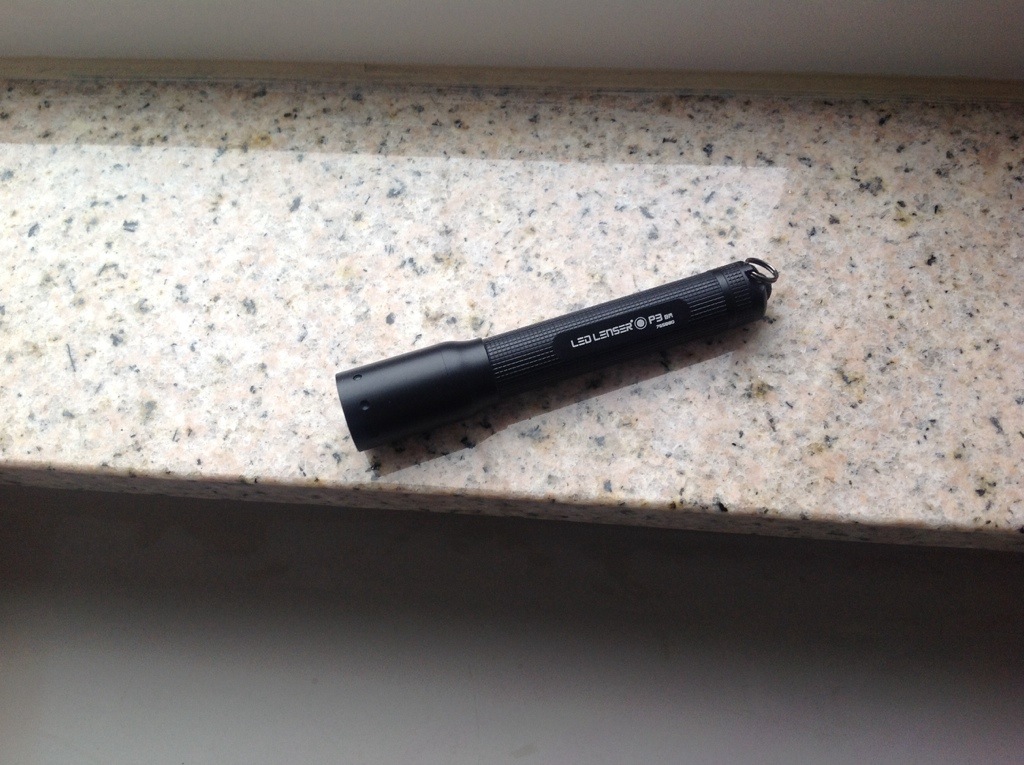 Pictured above is one of the three flashlights I have with me for the match, and it’s a light that I actually do carry every day. The LED Lenser is a 65 lumen pocket light that is basically the perfect little EDC flashlight. I like it so much I actually pay cash money for them. Truth be told, they’re so light and compact that they tend to grow legs and end up in other people’s pockets.

My other gear for the match is keeping it as real as possible. Because I carry a GP100 WC every day, I’m using a 4 inch GP100 as my match gun; the only difference between my match gun and my carry gun is that my carry gun has a shorter barrel and laser grips. Since lasers aren’t IDPA legal, I keep them off my match guns.

Also in the “keeping it real” category is my flashlight technique. I abandoned the gamey method I was using with a Crimson Trace railmaster in favor of something that’s actually practical for defensive revolver shooting. While the RM technique was excellent in the limited scope of playing the game, if I attempted to apply it to the real world, it sort of fell apart. So I switched my light to the TerraLux and LED Lenser, and changed my technique to make it more appropriate.

This is one of my favorite matches of the year. Between Indoor Nationals and the Crimson Trace M3GI, I get two really good opportunities each year to test real gear in the actual low light and no light conditions that it is likely to actually be used in.

How do you train for low light?