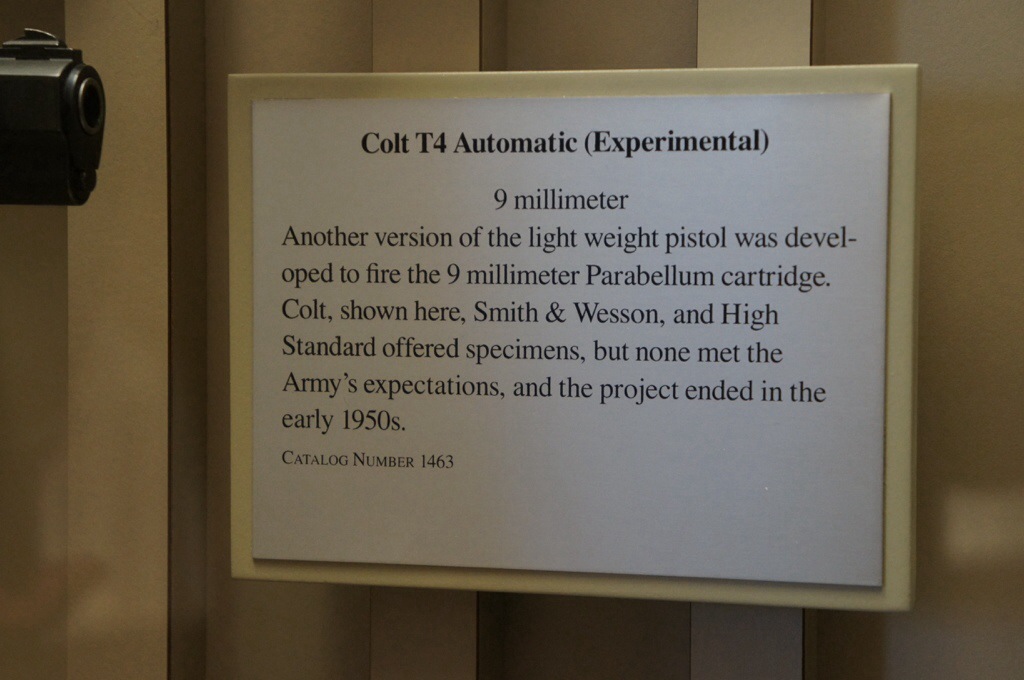 Post World War 2, every major pistol manufacturer was trying to create the new hotness in lightweight sidearms to replace the Colt 1911. Yesterday, we featured a 1911 cast from brass and zinc, proving that nothing is new under the sun. Today, we’re looking at the Colt T4, another attempt to shave weight and create the next fighting gun. 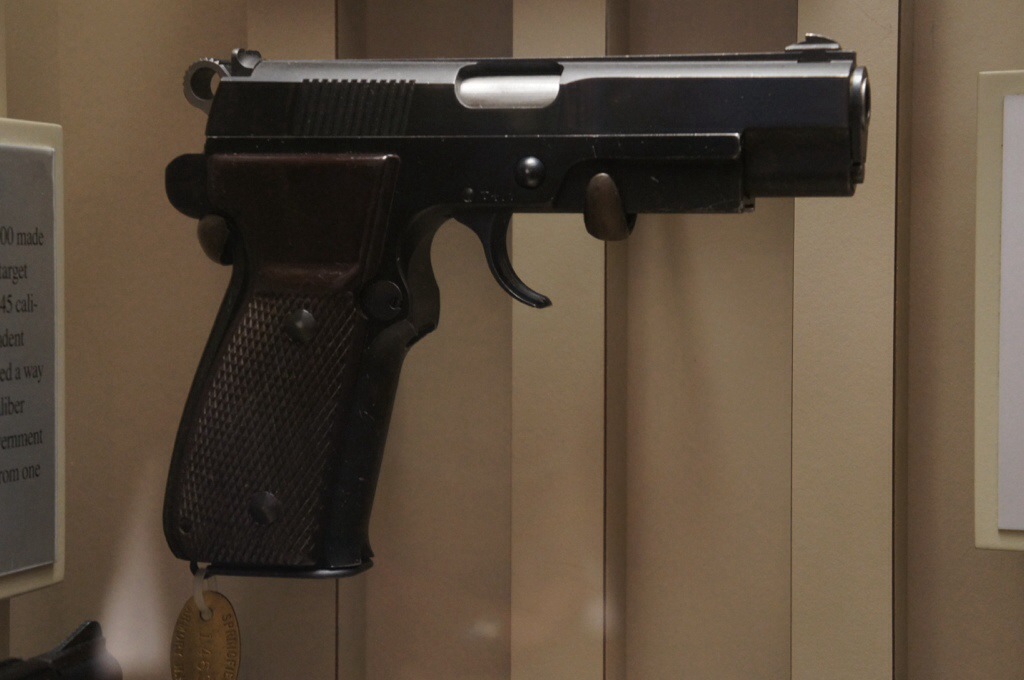 The lower of the pistol is made from aluminum, and apparently was designed without a trigger guard to save manufacturing costs. The top is a cast piece of steel, and who knows what wonders lurk inside the action. The title card at the Springfield Museum is laconic in its final statement that “none met the Army’s expectations”.

One of the neatest things about touring the Springfield Armory in Massachusetts is you realize just how mature firearms technology is. If you handed an M1 Garand to an infantryman from the Union Army, he’d probably be able to suss out how it works pretty quickly. Similarly, we have been experimenting with lightweight alloys and polymers since we discovered “plastic” was a thing you could use for stuff.

Next week, we’ll feature a rare prototype that was intended to “increase firepower” on the battlefield. Never been done before!