A quick update on the Scout Rifle project for those that are following it. Two scopes in now, a Burris 2.75 and a Leupold 2.5 power, both are “Scout” models. Chucked both scopes in a Leupold mount (pictured below) and immediately discovered that the Leupold mount I had on hand placed the height over bore of the sight too high for me to get a proper cheek weld on the stock. 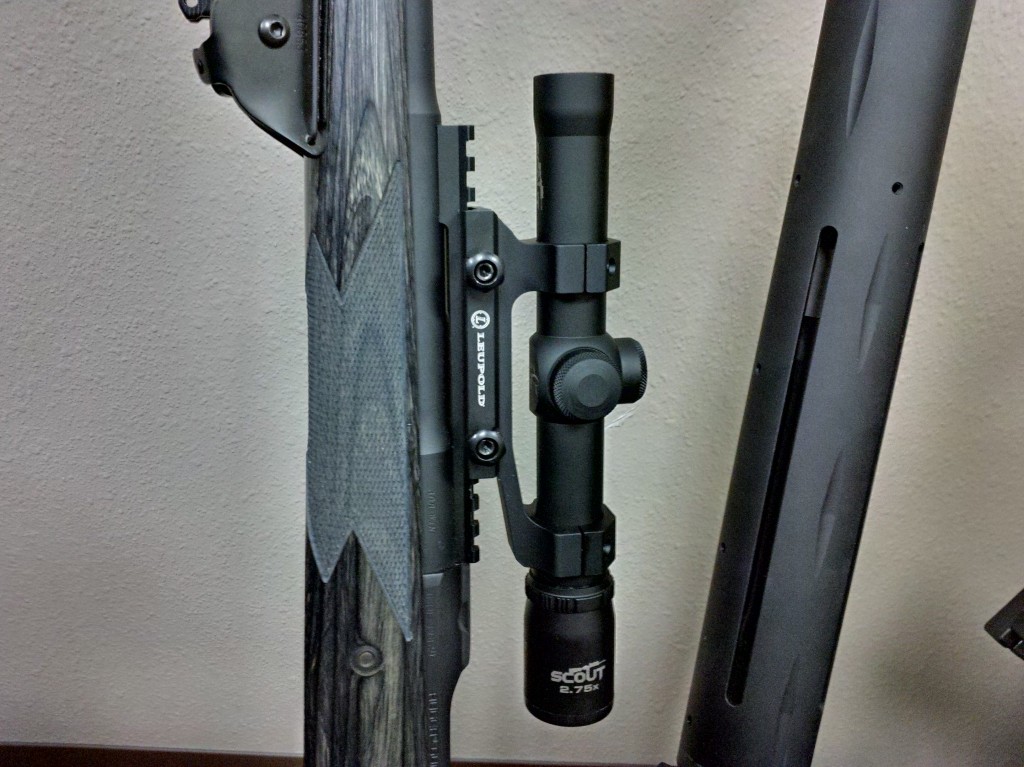 So, the next step will be to order a set of Warne scope rings. Instead of using the AR-style mount we have, the hope is that more traditional scope rings will position the optic closer to the bore, allowing for a correct cheek weld. Getting a good cheek weld is important on this gun because the last thing I want to do is let the gun run back into my face during recoil. So, with Warne rings ordered in “medium” height, I’m hoping that we can get the optic mounted ASAP.

In other news, I’m still working out the sling issue. I’m close, but not quite there yet. I can’t decide between a traditional Ching sling, a Rhodesian from Andy’s Leather, or somehow modding the gun to take a Magpul MS3.

More updates as the work continues!