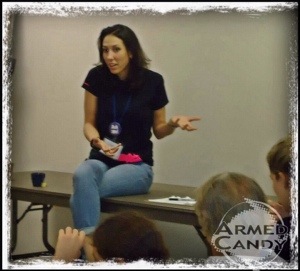 One of my very best friends called the other night , for advice for a friend of his. This girl in her early twenties was about to purchase a handgun and wanted to clear some questions. First, she wanted to know about a gun she’d found at a pawn shop and whether it was a good price. The information she could give me was the brand and the caliber, no model number, but she had been told the the gun was “new in the box”. Next she asked if she needed a carry permit, since she only ever planned to keep the gun in her car. After that, she asked about how to conduct a private gun sale and the importance of a “Bill of Sale. With her questions flying at me from every angle, I realized that this girl would soon be another uneducated gun owner (in my neighborhood) unless I took some control of the situation.

The gun she had found, as was relayed to me, was a “Taurus 9mm” that had “never been shot” because the owner “had to pawn it and then couldn’t buy it back because he was actually not legally allowed to own a gun”. Well that doesn’t sound like a convoluted, story that should scare off a buyer, oh wait, yes it does! Further, whom ever she was planning to purchase the gun, because it was clearly not the pawn shop, only wanted about $250. In my head red flags, bells and flashing warning signs were everywhere, and I told them as much.

Moving on to permit laws in Georgia I told her to get one. Not because a permit was required for a gun that would only be in the owner’s home or vehicle, but because it was just the smart thing to do. If she were ever in a traffic stop (though duty to inform is not currently on the books in our state), I told her having her i’s dotted and her t’s crossed, by informing the officer of the presence of her gun and showing them her permit, would just be the smartest course of action. I went on to tell them that I wanted her to sign up for a class as soon as possible. The response was, “Is that a requirement?” My skin crawled. “No” I said, “It’s just the smart thing to do.”

I love when I get calls like this, because I enjoy helping new gun owners, but if they just want the facts without a few of my opinions, they really should consult the internet instead of me. So much of this girl’s “plans” concerned me, but I didn’t berate her or attempt to dissuade her from her purchase. For her own safety, I only wanted her to do it right. How is it that so many people believe that buying a gun is like buying safety? Why has the message not be received, that the purchase should include, ammo, range visits, lessons, a safe… ?