In the post “Revolvers and Shotguns don’t jam” I mentioned that I would prefer to recommend a semi-automatic rifle to an inexperienced shooter for self-defense over a pump-action shotgun. There were some questions raised in the comments, so today we’re going to take a look at the various factors involved in choosing a rifle or a shotgun for home-defense. 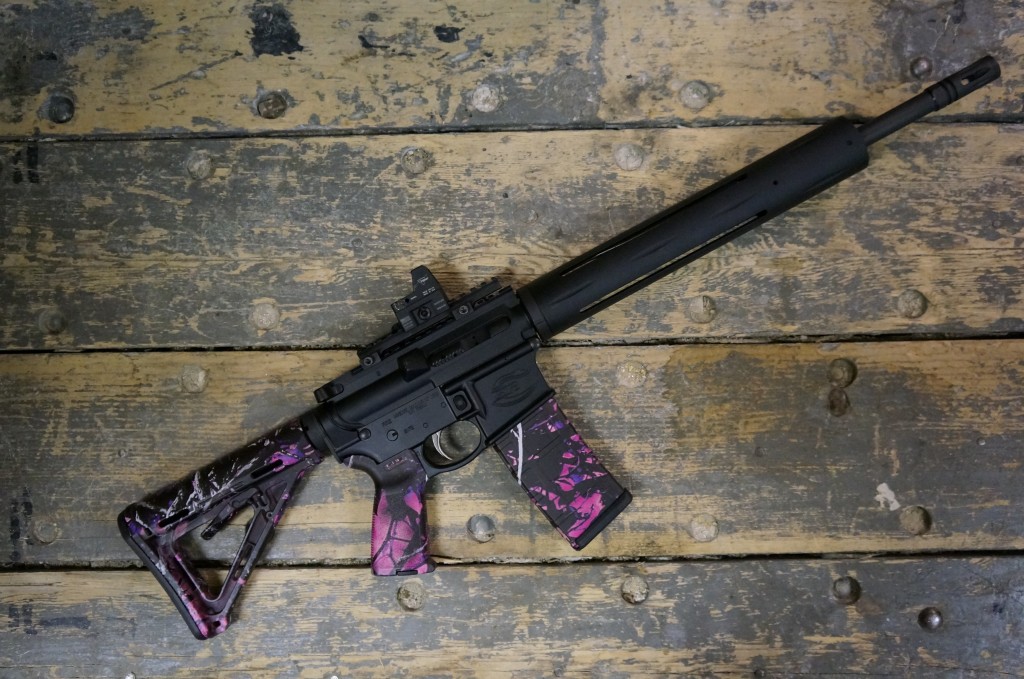 For rifles, we’ll use the ubiquitous AR15 platform, because it’s the most popular rifle in the USA right now. Pump-action shotguns are a fairly generic concept, but for the sake of this post we’ll assume we’re talking about the either Remington 870s or the Mossberg 590 series. There are plenty of other pump guns on the market, and some of them are truly excellent such as the FNH P-12, but to include every single pump would make this a 30,000 work article.

Cost
This is the first area everyone wants to talk about, and it’s a reasonable point to start. Cost absolutely figures into this equation, and it’s not exactly as disparate as you’d think. An entry level AR will probably run you about $700-800 in the current market, and with that you’ll get the vanilla features: adjustable stock, iron sights, A2 flash hider and probably a rail to mount a light on. For $400-600 you can get a similarly entry level shotgun, which will not have good sights, and will likely not have the capability to accept a light anywhere. Climbing the shotgun price ladder to $700-800 dollars will get you a top notch pump gun with good sights, a light capable forend, and higher magazine capacity (8-9 rounds). So for the price of an entry level AR, you can get the best pump shotgun on the planet.

Firepower
I had to think up a category that would combine both lethality and capacity, and because I like trite, cliche terms I went with firepower. Obviously, the rifle has a huge edge in capacity, since it holds 30 rounds. However, the 12 gauge pump action shotgun is the most destructive individual weapon system out there, and is the only gun that can accurately have the term “stopping power” applied to it. 00 buckshot from a 12 gauge creates massive destruction on the target and has an excellent reputation for stopping fights. .223 ammo isn’t as well regarded, however modern JHP loads like our favorite, Hornady TAP are excellent defensive rounds. However, despite the massive power of the shotgun, the edge in the firepower goes to the rifle. 30 rounds is a lot more than 9, and even more importantly it’s a lot easier to get hits with a rifle than it is a shotgun. Contrary to movies, shotguns do not spray a magical cone of death that blows badguys into a red mist.

Shootability
This goes hand in hand with the firepower category, because having all the ammo in the world doesn’t do you any good if you can’t get hits. I won’t waste too much time on this one, because the answer is simple: rifles are easier to accurately than shotguns. They usually have better sights, better triggers, and a less complex manual of arms.

Ease of use
A key reason people recommend a pump action shotgun is because it’s “simple”, while poo-poohing the semi-auto rifle because it’s so complex. Let’s take a quick look at the loading/firing/unloading cycle for both guns:

The reloading process for the rifle is also much simpler as it consists of “put another magazine in the gun”, while the shotgun requires you to manually thumb more rounds into the tube. Additionally, if either guns are carried “cruiser ready” (loaded magazine, empty chamber, safety off) the AR still gets the edge because all you have to do is yank the charging handle, which is easier than pumping a shotgun.

The Verdict: When you break down the pros and cons of a rifle versus a pump-gun for home defense, the rifle ends up making a lot more sense. There’s also the fact that if you want to hit something with a shotgun past 50 yards, you need to do a slug changeover, whereas with a rifle you just shoot at it. I love shotguns, and I do keep several shotguns in the house for defensive use. The current state of technology and the vast proliferation of rifles means that they just make more sense as a home defense weapon than a shotgun. You can get a good rifle with a decent light and optic for ~$1000 if you shop smart (shop S-Mart), and if you really want to fully outfit your shotgun, you’ll end up spending at or near that. Yes, you can get a used shotgun that will be perfectly serviceable for $250, but this post isn’t about home defense on a budget. If you really want the best for home defense, you want a rifle.