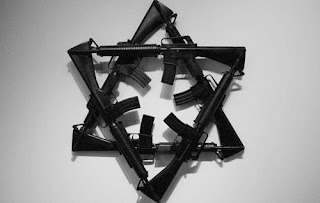 Last week I was at Synagogue on the holiest day on the Jewish calendar. This day is called Yom Kippur, or The Day of Repentance, and we generally observe it by fasting for 24 hours and praying for god to obsolve us of a years worth of sins.

I was following the service along in my prayer book, when particular prayer caught my attention. This prayer is called “Shelter of Peace” and here is the translation I found at http://bit.ly/1eSvbVu :

“Lay us down to sleep in peace, Adonai our God, and raise us up, our King, to life; spread over us the shelter of Your peace. Guide us with Your good counsel, and save us for the sake of Your Name. Shield us from foe, plague, sword, famine and anguish. Remove wrongdoing from before us and behind us, and shelter us in the shadow of Your wings. For it is You, O God, Who protects and rescues us; it is You, O God, Who are our gracious and compassionate King. Safeguard our coming and our going, to life and to peace from now to eternity. Blessed are You, Adonai, Who spreads a shelter of peace over us, over all Your people Israel, and over Jerusalem.”

I have often noticed that to many American Jews, being Jewish and being a gun owner are mutually exclusive. This concept is troubling to me, since I am the living breathing proof that no such rule exists. Yet, when I share with fellow Jews my chosen profession, I often hear, “Wow! That’s so not-Jewish.” It’s at that point that I wonder, how can they say that to me? And, why is that idea so widely held?

Then I see Jewish texts like the one above. This prayer is poised at the opening of a ritual that begs god’s forgiveness for another year’s worth of sins. It asks for protection while we sleep and another day of life when we awaken. Even if we were to take these ideas with the broadest understanding, the prayer would still be asking for an external source to provide us with safety. I don’t often jump on such a bandwagon, but if I had to put this prayer a category, I would call it, “liberal propaganda” at it’s finest. The fact that this concept is written into prayer books that are read by Jews worldwide, is concerning to me, but its timing also raises my eyebrow.

Just as we are begining a holiday about repenting, we throw in a request for gods protection, Intersting… If one were somewhat familiar with a little modern Jewish history, they might be aware that this particular holiday, was once the day for a war opening attack on the state of Israel. On that day in 1973, Israel’s enimies took advantage of a religious holiday (that includes obstaining from food) to gain an upper hand. Its possible, that the Yom Kippur War, could be the premiss for this prayer, because a correlation could be drawn between the state of sleeping, the state of fasting and the state of being defenseless. However, because the wording of the prayer casts a broad net, I believe it allows for readers to interpret its words into their everyday lives.

Now, every translation is different, and the one that I read in the prayer book in my Synagogue, was not the one that I was able to find online. However, this concept of being sheltered by a higher power, is not unversally heald by Jews world-wide. It’s not even an agreed upon ideal withi in our prayer book. Here is another prayer that has a completely different vibe: http://bit.ly/14TnXP0
“Our God and God of our ancestors: In this time of national tragedy and sadness, we ask your blessings for our country, for its government, for its leaders and advisors, and for all who exercise just and rightful authority. Teach them the insights of Your [texts], that they may administer all affairs of state fairly, that peace and security, happiness and prosperity, justice and freedom may once again abide in our midst.
Creator of all flesh, bless all the inhabitants of our country with Your spirit. May citizens of all races and creeds forge a common bond in true harmony to banish all hatred and bigotry and to safeguard the ideals and free institutions which are the pride and glory of our country.
May this land under Your providence be an influence for good throughout the world, uniting all people in peace and freedom and helping them to fulfill the vision of your prophet: “Nation shall not lift up sword against nation, neither shall they experience war any more.”
–Based upon “Siddur Sim Shalom”

This prayer strikes me in a completely different way, because it brings the responsibility of safety back home. It seems likely, that those in the Israeli Defense Forces would not expect that god will keep them safe through the power of prayer alone. My hope is that the “Shelter of Peace” prayer, and others like it, do not foster the concept that “Jews don’t do guns”. I will continue to look for answers and continue to be an outspoken representative for a rare subset. The more we “unicorns” come out of the shadows and allow our voices to be heard, the more others will understand that there is no rule for separating Jews and guns.